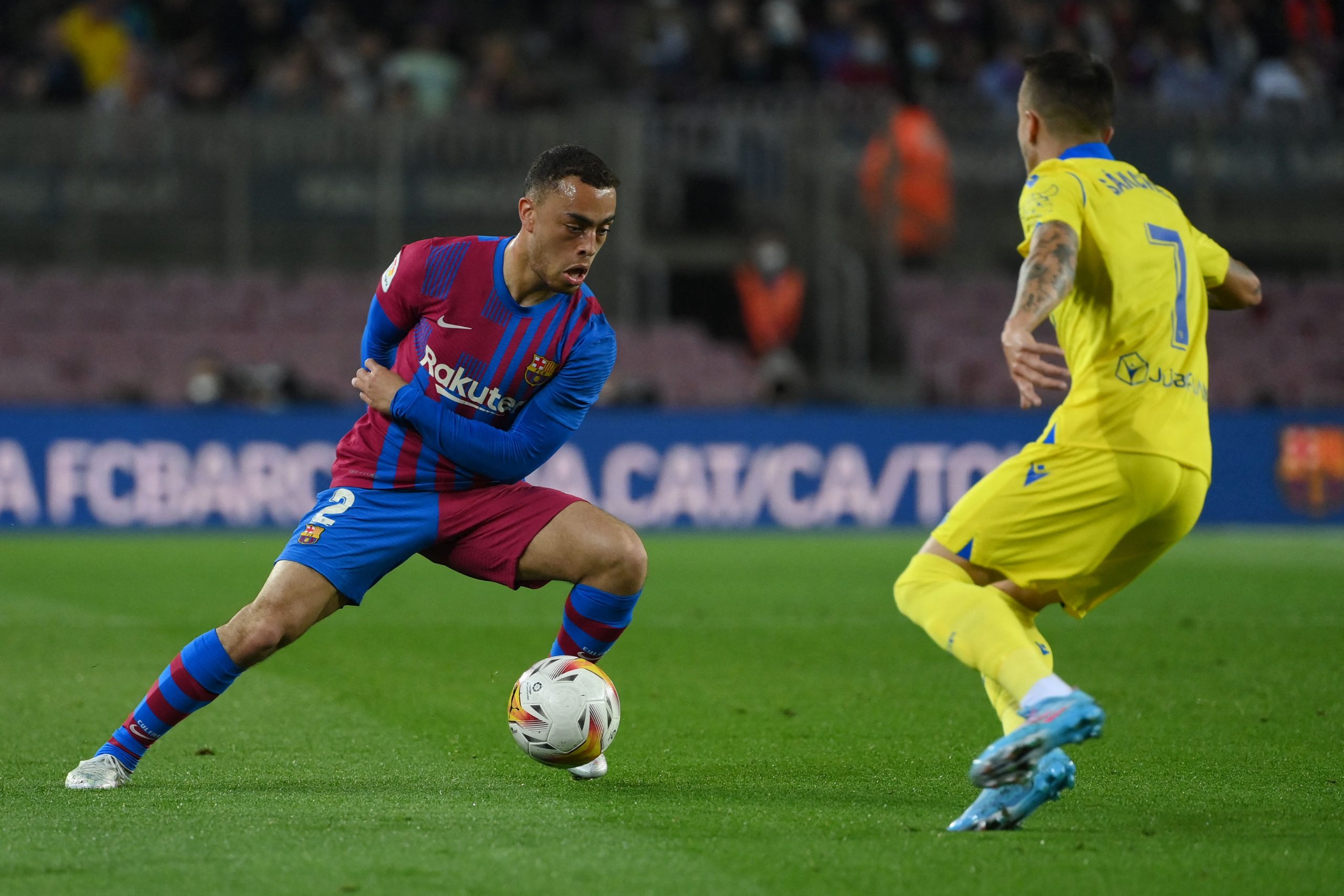 Sergino Dest is among several Barcelona players who are staring at an uncertain future at Camp Nou beyond the ongoing campaign.

The 21-year-old joined the club from AFC Ajax in 2020 but has been unable to nail down the starting berth. Furthermore, his injury issues have also become a cause for concern as he has suffered from intermittent fitness problems this term, hampering his development.

The USMNT star had problems acclimatising to the tactical demands of Xavi Hernandez but had shown improvements in the latter stages before an injury ruled him out of the campaign.

Considering that Barcelona are planning to hand Dani Alves a short-term extension and are set to renew Sergi Roberto, while also planning to sign Cesar Azpilicueta, Dest’s place in the squad has been called into question.

Reports have claimed that Barça have decided to part ways with him in the summer either by selling him outright or utilising him as a makeweight in a swap deal to bring in one of their targets like Jules Kounde.

However, according to Santi Ovalle, that might not be the case. The journalist claims that Dest’s entourage has been informed that the right-back remains firmly in the plans of the manager for the next season and could stay at Barcelona.

Dest, for his part, has always maintained he wishes to continue at Camp Nou and achieve success at the club. And it seems like the Catalan giants are also open to the possibility of keeping him around beyond the current season despite the speculations.

At 21, the USMNT starlet has room for improvement and has shown signs that he is willing to learn and adapt. Considering Alves’ age, Roberto’s injury record and the uncertainty over the potential arrival of Azpilicueta, keeping hold of Dest might not be the worst idea for Barcelona.