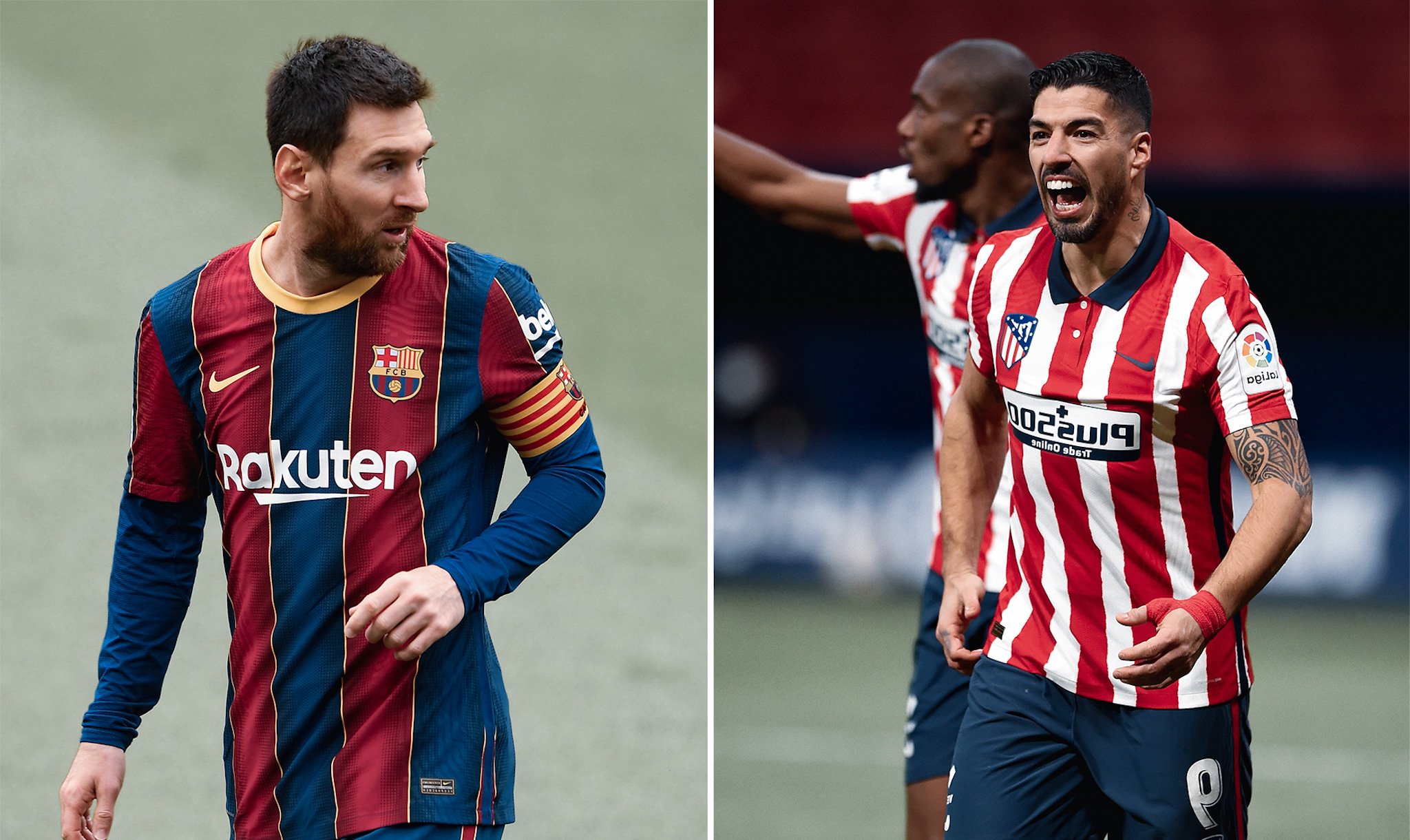 For Barcelona, selling their only elite striker and third-highest goalscorer of all time was never going to end well. Especially not when they let him go almost for free and to one of their biggest and most dangerous rivals. Atletico Madrid have been on top of the world since Luis Suarez arrived at the club. Barcelona however, have subsequently been treading in muddy waters.

The Uruguayan has been banging in the goals for fun with Los Colchoneros since the beginning of the 2020-21 season. With 16 strikes, he is the joint top scorer in La Liga alongside his great friend and former teammate Lionel Messi. The former, however, is seeing much better days with his new club than his Argentine contemporary.

Barcelona have been in a state of heavy transition since a devastating end to their 2019-20 season. A campaign that was followed by the materialization of the gross mismanagement the club was under in the years prior. Ronald Koeman was appointed as the new coach and the club offloaded a host of players in order to ‘rebuild’.

However, the vote of no confidence which was passed later, saw Josep Maria Bartomeu and his board of directors resign from the presidency. Since then, the Catalans have had a very topsy-turvy campaign. One of the players who the club let go of was of course Luis Suarez. And the shambolic manner in which he was treated is no secret anymore, as he was asked to leave rather unceremoniously.

Granted that the Uruguayan wasn’t at his best level in his final few seasons with the Catalans. However, he was still a fairly reliable source of goals up top. And his relative lack of goals and form was hardly all his own doing. The team was in shambles all across the pitch. Barcelona cast him away and even reportedly threatened to terminate his contract.

A player like Suarez who created some wonderful memories at Barça and helped them to so many titles deserved a hero’s farewell as Leo Messi said. Instead, he was sentenced to a cruel exile.

“You deserved a farewell befitting who you are: one of the most important players in the history of the club, achieving great things for the team and on an individual level. You did not deserve for them to throw you out as they did. But the truth is that at this stage nothing surprises me anymore.”

But the real victims of the punishment were Barcelona themselves. Suarez and Atletico Madrid have mutually benefited from the transfer massively while Barcelona largely continue to struggle without a proven striker among their ranks.

As of now, despite their loss to Levante, Atleti are leading the pack in La Liga by three points and have a game in hand. Barcelona meanwhile, have slipped to third after the draw against Cadiz. And throughout the season, Suarez seems to be subtly sending his former club a message as to what they are missing out on. His 16 goals are largely impressive on their own, but Diego Simeone’s men have also been playing some fantastic football since the 34-year-old arrived.

Suarez’s goal conversion rate is 31%, which is miles better than even Lionel Messi who sits on 18%. El Pistolero has scored his 16 goals from just 52 shots compared to Messi’s 91. Not only that, but Suarez also has the best goals-per-90 ratio in the entire league, averaging 0.93 goals per game (via BBC Sport).

After his brace against Celta Vigo Suarez became the first player to score 16 goals in his first 17 games for a team in the Spanish top flight, in the 21st century. A ridiculous record for a striker who was considered ‘past it’. He has undoubtedly been one of the best if not the best La Liga signing of the season. And now, Atletico are in prime position to clinch the league title, while Barcelona stare down the barrel of another trophyless campaign.

The last time Barcelona and Los Rojiblancos faced off, Atletico won even without Suarez who missed out since he tested positive for COVID-19. However, if he plays in the next encounter between the two teams, he will be motivated to fully rub the salt into his former club’s wounds. And perhaps they deserve it.