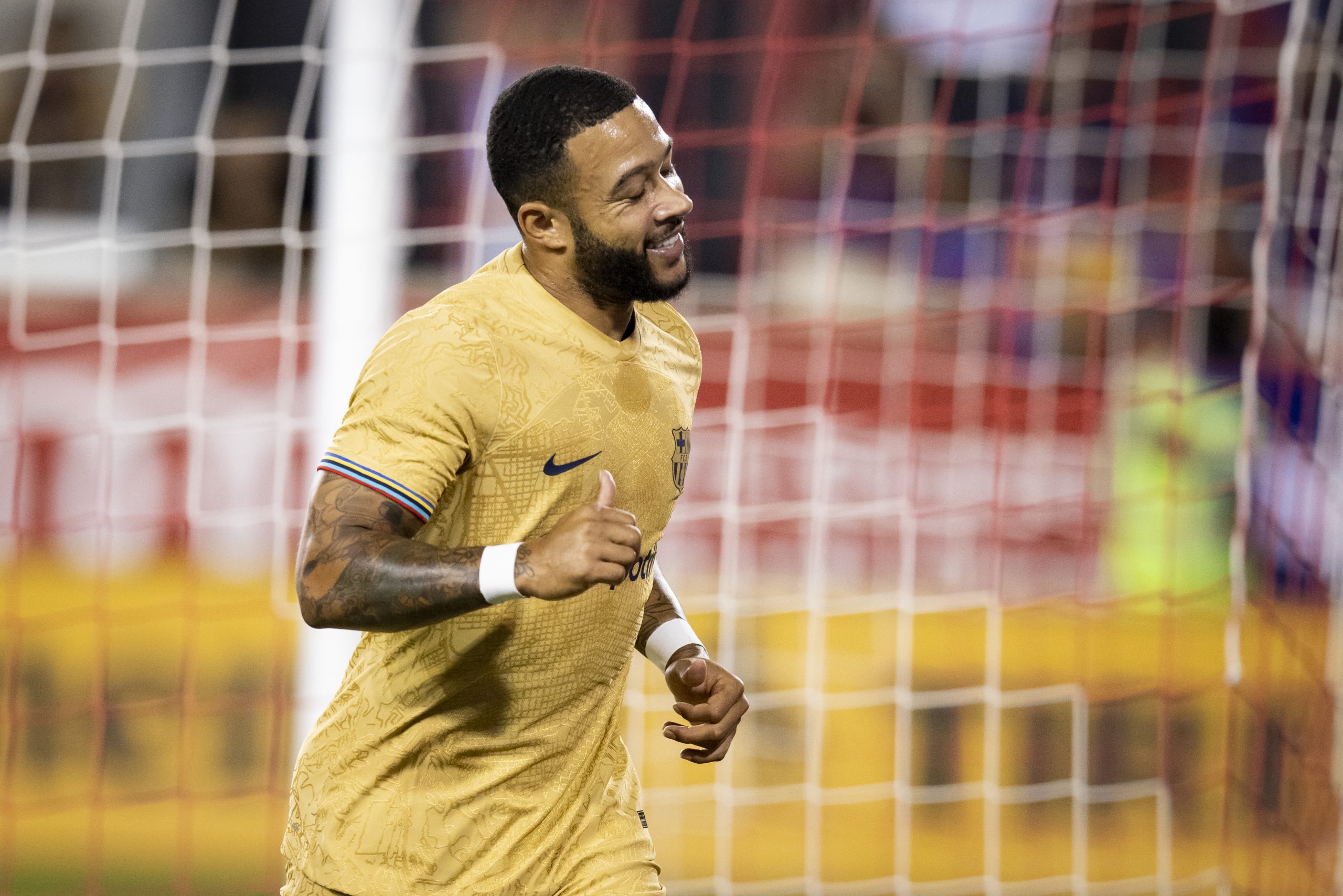 With Barcelona in need of speeding up their efforts to sell players who are no longer a part of manager Xavi Hernandez’s plans, they have asked Memphis Depay to find a new club for himself, reports Adrian Sanchez.

Depay joined Barcelona only a year ago, arriving as a free agent after his contract with Olympique Lyon had run out. But his time at the club could soon be coming to an end, even though the Dutchman enjoyed a promising debut campaign in which he netted 13 goals.

Depay had already seen his game-time suffer following the arrivals of Ferran Torres and Pierre-Emerick Aubameyang in January. Now that Barça have added Robert Lewandowski and Raphinha, and with Ansu Fati back to full fitness, the 28-year-old’s situation will only worsen.

Hence, Xavi has told the former Manchester United attacker that the best option for him would be to consider leaving the club this summer as he will not be playing much.

And as per Adrian Sanchez, Barcelona have asked the out-of-favour striker to find a new club for himself at the earliest possible. The Catalans want the separation to be amicable as they appreciate what he did for the club last season and do not want to end things on bad terms.

Depay, for his part, has carried on professionally during the pre-season despite the speculations and has even managed to score a couple of goals in the friendlies on the US tour.

While he had previously insisted that he wants to stay at Camp Nou, the Netherlands international is now considering leaving in search of regular game-time.

However, he wants the club to let him depart as a free agent, as he has less than a year left on his contract and had made financial sacrifices to join the Blaugrana. Whether the La Liga giants are willing to grant such an exit remains the big question.