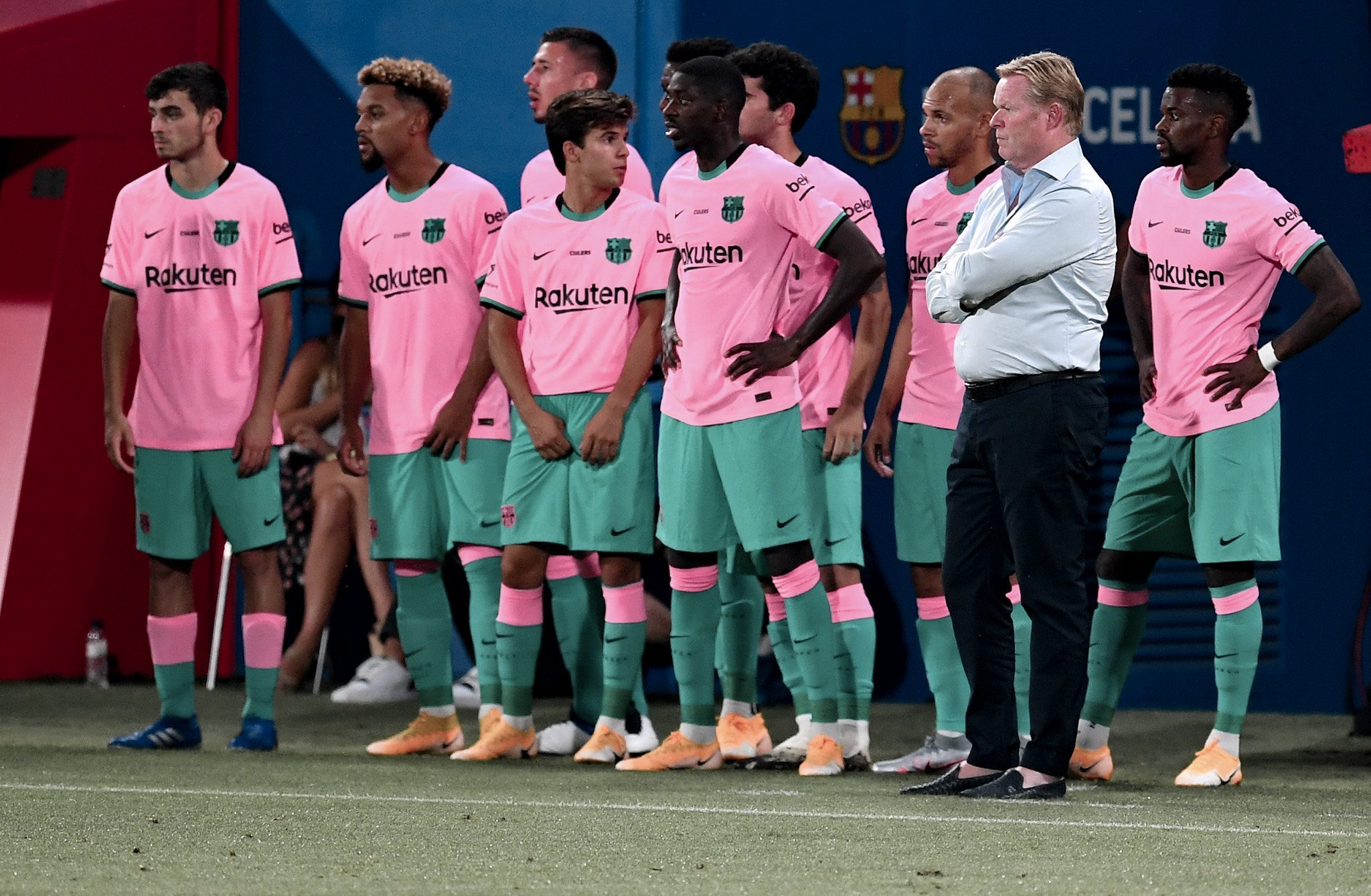 The transfer window is always an exciting time, where big teams go after the best players of the last season, and the weaker sides try to hold on to their best prospects, most of the time in vain. Usually, when a European giant has an awful season, they have a massive rebuild with big signings and other significant sales. The players that have come at the end of the cycle are often replaced for newer and fresher blood to take place, and that’s the beauty of the game.

This summer was supposed to be Barcelona’s rebuild, like 2008 or 2014. 2020. The year Barcelona lost all three trophies, losing to Athletic Club in the quarters of the Copa Del Rey, giving away La Liga like it was nothing, and suffering the club’s most humiliating defeat in its history, an 8-2 battering handed by Bayern. Barcelona’s 2020 squad was the end of a cycle, and, much like 2014, it ended badly.

In 2014, Barcelona had an excellent transfer window, buying Luis Suarez, Ivan Rakitic, Marc-André Ter Stegen, and Claudio Bravo en route to a second treble in the club’s history, a record only equaled by Bayern Munich in 2020. This year, Barcelona had to go quickly, and it was clear that they had to sell the deadwood even before the pandemic. However, the pandemic changed everything, and Barcelona’s, along with everyone’s, finances plummeted, and soon enough, the dreams of signings became a long-lost memory. At least there were the departures.

Indeed, Barcelona dearly needed departures as the squad’s heavyweights gained more and more power while declining heavily physically. Luis Suarez, Arturo Vidal, Ivan Rakitic, three of the most overused Blaugrana players over the past two years have left and have contributed next to nothing in terms of transfer fees, even if getting their astronomical wages off the books is the most significant relief a Culé could get nowadays. The club’s wage bill is so high that they had to offload those players, even if they didn’t get the big bucks for them. Fortunately, the money came from England, as it usually does, with Nelson Semedo joining his Portuguese teammates at Wolves to replace Matt Doherty, who went to Spurs earlier this summer. These sales are brilliant in every aspect of the game, and now Barça have to focus on signings, and that before the game against Villarreal on Sunday.

Barcelona needed to get rid of these four players, and there are many more who could (should?) leave before the end of the window, but Barcelona have to focus on getting players who are ready to impress at Camp Nou. The recent rumours regarding Sergiño Dest replacing Semedo are excellent to hear, but where is he? Also, where are the other replacements? The other great players supposed to put Barça back on top?

Don’t get it twisted, Barcelona’s squad isn’t half bad. Dest would improve the team, but since Riqui Puig is not going to be used as much as he should under Ronald Koeman this term and Monchu has been sent on a permanent deal disguised as a loan to Girona, who are really the options for Barcelona in midfield? Will Aleña have the chance to impress this time out? Will Pedri be used as much as he was in pre-season? Or will the Catalan giants buy another Miralem Pjanic to close the path of Riqui Puig? How are Barcelona supposed to compete if their squad is way thinner, and they’re not inclined to bet on youth?

Also, forget about the midfield, but who will be the striker on Sunday, and for 20/21? Who will replace Suarez, a 20-goal-a-season striker who became a nuisance in the squad but still had decent stats? Is Griezmann that kind of striker? Of course not. So where are the replacements? Where is Memphis Depay? The Dutchman was rumoured to have signed for Barcelona a few weeks ago but Jean-Michel Aulas, the Lyon president, revealed that the Culés had no money. And where is Eric Garcia, the La Masia graduate who’s supposed to return home but Barcelona are not able to generate the kind of money Man City want, which is 18 million Euros — by the way, peanuts in this market.

With all these interrogations coming up, it’s fair to say Barcelona have to act quickly to buy the players they need because they’re not getting any more lifelines in Europe. The first stage motion of censure has already been successful, and if Bartomeu has any pride left in him, he has to nail this transfer window, at least this one! Until then, let’s hope Barcelona don’t go into Europe with basically the same lineup that started the quarter-final against Bayern about a month ago.