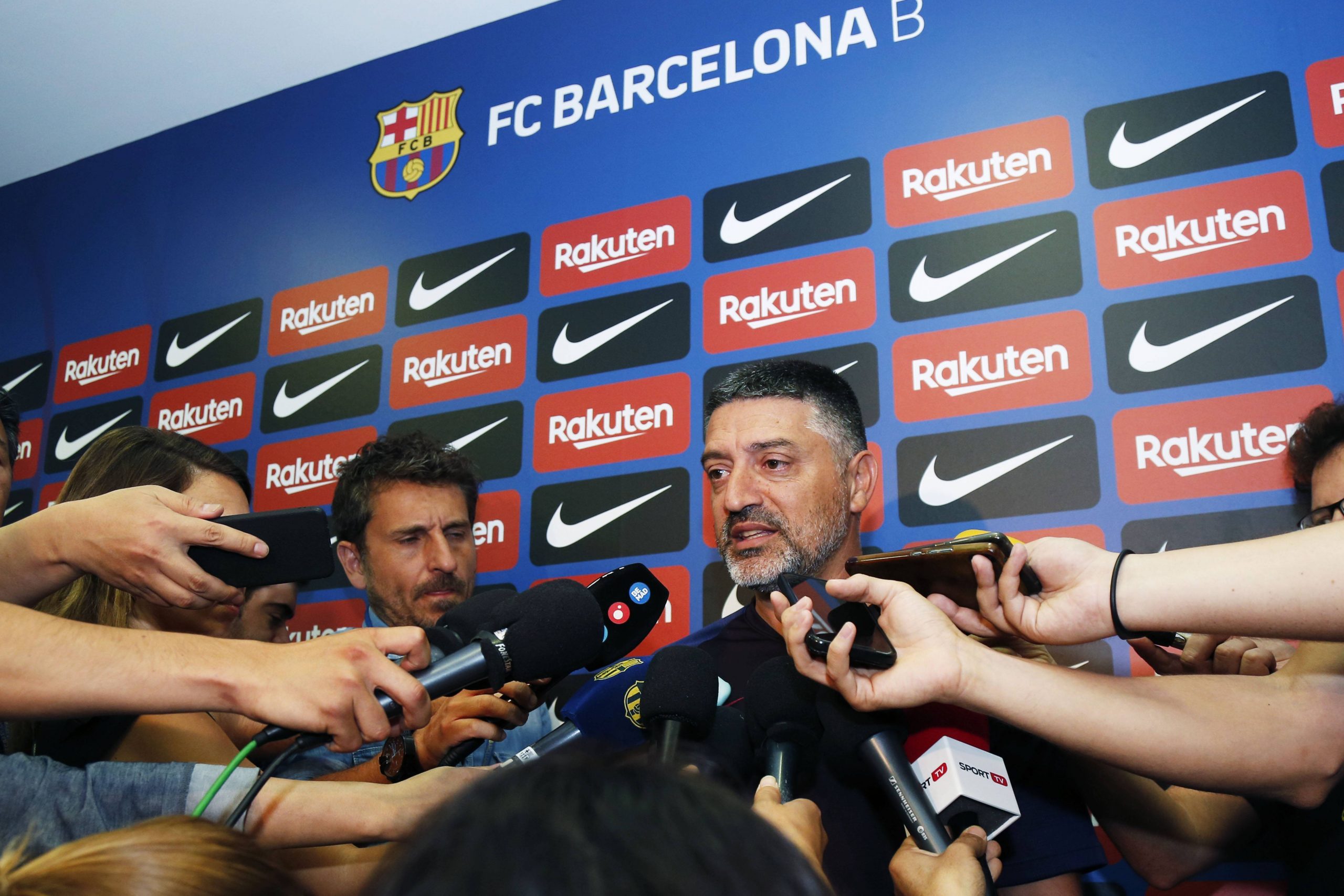 In a completely unpredictable turn of events, the Barcelona board have decided to sack the head coach of Barcelona B, García Pimienta, as per the ever-reliable Moisés Llorens of ESPN.

Pimienta was literally being considered (and by many fans, supported) for replacing Ronald Koeman as head coach of the first team alongside the likes of Xavi, and the news is, therefore, massively surprising.

The 46-year-old had been Barcelona’s longest-serving coach, starting his entire coaching career at the Catalan club, and did an impressive job at Barcelona B, developing the likes of Riqui Puig, Moriba, Collado, among others. His trust in the youth and total football style of playing with Barcelona B put him as a favourite to replace Koeman (who now continues).

In a shocking turn of events, García Pimienta has now been fired as B team coach. The reason for this is that Joan Laporta reportedly wants to completely remodel La Masia; much of his presidential campaign was predicated on bringing Barcelona back to its roots which meant reformulating the structure at the youth level.

A number of people in leading roles at La Masia were fired and replaced with former occupants under Joan Laporta to re-emphasise the role of La Masia in the Barcelona DNA.

With Pimienta being fired, Laporta truly is completely revitalising the youth academy and starting from scratch. Despite the Spaniard doing a relatively good job, the president is likely looking for a blank slate to begin his first full season at the head of the club.

It is, at the moment, unknown who could replace Pimienta, but an obvious favourite would be Xavi. The former player, in a recent interview, said himself that he was ready to coach the first team.

The reason why many favoured Pimienta’s appointment as first-team coach was so that his previous position could be occupied by the Al-Sadd coach, who was recently in Barcelona reportedly, and met with president Laporta as well.

That being said, Xavi did himself proclaim that his plans are not to manage the second team: “It’s not my plan to coach Barcelona B. I am coaching men’s football and the B team is a development team.”

Whether or not Laporta will try to change Xavi’s mind or appoint an entirely new coach is not known. What is being reported reliably, however, is that Pimienta’s time as Barcelona B manager is over.