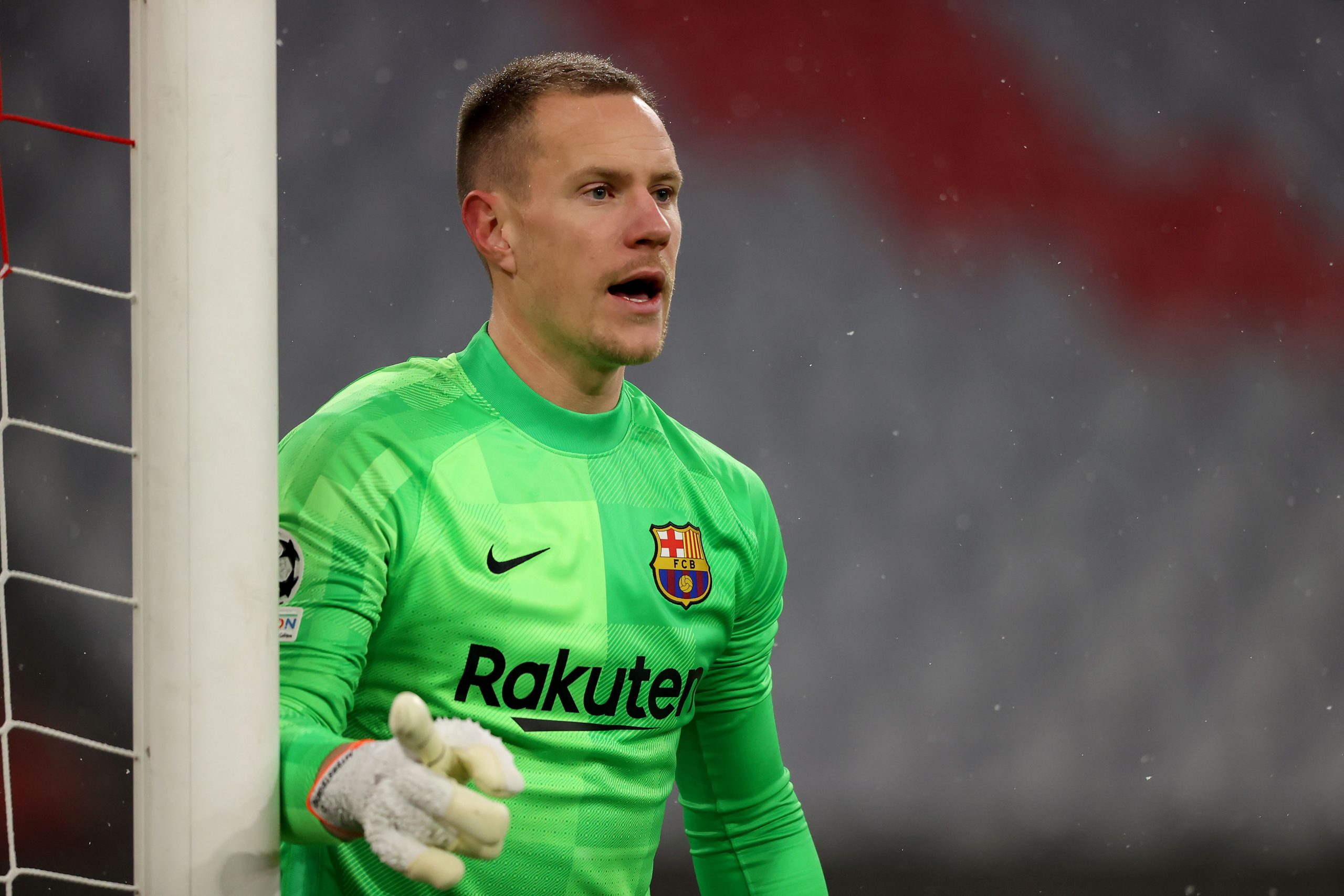 With Barcelona believed to be preparing for a squad overhaul, the name of first-choice goalkeeper Marc-Andre ter Stegen is said to be at the top of the list of players to be sold.

The 29-year-old has been with the Catalan heavyweights since 2014 and, not very long ago, was regarded as one of the best goalkeepers in Europe. However, his performances have seen a dip of late, especially after he had to undergo surgery on his injured knee.

Ter Stegen’s display in the defeat to Bayern Munich was disappointing, while he did not inspire confidence on Sunday against Osasuna either. Amidst all the speculations around his future, there have been reports of interest from Chelsea.

With Barcelona open to a sale, a list of replacements has already been prepared with the likes of Illan Meslier (Leeds United), Andre Onana (AFC Ajax), Bartlomiej Dragowski (Fiorentina) and Koen Casteels (VfL Wolfsburg) on the club’s radars.

Now, Fichajes claims that the Blaugrana have several other shot-stoppers on their agenda as they look to replace ter Stegen at Camp Nou.

The first name on the list is believed to be that of Manchester United superstar David de Gea. After a couple of years, when he went through some difficulties, the Spaniard is back to his best this season and has been one of the Red Devils’ best players along with Cristiano Ronaldo.

His contract expires in 2023, meaning he could be available for a relatively lower price in the summer.

Yassine Bounou, a.k.a Bono, of Sevilla is the next name on the list for Barca, according to the report. It states that Xavi Hernandez rates the 30-year-old Moroccan international as one of the best goalkeepers in La Liga, and even though his contract runs till 2024, the Blaugrana could make an approach to Monchi to explore the possibility of a move.

The final name under consideration, as per the report, is that of Gianluigi Donnarumma. An unrealistic choice, considering that he joined PSG only this past summer and has a contract that runs till 2026.

Even though he is believed to be frustrated with having to share game-time with Keylor Navas, signing the Italian would take a substantial financial commitment from Barcelona’s part in transfer fee and wages.