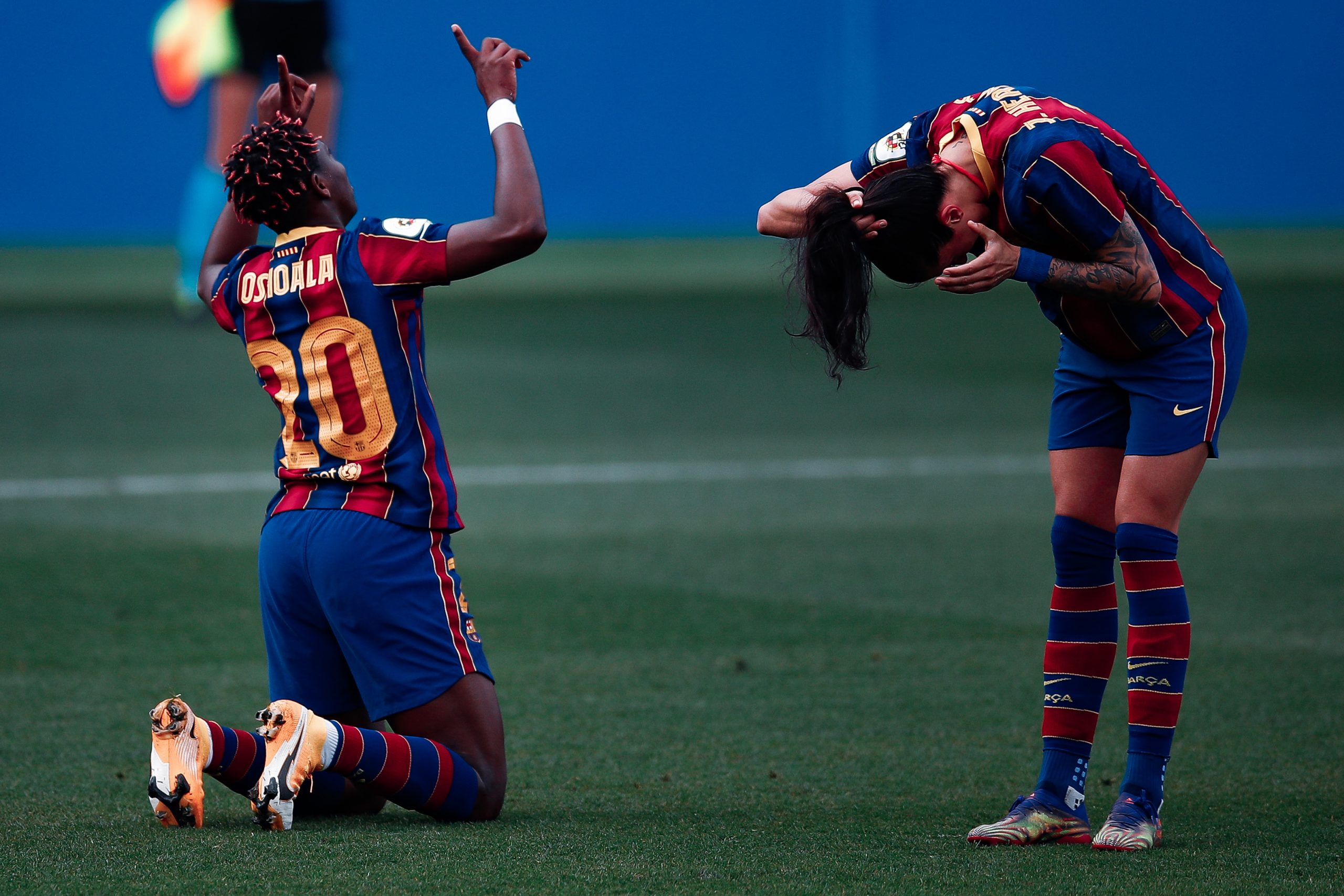 Barça Universal reviews Barcelona Femení’s 4-1 win over Real Madrid Femenino as they solidify their place on top of the table even further.

Barcelona had a relatively slow start to the game, with plenty of their passes either failing to meet their target, or them finding their way onto the feet of overcrowded players. Real Madrid’s press was too tough for Barça to handle, but once Barca got into their groove, they got into the lead.

Andrea Pereira won a free kick within Madrid’s half and was perfectly poised to create a goal-scoring opportunity. She played the ball into Jennifer Hermoso’s path, and she then delivered it to Alexia Putellas, who skipped past her marker and unleashed a sumptuous strike into the back of the net from the edge of the box.

Madrid tried to recover, implementing an even stronger press, however, it was precisely that, on their opponents’ front, that led to the second goal. With Los Blancos struggling to cope, they lost the ball and Leila Ouahabi instantaneously set Asisat Oshoala free. She made a darting run into the box, forcing a save from the goalkeeper, only for Jenni Hermoso to pounce on the loose ball and double the lead.

While their opponents were attempting to play out the back, the Blaugranas‘ forwards forced their Madrid counterparts into playing long balls. Their attempted ball found itself at María León’s feet, and she instantly played the ball towards Alexia. The Spaniard let Graham Hansen, who up until then had been a menace in Madrid’s half, loose with not a defender in sight. Once in the box, she squared the ball to Asisat Oshoala, who turned two to three, ending the half on a high.

Graham nearly made it four late into the half, and Los Merengues also struggled to find respite through a goal, but the scoreline rested at 3-0, as the referee blew her whistle for half time.

As was the case with the opening 45 minutes, Barcelona had a sluggish start to the second half. It took just about ten minutes for them to get going, but once they did, it came as a surprise that they failed to score. Graham Hansen manoeuvred her way through her hosts’ defence, slicing them open like a knife through butter. Once at the box, she played a cutback to Oshoala, whose shot struck the underside of the crossbar despite her being in point-blank range.

For the next 15 minutes, Barça were second best to their visitors. They lost many of the second balls, failed to control the pressure they were put under, and this resulted in them conceding chances in the left flank through Sofia Jakobsson.

Rather undeservingly, the Garnet and Blue extended their lead. Patri Guijarro played a hard cross into the box which was poorly met by her Nigerian counterpart, however as a result of a defensive mistake on Madrid’s part through Babett Peter, the brilliant Oshoala got her second chance and scored a simple tap in.

The game took a turn for the worse, with the referee brandishing two red cards in quick succession. Real Madrid’s goalkeeper Misa Rodríguez committed a handball offence outside the box in an attempt to stop Oshoala’s shot from outside the box on one end and in the other, once again as a result of a Sofia Jakobsson run into the box, Maria León received her second booking of the afternoon, resulting in her getting sent off as well.

Olga Carmona took the subsequent penalty reducing the deficit to a more respectable three-goal margin. However, it was too little too late as Barcelona ran out 4-1 winners in the Clásico, thus keeping the bragging rights.