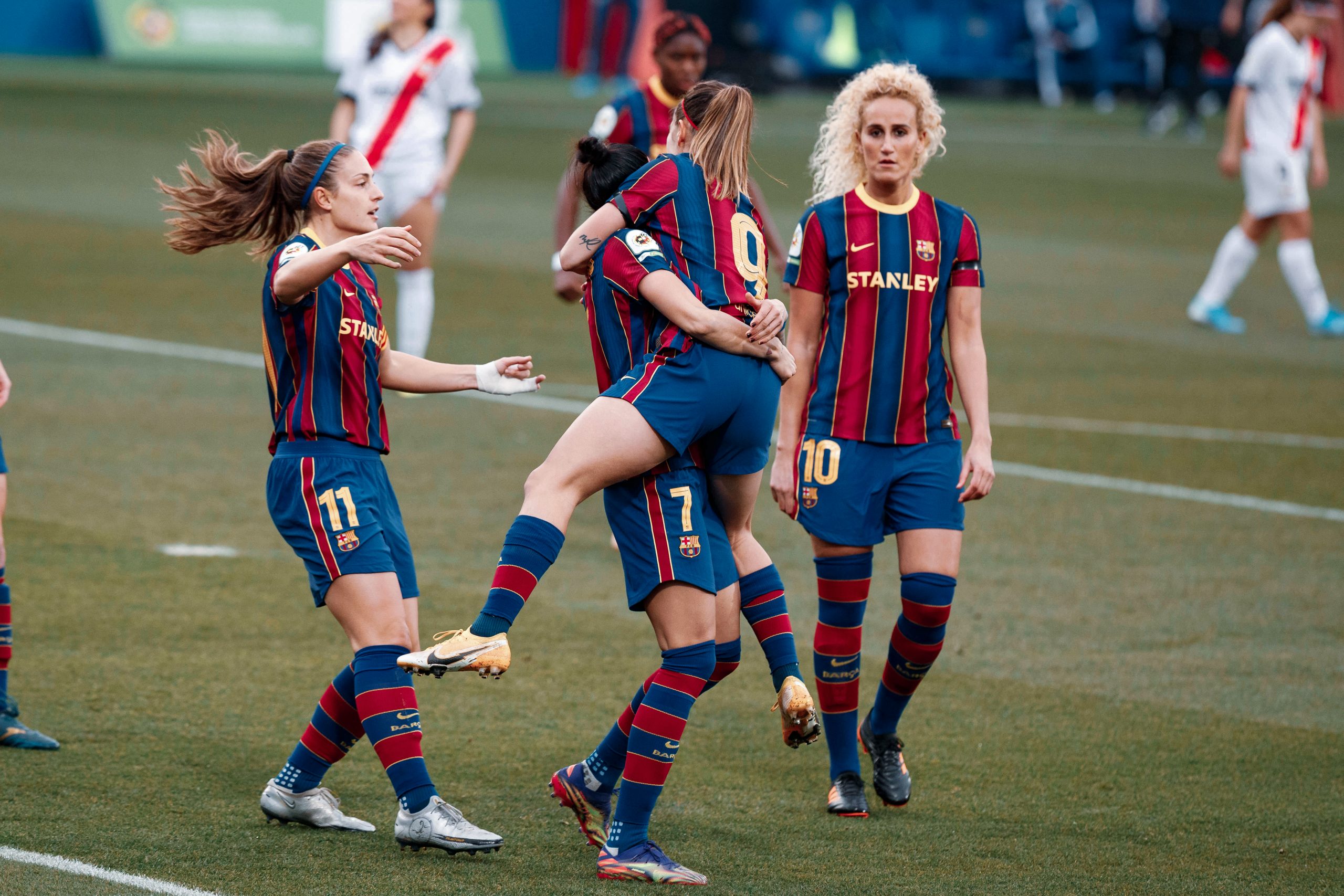 Having already trounced everyone in their path this season in La Liga Iberdrola, FC Barcelona Femení are set to lock horns with Real Madrid Femenino in the second Clasico of the season in the Estadi Johan Cruyff.

The last time Fútbol Club Barcelona and Real Madrid Femenino faced off, it was on the opening day of the season. Lluis Cortes’ side made a mockery out of his Madrid counterparts, trouncing them by four goals to nil in a rather one-sided encounter. It would set the tone for the Catalans’ season, as since then, they’ve tasted defeat just once in 16 games, and this too via penalty shootout in a game they largely dominated.

Heading into tomorrow afternoon’s game, both sides find themselves in somewhat similar circumstances. Despite having played three games less than Real Madrid in second, Barcelona top the league and having the least appearances in the whole division. In this time they’ve scored a whopping 69 goals, with Sandra Paños picking the ball from her net just twice.

Their hopes for silverware come season’s end are very much alive, as even despite their defeat to Atletico in the Supercup semifinals, the Garnet and Blue remain in contention for the Copa Del Rey and the treble as a whole.

Real Madrid meanwhile will be heading into this game feeling equally enthusiastic. Ever since their defeat to Barcelona in the reverse league fixture, they haven’t been anywhere near the same team. They’ve suffered just two defeats since their thumping defeat against their Catalan counterparts, and these too with narrow scorelines. They tore Espanyol to shreds at their peak, winning by eight goals to one in what remains the second biggest winning margin this season.

What to expect from Barcelona

If ever there were a flawless football club, then the Femení are as close to that definition as anyone can come. This season, such is their offensive prowess and potent finishing that they average 5.75 goals a game. Their goals are perfectly distributed among their forward line, rather than depending on just one player for a majority of their offensive exploits, they have Jenni Hermoso, Asisat Oshoala, Caroline Graham Hansen, Lieke Martens among others to thank.

Lluis Cortes’ side generally line up in three formations, each with its specific context, however, they don’t affect their style of play, rather enhance it depending on the opposition. These are the 4-3-3, the 4-2-3-1 and the 4-1-4-1.

In goal, it is an absolute certainty that Sandra Paños will maintain her spot in between the sticks, with Catalina Coll second in the pecking order.

In central defence, as has been the case in every big game this season, Maria, or ‘Mapi’ Léon will hold down the fort on the left side of the back two. Partnering her should be Andrea Pereira to complete the centre-back pairing. Marta Torrejón has cemented her spot as the team’s starting right-back and is having a rather fruitful campaign thus far, with four goals and three assists to her name. The left-back role is up for contention. Leila Ouahabi and Ana Crnogorćević have shared the spoils almost equitably this season, with the Spanish international edging her Swiss counterpart by just four minutes. Given Lluis Cortes’ track record in matches of this magnitude, we at Barca Universal believe that Leila Ouahabi has the highest chances at taking the starting role.

The midfield will largely depend on the manager’s intentions for the forward line. If he wishes to play both Jenni and Oshoala, which will most likely be the case, he will opt for a 4-1-4-1, with Patri Guijarro taking up the pivot role. Accompanying her in the centre of the park will be Alexia Putellas. Assuming he goes for a 4-3-3, then the same duo will be present, with the addition of one of Vicky Losada or Aitana Bonmati to complete the midfield three.

The attack, again, will depend on Cortes’ aspirations. Should his desire be to play Jenni Hermoso, then it is imperative that he also start Oshoala. The Spaniard plays rather deep, and while she does this, neither Mariona Caldentey (deputising for the injured Lieke Martens) nor Graham Hansen will have a target man in the final third. This was the case against Atletico in the Supercup, and simply can’t be repeated. If a 4-3-3 is to be implemented, then a front line composed of Graham, Oshoala and Mariona will suffice.

What to expect from Real Madrid

Sitting just behind Barça, with 34 points from a potential forty-five, with three defeats, just a single draw and eleven victories, Real Madrid has seen an unprecedented rise into prominence and is fighting for a Champions League spot.

Over the course of the past month, they have played just two league games, emerging victorious against Madrid Club de Fútbol Femenino, and just barely beating newly promoted Santa Teresa in the other. They should have played four by now, however, due to match postponements brought about by covid outbreaks in their rivals, they have been forced to miss two matches.

As the league’s second-most offensive outfit and also the second most stable defensively, Real Madrid will surely give Barça a run for their money. Kosovare Assilani was signed in the 2019 summer transfer window and currently tops their goal-scoring charts, with 9 goals from 14 appearances. Her partner in the wing, Sofia Jacobsson, is a menacing figure in attack. She is rather versatile, as she can occupy any role in the final third in a 4-3-3. Conceding just a goal a game on average, Real Madrid have shown a true competitive spirit and defensive fortitude, and Barça have to take care, lest they lose their lead at the top of the pile.

In a team on the rise, Sofia Jacobsson stands out above the rest. She currently has 5 goals, the joint second-most goals in her side, and of the 34 goals her team has scored, she has had a hand in creating twelve of them, with 7 assists to her name. Her menacing character makes her unpredictable, as she can occupy any one of the three spots in a 4-3-3.

Barça made quick work of Los Blancos several months back, however, this is an entirely different side, and the same goes for the Swede. Should Barça shut her down, they will take enormous strides to secure all three points and extend their 100% record.

Ties between the two have had the nets bulged an obscene amount of times. At Barca Universal, we acknowledge their growth of late and know they will for sure be a tricky opponent, however, there’s more than enough firepower on Barça’s side to ensure that there will be no upset.