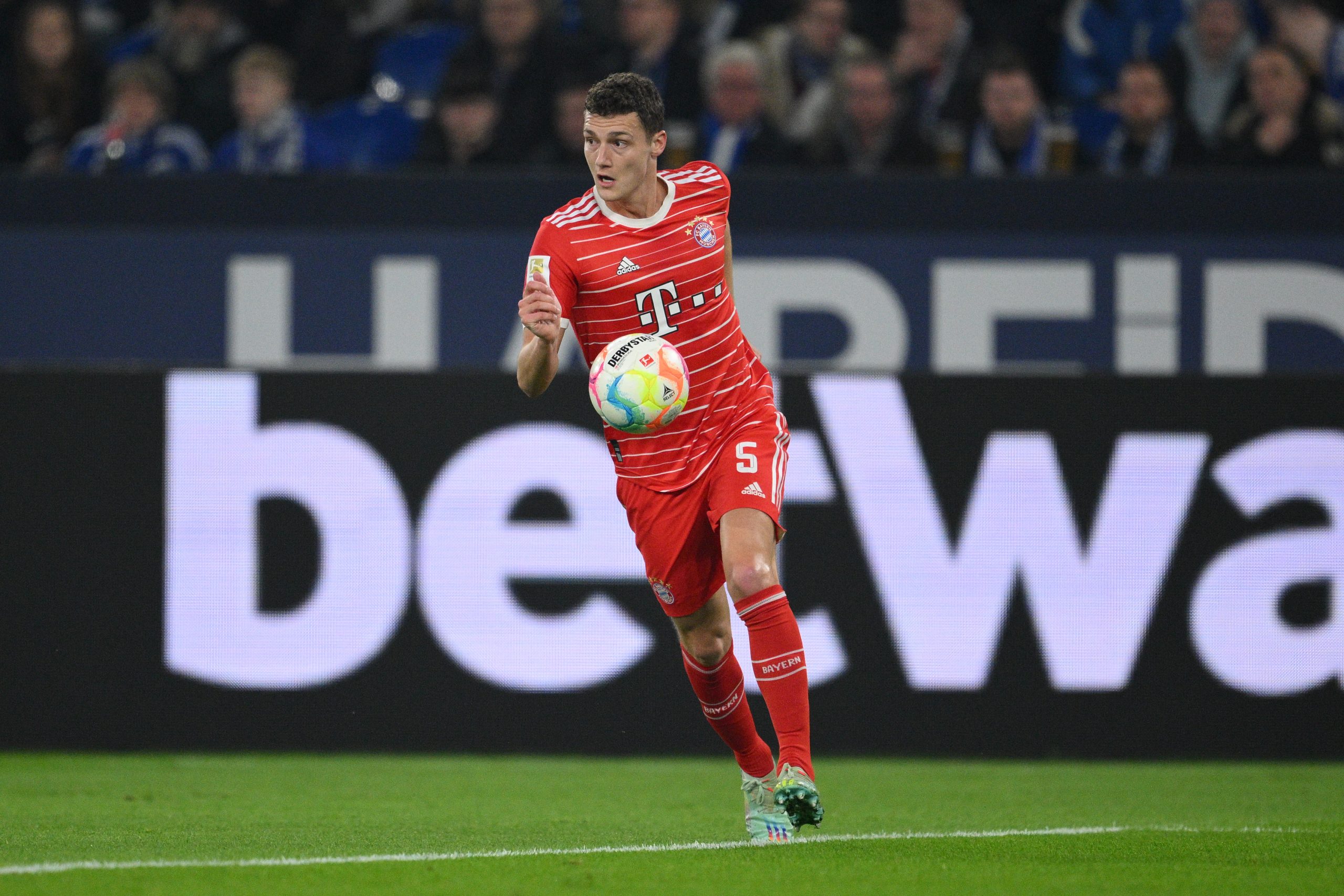 Barcelona are in the market to sign a new right-back preferably in the January window itself owing to Hector Bellerin’s sub-par displays and Sergi Roberto’s expiring contract. It has led them to Bayern Munich defender Benjamin Pavard.

The 26-year-old French international’s contract expires in 2024 and he has no desire to renew, which has sparked the interest of several clubs such as Barcelona, Chelsea, and Real Madrid.

However, according to Mundo Deportivo, while Barcelona see Pavard as a solution to their right-back woes, the Frenchman wants to play as a central defender moving forward in his career.

Pavard has been a versatile defender throughout his career, able to play anywhere across the backline. However, since arriving at Bayern Munich in 2018, the 26-year-old has predominantly featured as a right-back.

But, as per the report, Pavard no longer wishes to play as a full-back and sees himself more as a central defender. It is cited as one of the reasons why he does not desire to renew at Bayern and continue playing at the Allianz Arena.

“I’ve been playing in Germany for 7 years. I won everything with Bayern Munich. I play football to win and I’m willing to consider new interesting projects, but as a centre-back,” admitted the French international in La Gazzetta, as quoted by Mundo Deportivo.

This could come as a blow to Barcelona’s chances of signing Pavard as the club see him as a reinforcement for the right-back slot – an area that has been an issue for them since the departure of Dani Alves in 2016.

Several other targets like Juan Foyth of Villarreal, Manchester United’s Diogo Dalot and Thomas Meunier of Borussia Dortmund are also being looked at by the Blaugrana.

And it remains to be seen who they end up signing, provided they are in a condition to bring in new players as the club continues to battle Fair Play issues.