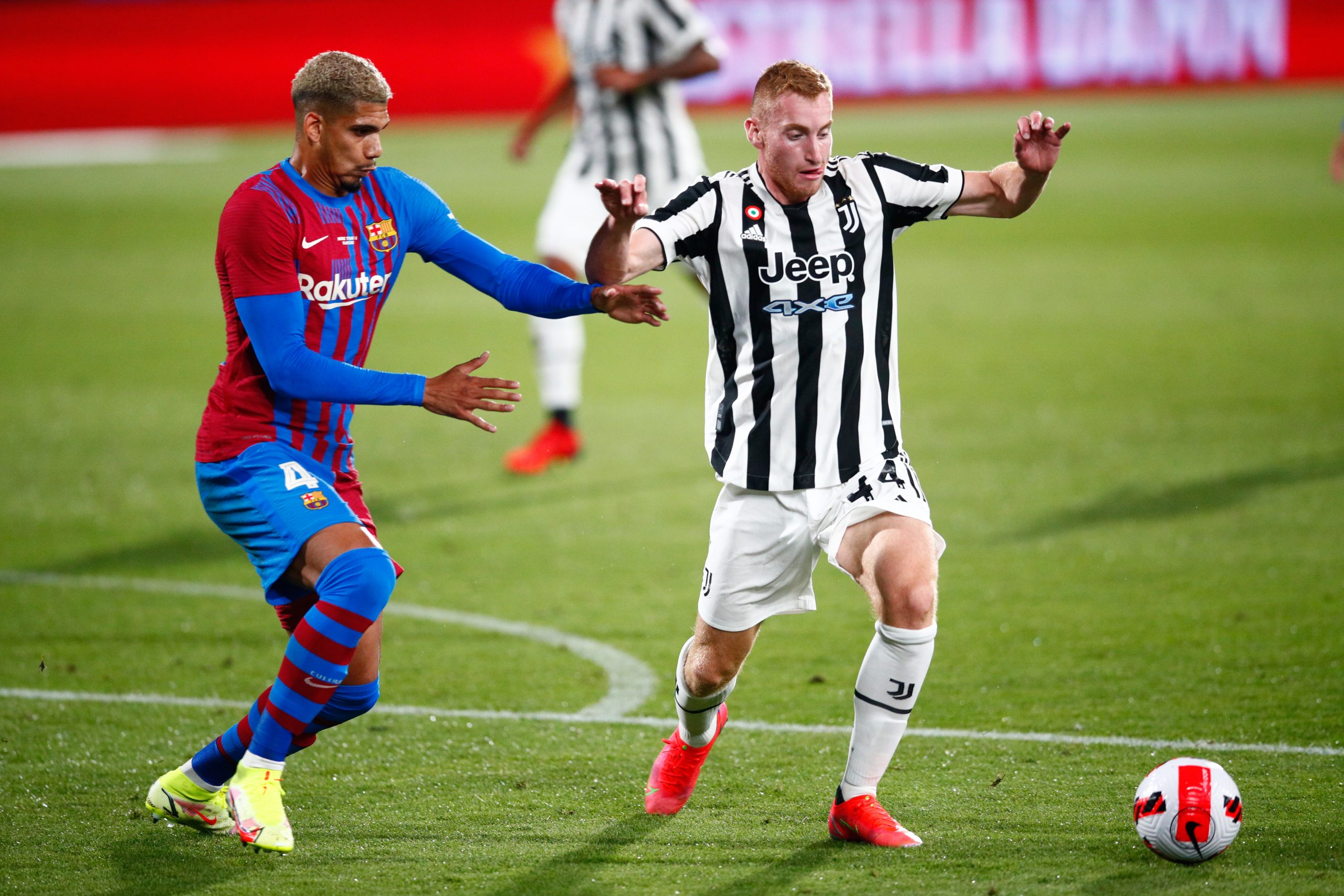 With the January transfer window not very far, speculations regarding Barcelona’s transfer plans for the winter keep growing with each passing day.

The transfer window will be pivotal for Barca as they look to revive their fortunes after a slow start to the season. Manager Xavi Hernandez will have a huge task at his hands and will need reinforcements to the squad in key areas to help the team pull in the right direction.

One such department where strengthening is necessary is the attacking unit. Injury concerns to Ansu Fati and Ousmane Dembele remain a worry for Barca, while Sergio Aguero getting sidelined indefinitely has also come as a bitter blow.

With Martin Braithwaite also having been out of action for a considerable period, it only makes sense for the Blaugrana to bring in at least one new forward come January. A host of attacking options such as Raheem Sterling of Manchester City, Bayern Munich’s Kingsley Coman, among others, have been linked with a switch to Camp Nou.

Now, Fichajes is reporting that Barcelona are also considering Juventus’ Swedish forward Dejan Kulusevski as an alternative. The 21-year-old has been in Italy for over five years, joining the Atalanta youth setup from boyhood club IF Bromma in 2016.

The winger showed great potential coming through the ranks and enjoyed his spell away on loan at Parma in the first half of the 2019/20 campaign, prompting Juventus to splash €35 million on him in January last year, before loaning him out to Parma for the rest of the season.

Having arrived in Turin at the onset of the 2020/21 term, Kulusevski was a regular in Andrea Pirlo’s side but was often played out of position, which hampered his productivity. Nonetheless, he finished with seven goals and assists each in 47 games. Things, however, have gotten worse this time out, with new manager Massimiliano Allegri hardly favouring him.

Juventus are open to selling him in January, with a slew of clubs interested, including Barcelona. Considering that only Ansu Fati and Dembele are the natural, out-and-out wingers at Xavi’s disposal, someone of Kulusevski’s skillset can be a handy addition for the Catalans.

However, a deal could be tricky to pull off as numerous other top clubs are pursuing the 21-year-old. In addition, Juve would likely demand a sum of at least €40 million for his services in January, which would pose an issue for Barca.