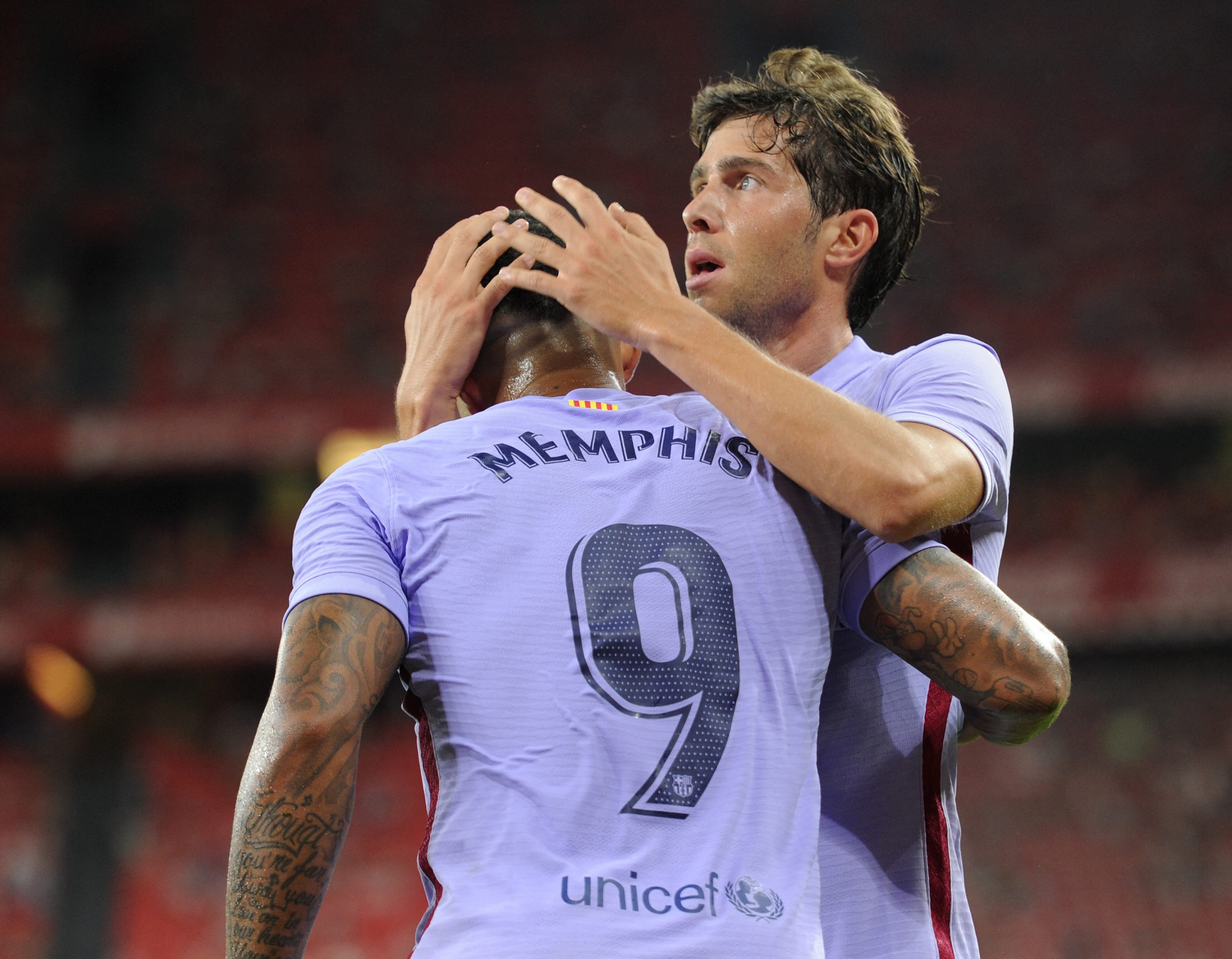 While this past summer saw Barcelona make significant changes to their squad, plans are already being drawn out for the next year as Xavi Hernandez & co. look to shape their roster in the best possible way.

It means that there will be plans to negotiate new contracts with players whose deals will expire in the next year. One star who seems certain to pen a new deal with the Blaugrana is goalkeeper Inaki Pena.

But two Barça players who are staring at an uncertain future at the club, as reported by Mundo Deportivo, are Sergi Roberto and Memphis Depay.

Roberto signed a new contract earlier this year, but the club added just one year to his new deal while inserting a €400 million release clause. The La Masia graduate has done fairly well at the start of the new season, but has been struck down by yet another injury.

With Barcelona planning to bring in a new right-back next summer, they will likely have to get rid of one of their current right-backs in Hector Bellerin and Roberto. The latter’s deal also expires next year, but the club are planning to discuss a new deal with him in January.

As for Roberto, any potential renewal would depend on how he performs over the course of the campaign. But if injuries continue to persist, the club captain could bid goodbye at the end of the season.

Meanwhile, Depay’s contract also runs out in 2023, as he had only penned a two-year deal when he joined the club. The Netherlands international is no longer a regular in the side and given his salary, the Catalans see his extension as complicated at the moment.

Barça were even ready to sell Depay this past summer by handing him the letter of freedom. In case of a renewal, the club believe that selling him would become difficult due to his wages. So, there have been no talks so far about an extension and it seems unlikely that there will be.