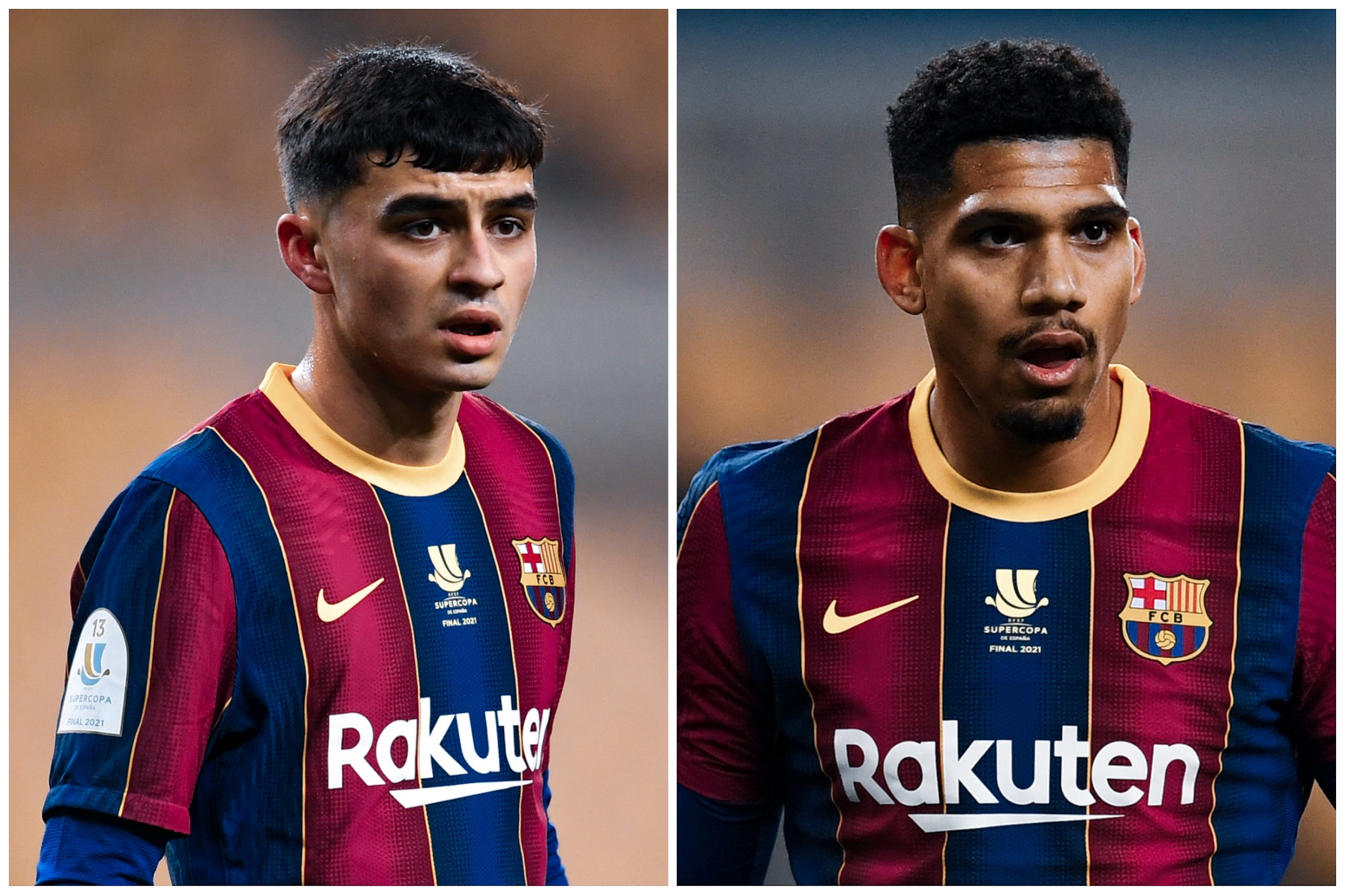 A recent list curated by ESPN experts highlighting ten rising stars of world football features two of Barcelona’s most promising youngsters. After a wonderful start to life in the Barcelona first team, Pedri Gonzalez and Ronald Araujo have been named in the list alongside some of football’s most highly-rated young players.

Pedri arrived from Las Palmas in the summer of 2020 and has instantly made himself a fan favourite. The 18-year-old has been sensational for the Catalans in the midfield. His creativity and incredible intelligence have already drawn comparisons to the great Andres Iniesta. Ronald Araujo meanwhile, has also established himself as an absolute force at the back. The Uruguayan from Barcelona B has gone from strength to strength since making his debut in October 2019.

Pedri and Araujo have some seriously talented company on ESPN’s list. They are joined by Manchester City’s Phil Foden, Arsenal’s Bukayo Saka, RB Leipzig’s Dominik Szoboszlai, Bayer Leverkusen’s Florian Wirtz and more. Barcelona however, are the only club to have more than one player featuring on the list.

Ronald Koeman has found plenty of comfort within the two youngsters. Pedri has fast become a mainstay in the Blaugrana midfield, having made 27 appearances for Barcelona so far this season. Due to the lengthy injury to the veteran Gerard Pique, Ronald Araujo has also found a regular spot in the first team. In fact, the Azulgranas are yet to lose a game where Araujo has started in defence. Both players are fully rewarding the manager’s trust in them with sensational performances.

Pedri and Araujo’s impact on this transitioning Barcelona team is evident. Their exploits are clearly not going unnoticed, with fans and pundits alike heaping praise on the young duo. If Pedri and Araujo are to stay at the club for years to come, Barcelona’s future seems extremely bright.