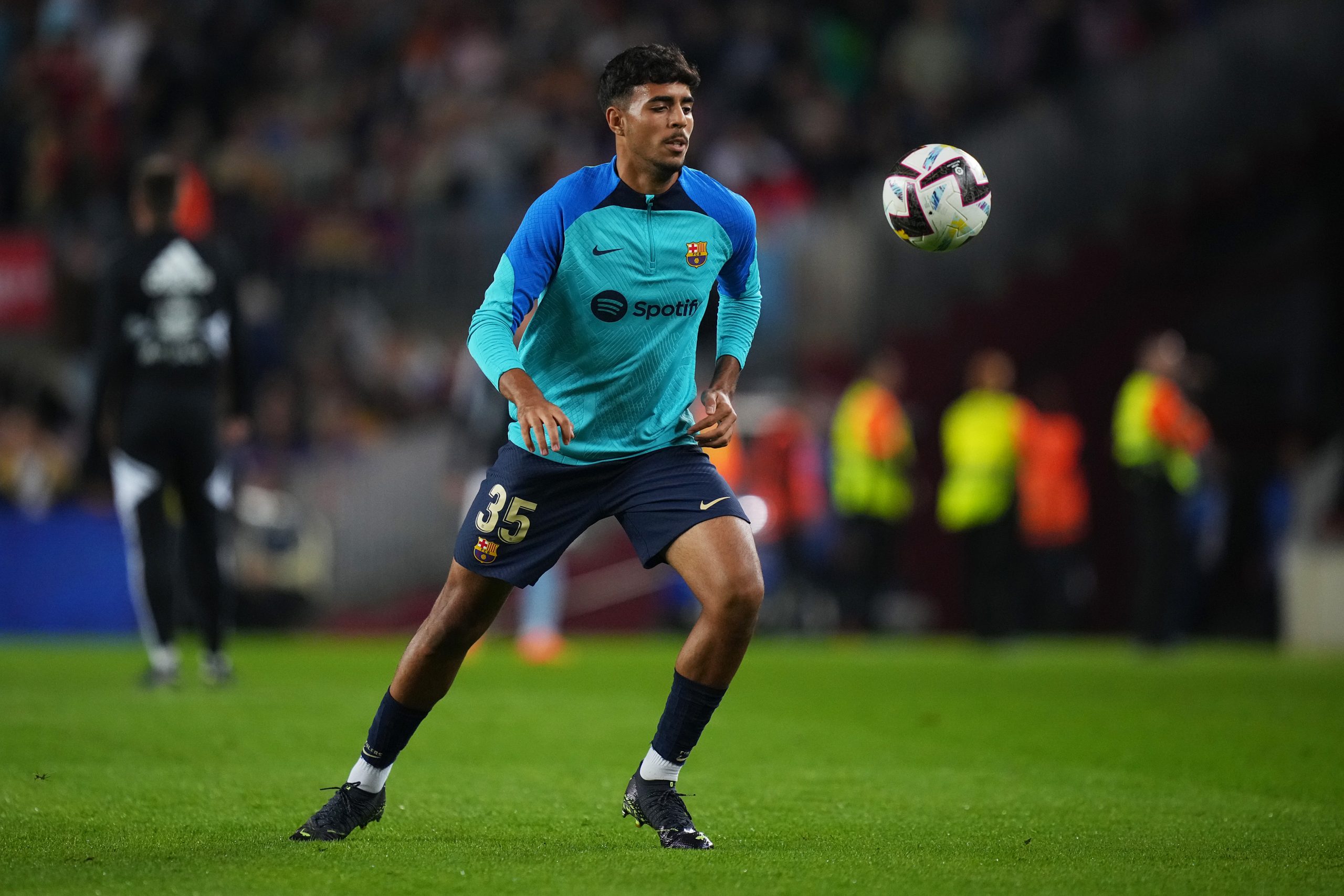 Barcelona’s recent win over Osasuna was a landmark moment for Chadi Riad, who made his debut by appearing as a substitute in the last minute of the game.

The 19-year-old replaced Pedri at the dying embers, as Xavi opted to add more defensive bodies in a desperate attempt to secure his side’s slender lead.

Speaking after the game, Chadi Riad sounded grateful to Barça for the opportunity, revealing that it was a special and emotional moment for him.

“My Barça debut? I worked hard for this. I am very happy. I’ve been dreaming about this day since I was very young. I want to thank Xavi for his confidence,” Chadi said (h/t Barça Universal). “I cried after my debut. I was very emotional.

A product of the famed Barcelona youth academy, Chadi has enjoyed a rapid rise to prominence in recent years, having made a solid impression with his performances in the youth divisions.

He has been a constant feature for Barcelona’s U19 and other youth setups, which, in turn, have rewarded him with a call-up to the senior side. Chadi thanked god and his family for his success.

“When I stepped onto the pitch on my debut, I immediately started thinking about God. I thought God was going to help me in those last minutes of the game. I also thought about my family, who have supported me all my life,” he said.

Although the 19-year-old will be impressed with himself for his ascension to the senior side, Chadi has a lot of grounds to cover if he is to become a regular member of the first team.

Despite Gerard Pique’s retirement, the youngster should face stiff competition from the likes of Ronald Araujo, Andreas Christensen and Jules Kounde for a place in the side. Not to mention, Barça may even sign a new face in the central defensive unit come January, so it will be interesting to see what the future holds for young Chaid throughout the rest of the season.