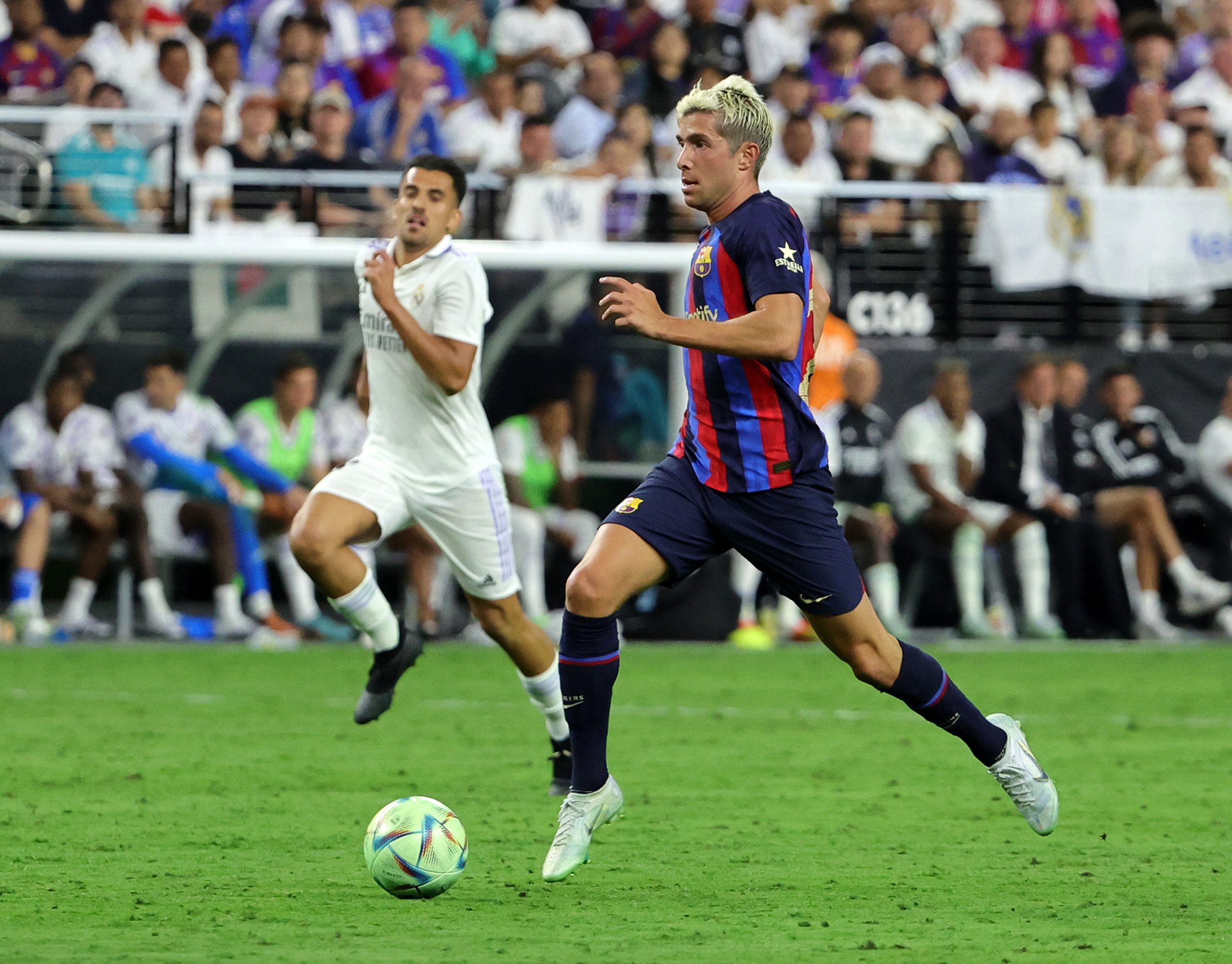 Veteran Barcelona defender Sergi Roberto has hailed the quality and depth of the squad at the club, stating that the Catalan giants have one of the best rosters in Europe.

Barça have had one of the most successful transfer windows in recent memory as they have added some accomplished, quality players to their ranks.

Franck Kessie and Andreas Christensen arrived on free transfers after their contracts with AC Milan and Chelsea had run out. That was followed by the acquisition of Raphina from Leeds United in a deal reported to be worth around €67 million.

The biggest capture of them all came when the Blaugrana landed Robert Lewandowski from Bayern Munich for around €45 million. One of the best strikers of the modern era, the Poland captain will add a lot of quality and experience to the squad.

On top of that, Barça strengthened the defensive with the addition of Jules Kounde from Sevilla.

Manager Xavi has time and again insisted that he wants a squad where he has two players for each position. And safe to say that the Barcelona legend is close to achieving that this summer.

And Sergi Roberto, who signed a new contract with the Catalans this summer, has hailed the depth and the strength of the squad, saying: “We have one of the best squads in Europe, if not the best.

“There’s no excuse. The competition will be serious and that’s good for us. Our goal is to fight for all the trophies.”

Barcelona completed their pre-season tour of the US with three wins and a draw in four matches and will be in action next again Mexican giants Pumas in the Joan Gamper Trophy before kickstarting the 2022/23 season.

And Roberto, who endured a torrid season last time due to injuries, will be hoping to make vital contributions to the side and repay the faith shown by manager Xavi.