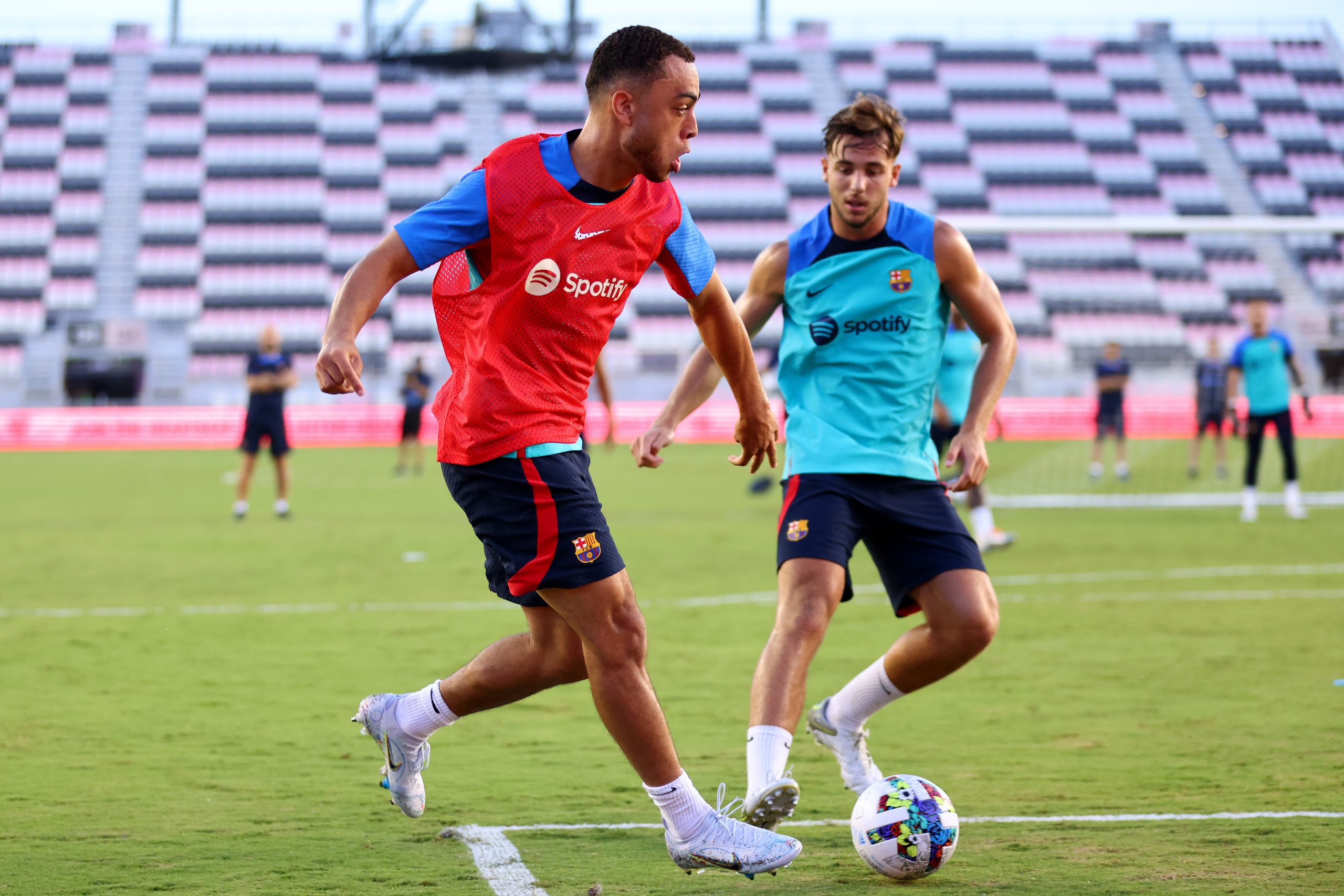 As per Mundo Deportivo, Sergino Dest has garnered the interest of Manchester United as the right-back has started looking for potential suitors for himself as he sees that his services are not demanded at FC Barcelona.

The American joined Barça in the summer of 2020, after the sale of Nelson Semedo to Wolverhampton Wanderers who had previously occupied the role of right-back at the club. The 21-year-old was seen as the next big thing for the Catalans.

However, the billing has faltered so far as the American has failed to impress any of his coaches while at Camp Nou. It even seems as though Xavi Hernandez now prefers Ronald Araujo or Sergi Roberto at right-back over the American.

With a contract until 2025, Dest has understood the message that Xavi and the club transmitted to him when he was left out of the squad against Rayo Vallecano on Saturday.

The right-back feels pressured to accept an offer, but he remains firm in his idea of ​​not moving because he trusts his quality to get a place in the eleven and because he feels very comfortable personally in Barcelona.

Everything indicates that a war of nerves is looming until the market closes, with Manchester United as the main club on the lookout. Barça hope that the American’s need to play regularly so as not to miss the World Cup in Qatar will make him end up leaving.

Barça already have a list of names ready to take over the spot at right-back and will be looking to make the signing as soon as possible. Thomas Meunier and Juan Foyth are the most likely candidates for the club.

But until Dest’s sale can be finalised, bringing in a new right-back could prove tricky for Barcelona.