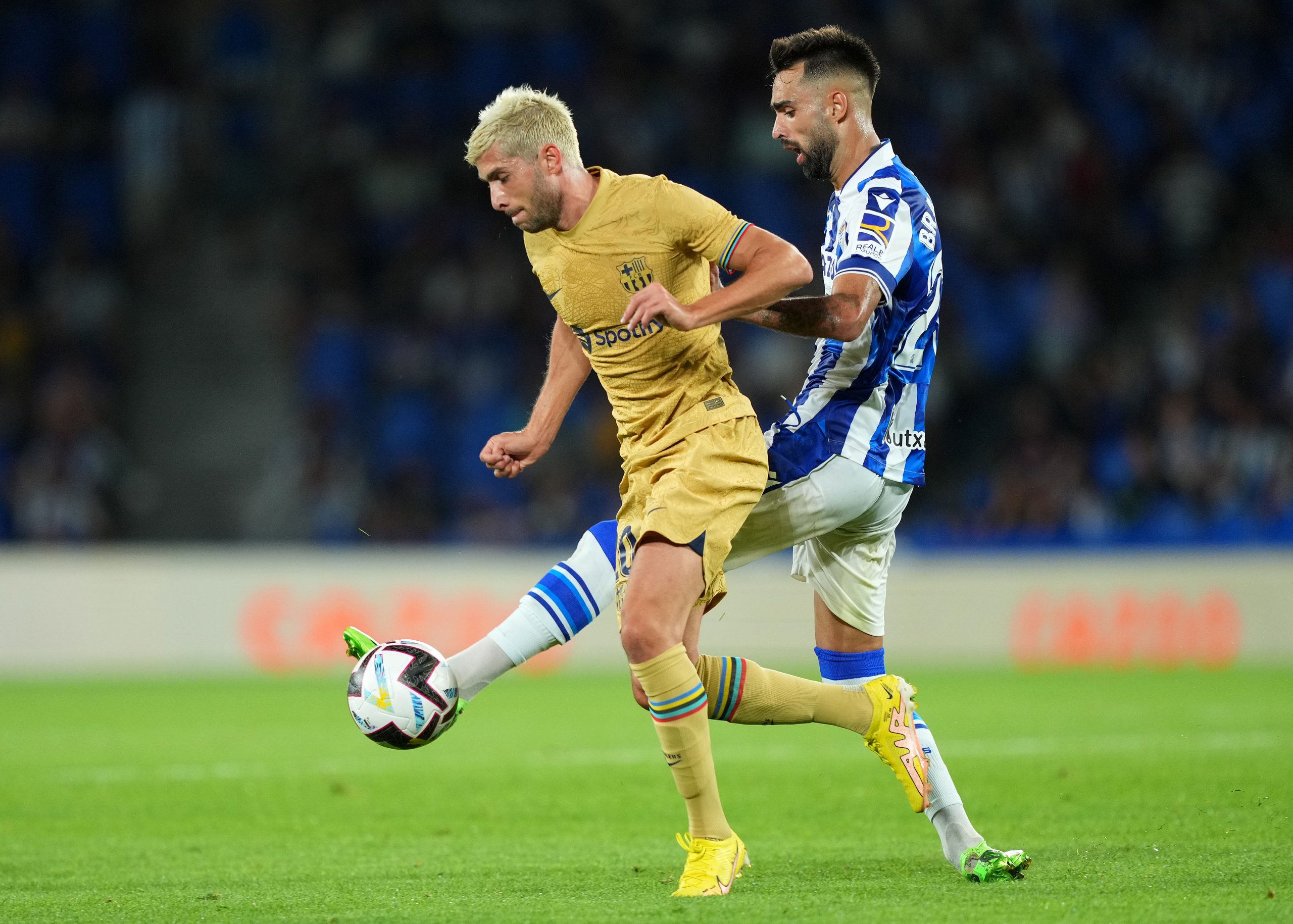 Even though Sergi Roberto signed a new contract with Barcelona earlier this year, he is staring at an uncertain future at Spotify Camp Nou.

The club captain’s previous deal was set to expire this past summer and Barça handed him an extension at the request of manager Xavi Hernandez, who believes that his former teammate still has a lot to offer.

However, Barcelona gave Roberto only a one-year contract extension and journalist Gerard Romero (h/t Carpetas FCB) is claiming that the Spaniard will, in all likelihood, depart the club as a free agent when the deal expires next summer.

The 30-year-old had made a good start to the season, bagging a goal and an assist in five matches in all competitions before sustaining a minor injury.

But, despite his form in the early parts of the season, it is expected that Roberto will not be staying at the club beyond the campaign.

Instead, Barcelona are already planning for a major investment to sign a new right-back next year. AS Monaco’s Vanderson has been touted as a key target, even though he is valued at €60 million by the Ligue 1 giants.

Romero claims that Barça might push for two right-backs, as along with Roberto, Bellerin is also out of contract next year. There is a possibility that the latter could be given an extension, based on performances, while the chance of him joining Real Betis next year also exists.

If such a scenario materialises, Barcelona will go after two right-backs. But, as things stand, Roberto does not seem to have a future at Spotify Camp Nou beyond the ongoing campaign.