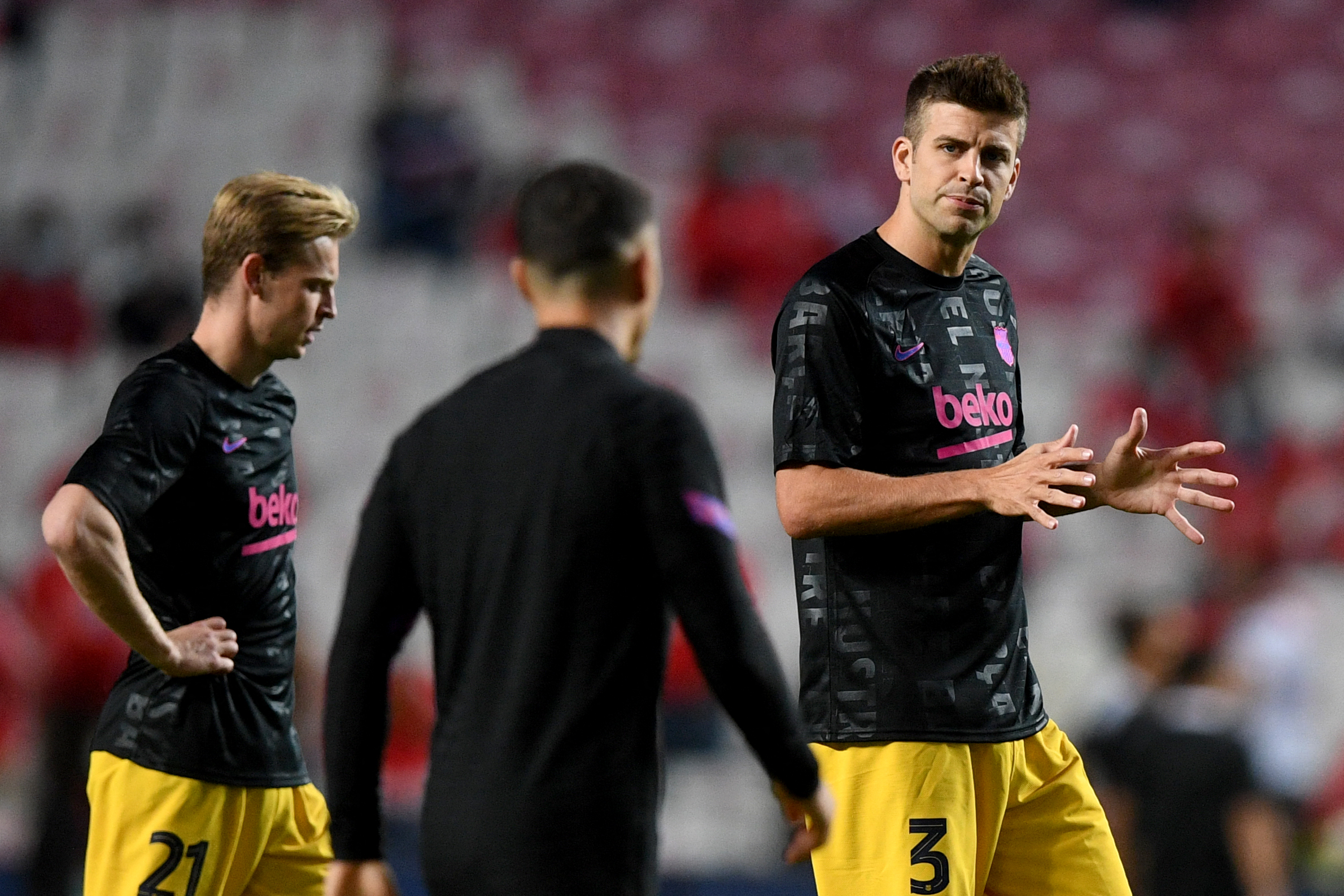 The soap opera that is Barcelona broadcasted a never-seen-before episode as a report from David Ornstein suggested that the club have found themselves to be criminals. Well, not that, exactly.

More astutely, the current administration of Joan Laporta and co. have found the contract extension handed to Frenkie de Jong by Josep Bartomeu to be illegal.

They want the Dutchman to revert to previous terms – those before the extension in October 2020, otherwise, they are willing to press charges.

RAC1 have expanded on the news from earlier this morning, saying that apart from de Jong, Barcelona have also found criminal evidences in the renewals signed by Marc-Andre ter Stegen, Clement Lenglet, and Gerard Pique.

All four players were handed renewals during the final months of Bartomeu’s reign, who had proposed salary cuts to the quarter, suggesting that they’d be helping the club in the short-term.

The club saved around €16-18 million in wages with these ‘extensions’, but Bartomeu also penned de Jong, Lenglet, and ter Stegen to a bizarre salary hike of 100%. In total, it ended up costing Barcelona €311 million in salaries.

As such, Barcelona have spoken to all four players, informing them of the illegalities in their contracts. However, the report suggests that no one other than Pique is willing to negotiate with the club.

Barça want to void the latest renewals, but it will likely depend on the lawyers and the kind of criminal evidence they find in the same.

As of right now, there is little to no update on ter Stegen and Lenglet’s contract. The former is still Barça’s first-choice goalkeeper, and the latter is on loan at Tottenham Hotspur for the duration of the 2022/23 season.

Meanwhile, it seems the club is negotiating a new contract with Pique, without giving him an extension. It will reduce his salary drastically, for the third year running, and help the club in registering players ahead of the 2022/23 La Liga season.

Finally, it seems the Blaugranas have made up their mind about pushing de Jong out. They have already struck a deal with Manchester United for €85 million, including add-ons.

Chelsea are also in the race, and both Premier League giants are willing to shell out Barcelona’s quoted price tag, and also pay the Dutchman the near €20 million he is owed in deferred salaries.

Barcelona are, for better or worse, the protagonists of the 2022 summer transfer market and will unquestionably get a lot more updates on this as August goes on.