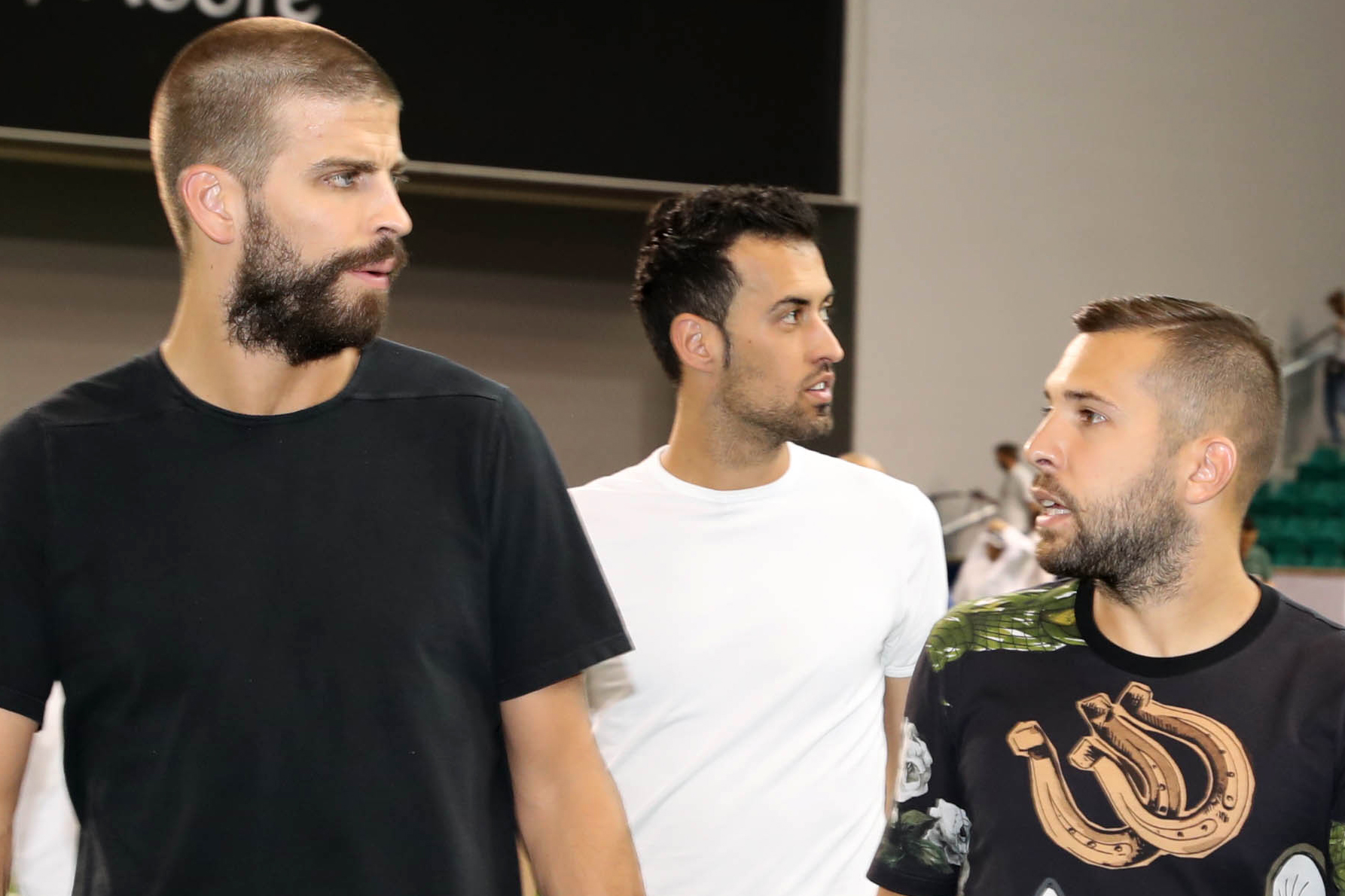 As per a recent revelation made by Lluis Mascaro of SPORT, Barcelona are pondering the option of parting ways with club captains Gerard Pique and Jordi Alba during the winter transfer window itself.

The team captains, especially Pique and Sergio Busquets have done a lot for the team. However, their recent behaviour towards a potential downward renewal has left club president Joan Laporta disappointed.

Mascaro writes that despite activating the financial levers, Barcelona continued to have problems with regard to fair play. As it turns out, the president reached out to Pique and Busquets for a particular collaboration as they earn the highest from the current squad.

While the duo initially agreed, their representatives backed out at the last minute, which is why they were forced to sell Pierre-Emerick Aubameyang. As a result, Laporta and club treasurer Ferran Olive also had to sanction a personal guarantee in order to register Jules Kounde.

All this left Laporta very disappointed and what is even more troubling is the fact that the aforementioned footballers, along with Jordi Alba, have mortgaged the club to extent that they will collect a whopping €200 million in the next year and a half.

As a result, Laporta now wants to get rid of his captains as early as possible. Now, as far as Busquets is concerned, he will likely leave on a free transfer when his contract expires next year. But it’s not the same with Pique and Alba, who have contracts that run until 2024.

Building on these claims, journalist David Bernabeu Reverter adds that there is unanimity among the board members that both Pique and Alba should not continue as Barcelona players beyond the current season.

The club consider that the veteran defenders’ cycle is over and efforts will be made to offload them as early as the winter window. The management understands it will be a difficult operation to conduct, but Pique has already attracted interest from Atletico Madrid.

Both Pique and Alba have hardly played this season and are no longer considered regular starters in the team. Given their current standing within the squad and the massive wages they pocket, it would make sense for Barcelona to part ways with them.