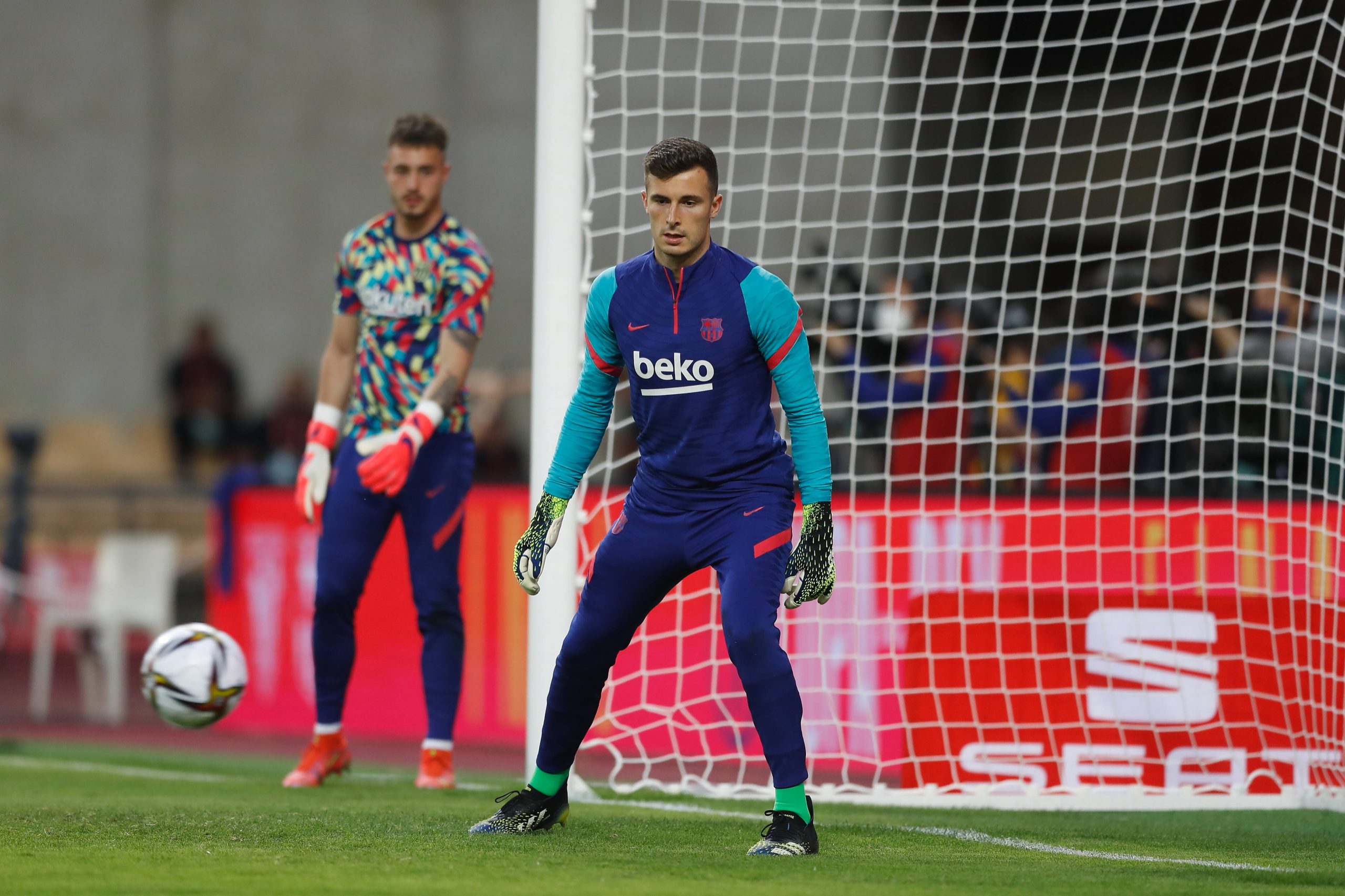 Barcelona, heading into the summer transfer window, seem to be doing quite well in the market. The Catalans have been able to bring in four new players already, while they have also been able to get one fringe player in Jean-Clair Todibo off the books, with more expected to follow him in the coming days.

However, Barca seem to have encountered a problem with regard to their goalkeeping department and the future of one of their promising, young academy graduate in Inaki Pena.

The 22-year-old custodian has been with Barcelona since 2012, having joined La Masia from Villarreal’s youth academy. Over the years, Pena has enjoyed a steady rise through the youth ranks and impressed with the club’s B team as well. And while he is yet to make his senior debut for the Catalans, the goalkeeper has been in and around the first team for quite some time now.

So, when it emerged that second-choice goalkeeper Neto could be on his way out of Camp Nou this summer, it only felt natural that Pena will be asked to step up and act as backup for Marc-Andre ter Stegen. However, things might not be as straightforward as they seem, according to a report from SPORT as club official’s assess their options.

Firstly, while Neto’s future remains uncertain, Barcelona have not been able to find a suitor for him as of yet. And, in case things stay the same, the Brazilian may end up staying at Camp Nou, especially considering that manager Ronald Koeman wants to have a more experienced deputy for his first-choice goalkeeper.

In case Neto does end up leaving, there is a chance that Koeman pushes Barcelona to bring in a more seasoned campaigner to cover for ter Stegen, leading to question marks over the status of Pena, even though several officials within the club feel that he is ready for the next step.

If the 22-year-old is not backed, he may also consider the option of pursuing his first-team ambitions elsewhere, the report adds, making it a tricky situation for Barcelona. While a loan may be a possibility, it is one option that the Catalans are yet to discuss.

As things stand, the club have faith that Pena is ready for a bigger role with the first team. But that vision is not shared by the manager, who wants more experience in his goalkeeping department. It remains to be seen how they resolve this matter.