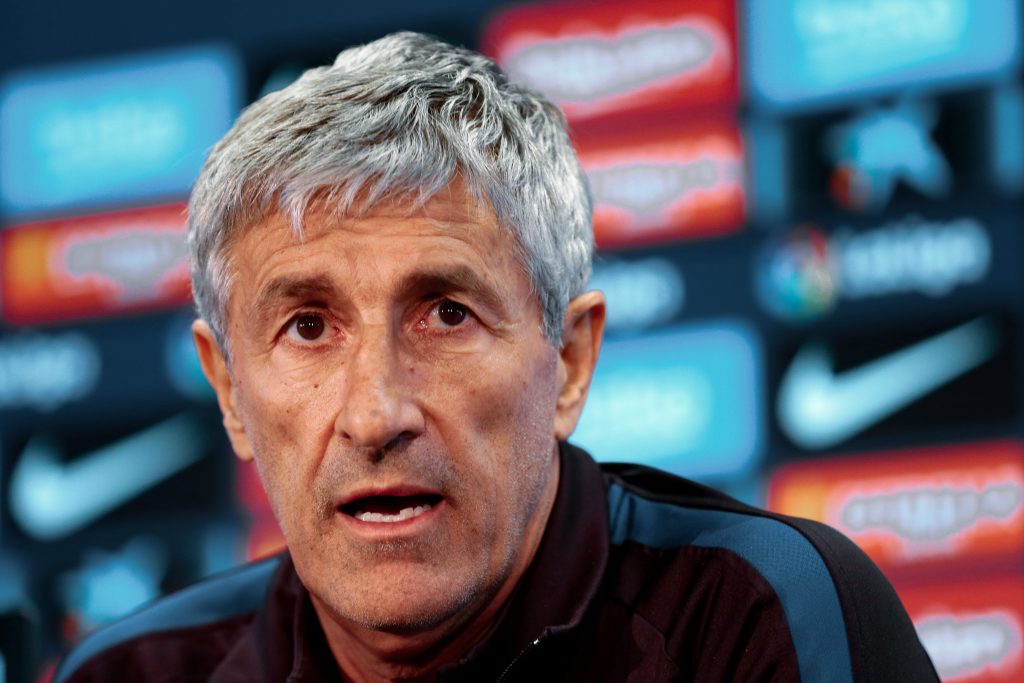 Barcelona will be facing Sevilla on Friday at 22:00 CET, and the Catalans’ coach Quique Setién has spoken in press conference ahead of it.

After a 0–4 away win over Mallorca and a home 2–0 victory over Leganés, Barcelona prepare to face Sevilla on Friday night at the Ramón Sánchez Pizjuán. For that clash, coach Quique Setién won’t have at his disposal Ousmane Dembélé, injured, Samuel Umtiti, suspended, as well as Frenkie de Jong, who has a calf strain, and Sergi Roberto, with a rib fracture. The latter two missed Thursday morning’s training session and haven’t made the 23-man squad list to ravel to Andalusia. This is what Setién has said in today’s pre-match press conference on such circumstances, and much more:

“I would rather lose Frenkie for one game than four”

“De Jong is a great player who gives us many things but we do have players to replace him. I hope he recovers soon”

“We have seen the surprises that football brings. We need to focus on overcoming each match and maintaining the advantage”

“It’s possible that we will gain an advantage in Seville without the fans there. We will have to see how the game goes”

“Sevilla are a solid and physical side. But we do know their weaknesses and will try to exploit them”

“Players such as Leo Messi are smart enough to decide when they need rest. They will warn me if they feel the need to be rotated out of the line-up. However, I will set the guidelines for when they play”

On the future of Arthur Melo

On 17-year-old Ansu Fati, who scored the opener against Leganés, and the other youngsters

“Ansu is a young player who needs to be managed. There is still much for him to learn about himself”

“The young players Ansu, Riqui [Puig] and [Ronald] Araújo are all very different players, but they are very talented and bring us quality”

“Riqui Puig played a great game. He is a kid who is training very well and has a very good attitude”

On the remaining Champions League round of 16 match against Napoli

“The return leg against Napoli should be played at the Camp Nou, of course”

“While he plays out wide, he has a tendency to drift into the centre. We never instruct him to stay wide because he is not that dribbling kind of player”

“Dembélé is recovering well. It remains to be seen if he will be fit for the end of the current season”