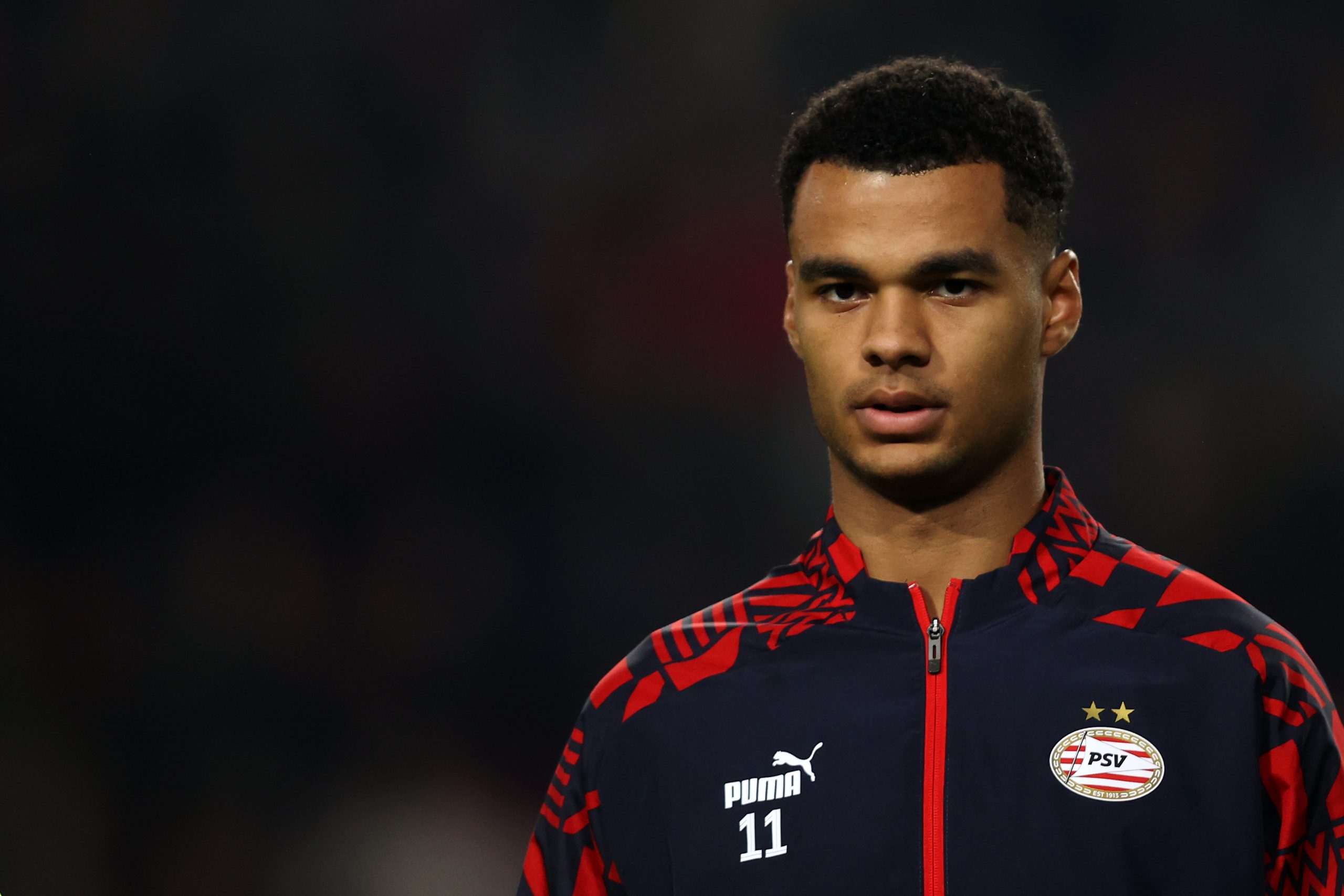 PSV Eindhoven’s left-winger Cody Gakpo has generated heavy interest across Europe. If reports are to be believed, the 23-year-old is already been monitored by Manchester United, Arsenal and Bayern Munich, and Barcelona are the latest team to jump on the wagon.

As relayed by Diario SPORT, the Catalan team is already working on shortlisting the players who can fit into Xavi’s project from next season.

For that, the primary objective is to look for those whose contracts are expiring at the end of the current campaign. Hence, players like Diogo Dalot, Jorginho and even N’Golo Kante are currently at the top of the agenda.

At the same time, however, the team is not ruling out the possibility of injecting money into those who represent a bright future, and Gakpo, given his performances this season, certainly falls into the criteria.

Lining up alongside Luuk de Jong and Xavi Simons, two familiar faces for FC Barcelona in the PSV frontline, Gakpo has racked up an impressive 13 goals and 16 assists in 22 appearances across all competitions.

This has led to him generating heavy interest from the European heavyweights, with Barcelona being one of them along with Arsenal, Manchester United as well as Bayern Munich.

The only issue in signing the 23-year-old winger is going to be his valuation. Although Transfermarkt values him at just €35 million, the year-old formula of supply and demand is going to give PSV a big leverage.

This basically means his valuation will rise significantly. Given the interest, Barcelona might as well have to give up on his signing mostly because they cannot compete with the financial muscle of Manchester United, Arsenal and Bayern Munich.

For now, signing someone like Gakpo remains a far-fetched idea and even if Barcelona are looking to sign a winger, a certain Marco Asensio of Real Madrid could be preferred as he remains an experienced campaigner and top of that, he would cost nothing as his contract expires at the end of the season.