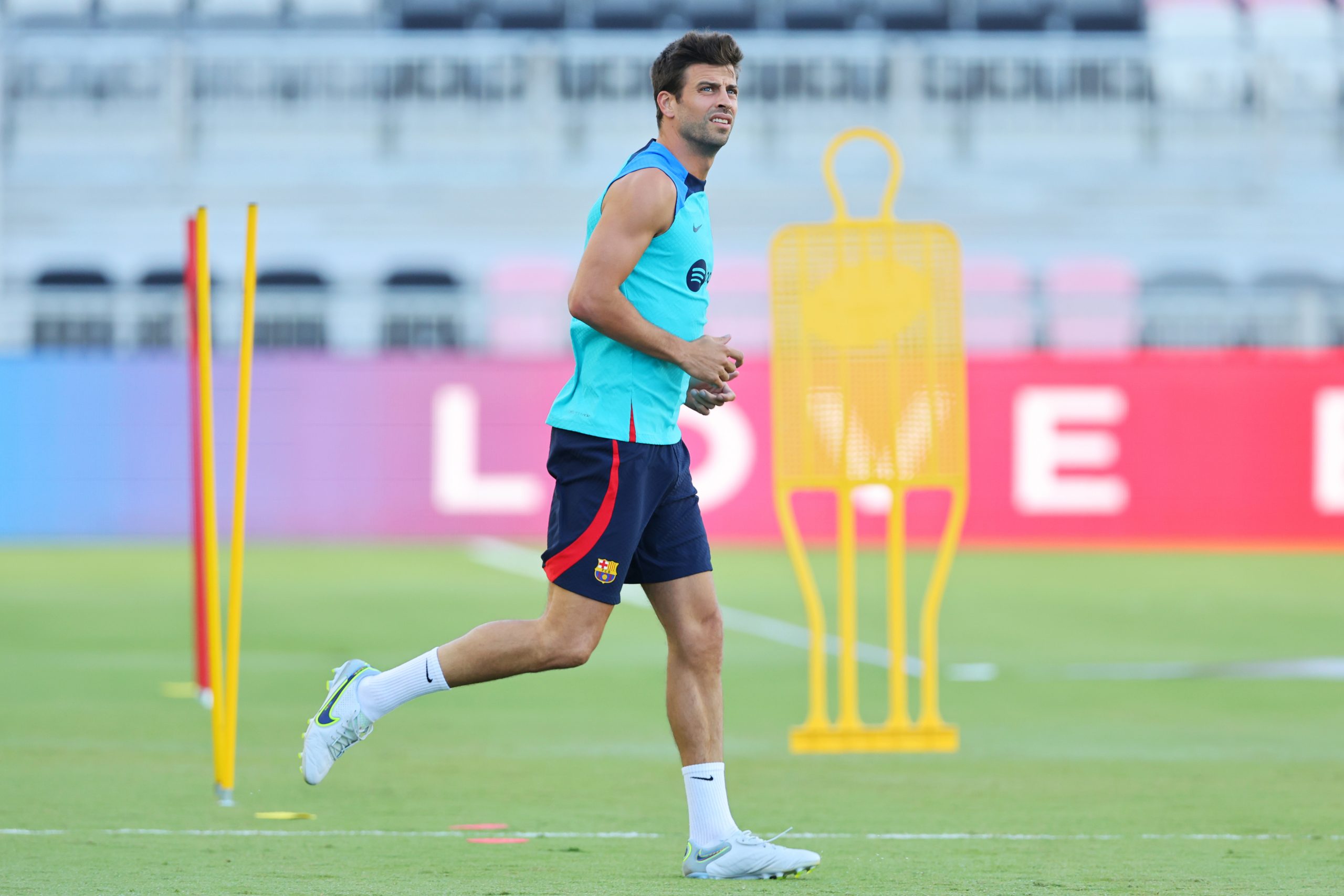 As Barcelona struggle to register their new signings in time for the La Liga opener against Rayo Vallecano this weekend, veteran defender Gerard Pique has offered to completely forego his salary and play for free, reports Diario AS.

Barcelona have made five major signings this summer but have been unable to register any of them with La Liga, while Ousmane Dembele and Sergi Roberto’s new contracts are also yet to be registered.

Reports claim that even if the club activate the fourth economic lever, they will still not be in a position to successfully register the players in compliance with La Liga’s Financial Fair Play policies.

Hence, Barça have once again turned to their captains to negotiate pay cuts, like they did last summer, having held talks with both Gerard Pique and Sergio Busquets about the matter.

As per the report, Pique met with the club officials last week to discuss the reduction of his salary and is believed to have offered to play for free in order to help facilitate the registration of the new signings at the earliest possible.

However, it is claimed that Barcelona did not agree to such a proposal, although the veteran defender is all set to pen a new deal that will see his wages reduced drastically.

Pique is no longer considered a starter under Xavi’s management and could even start the new season as the fifth-choice centre-back behind Ronald Araujo, Jules Kounde, Andreas Christensen and Eric Garcia.

But the 35-year-old veteran is motivated to prove himself and is reportedly willing to do what it takes to help the team on and off the pitch.

Along with Pique, Barcelona have also held talks with the agents of Busquets, who is also willing to reduce his wages to help the team out of the current situation.