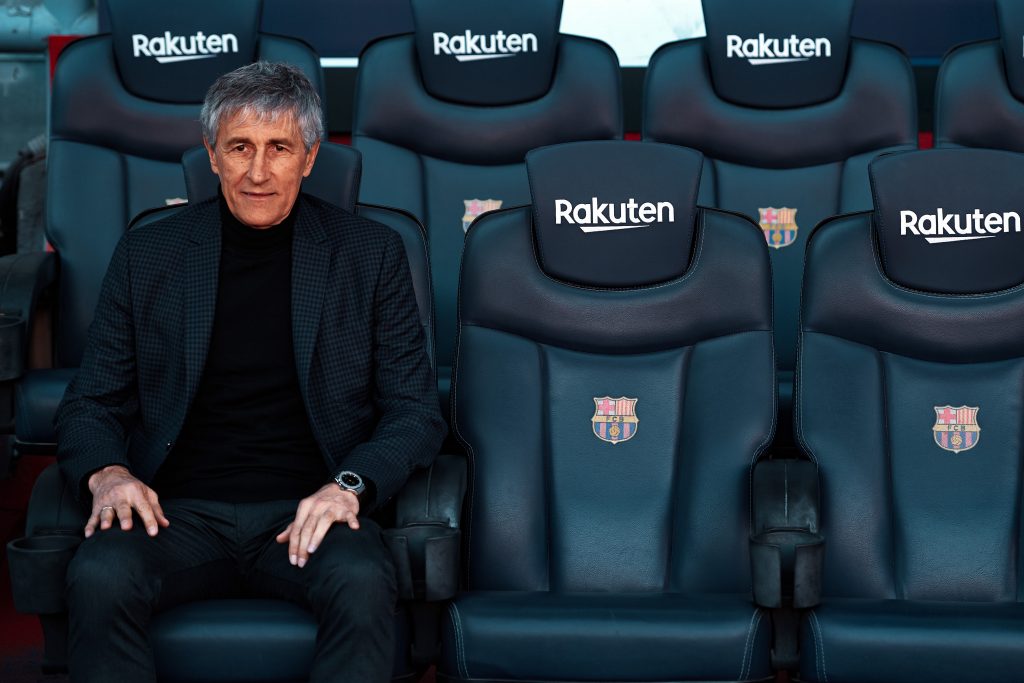 Ahead of this evening’s mouth-watering quarter-final clash with Bayern Munich, we examine two possible options to approach the game Barcelona can adopt. The German champions have been in fine form this season and since the return to football, while the blaugranas have not. Nevertheless, the Catalans can still dare to hope given this win-or-go-home format.

Given the format of the Champions League this season, Barcelona find themselves only three matches away from European glory. In La Liga, the blaugranas have fallen far below the standard they have set for themselves throughout the previous decade, accumulating their fewest point total, 82, since the 2007/08 season. However, a season marred by speculation, scandal, controversy and in-fighting could ultimately still end in glory.

For that to happen, coach Quique Setién will have to approach tonight’s quarter-final clash against Bayern Munich, and hopefully the next 10 days, with the right game plans in mind. Football, a sport probabilistic in nature, offers no guarantees. It is always important to remember that no approach is full-proof. With that said, any approach comes with its own range of probable outcomes.

Barcelona have a choice to make tonight when facing Bayern. Do they adopt a more conservative approach, one with a relatively high floor –– or minimum level of quality –– but a low ceiling, or a more ambitious approach with a lower floor but a higher ceiling –– or the most potential ––? In essence they must ask themselves what range of possible outcomes are they more comfortable with.

Here, we will examine two such approaches.

The first, more conservative, approach is similar to the one Setién adopted against Napoli on Saturday, albeit with different personnel. The purpose of this approach is to pack the middle of the pitch to absorb the opponent’s pressure. With that said, the diamond nature in midfield would allow Barcelona to still be able to effectively build up attacks during sustained spells of possession.

Indeed the role of youngster Riqui Puig is vital for this approach’s success. A common theme in Barcelona’s recent European humiliations to Liverpool, Roma, PSG and Juventus has been an inability to deal with the opposition’s press when building out from the back. Consequently, Lionel Messi, who has time and again demonstrated his match-winning abilities, received 40% fewer passes in those matches than he normally would.

Much has been said about Barça’s CL failures in recent seasons. If you want to sum up all the reasons into one graphic, this would be it.

Messi receiving 40% less passes in our biggest games is a crime. #SetienAlBarca pic.twitter.com/4TrT8YF1hO

Using this diamond 4–4–2 approach, that was not the case against Napoli over the weekend. Indeed, despite the team’s conservative set-up, Messi was still the recipient of 53 passes. The role Antoine Griezmann played –– i.e: the role Puig would play under this approach –– was big reason for the team’s more successful build-up dynamics.

Indeed, the Frenchman was the target of 54 passes on the night, successfully receiving 45 of them –– 83.3%. per FBRef. As you can see in the map below, most of these passes were progressive in nature. Griezmann constantly offered himself as a progressive passing option, allowing Barcelona to circumvent Napoli’s high press whenever they employed it.

This is something Barcelona lacked in the other Champions League games, particularly at Anfield last year. At Anfield, Philippe Coutinho, playing on the left, was the target of 42 passes, receiving a dismal 24, or 57%, of them. That is a stark contrast, and should paint a clearer picture of how important the role Griezmann played is in order for this approach to work properly.

Riqui Puig is arguably better suited for that role, though. His incredible ball control allows him to function better in the undoubtedly tight spaces Bayern Munich will offer Barcelona in midfield. With that said, Griezmann did prove himself capable doing the job in this role against Napoli, and would be a good alternative.

Elsewhere, the team is pretty much set in stone for this approach. Some may disagree over the choice of right-back, as they will no doubt prefer the Nélson Semedo’s pace defensively. In truth, neither right-back has been entirely convincing this season. In the end, Sergi Roberto was chosen for his superior decision making and positioning.

This approach is more ambitious, and aims to take the game to Bayern. Consequently this approach is riskier, but ultimately has more potential. Playing centrally in this approach, Messi would drop in between the lines to create a diamond / box midfield shape. This would create a free man in midfield and allow him on the ball.

Barça’s second approach, with a 4–3–3 with Lionel Messi central in a false 9 role

Setién has used this approach several times before the break. His aim was to create a box midfield structure that frees Messi in the right half-space, and places three runners ahead of him to stretch the pitch and the opponent both vertically and horizontally, as seen below.

When this approach was used, Messi enjoyed more time and space on the ball than he has in years. Consequently, as you can see below, Leo was able to create more shots for himself off the dribble, and more shots of his teammates via open play passes than he does on average.

Barcelona are likely to have their hands full down the flanks. Ansu Fati and Griezmann, both of whom work hard out of possession, would be able to provide support and cover. Indeed, given Bayern’s tendency to use two attack-minded overlapping full-backs, the Bavarians are likely to be at their most vulnerable down the flanks. This approach would therefore offer Barcelona a more direct way of attacking Bayern.

The difficult decision with this approach is choosing between Riqui Puig, the superior ball carrier and chance creator, and Arturo Vidal who is a more effective presser and a bigger scoring threat. Ultimately Riqui was chosen, as Vidal could be utilised best as an early sub to give the team a second-wind.

As previously mentioned, football is probabilistic in nature. Neither approach –– nor any other approach –– can guarantee a result. However, Barcelona can decide whether to go for a more conservative –– lower variance –– approach, or a more ambitious –– higher variance –– approach. It is up to the manager Quique Setién to decide which plan he opts for against Bayern, although he will surely have studied the Germans and the different tactical possibilities better than anyone else.