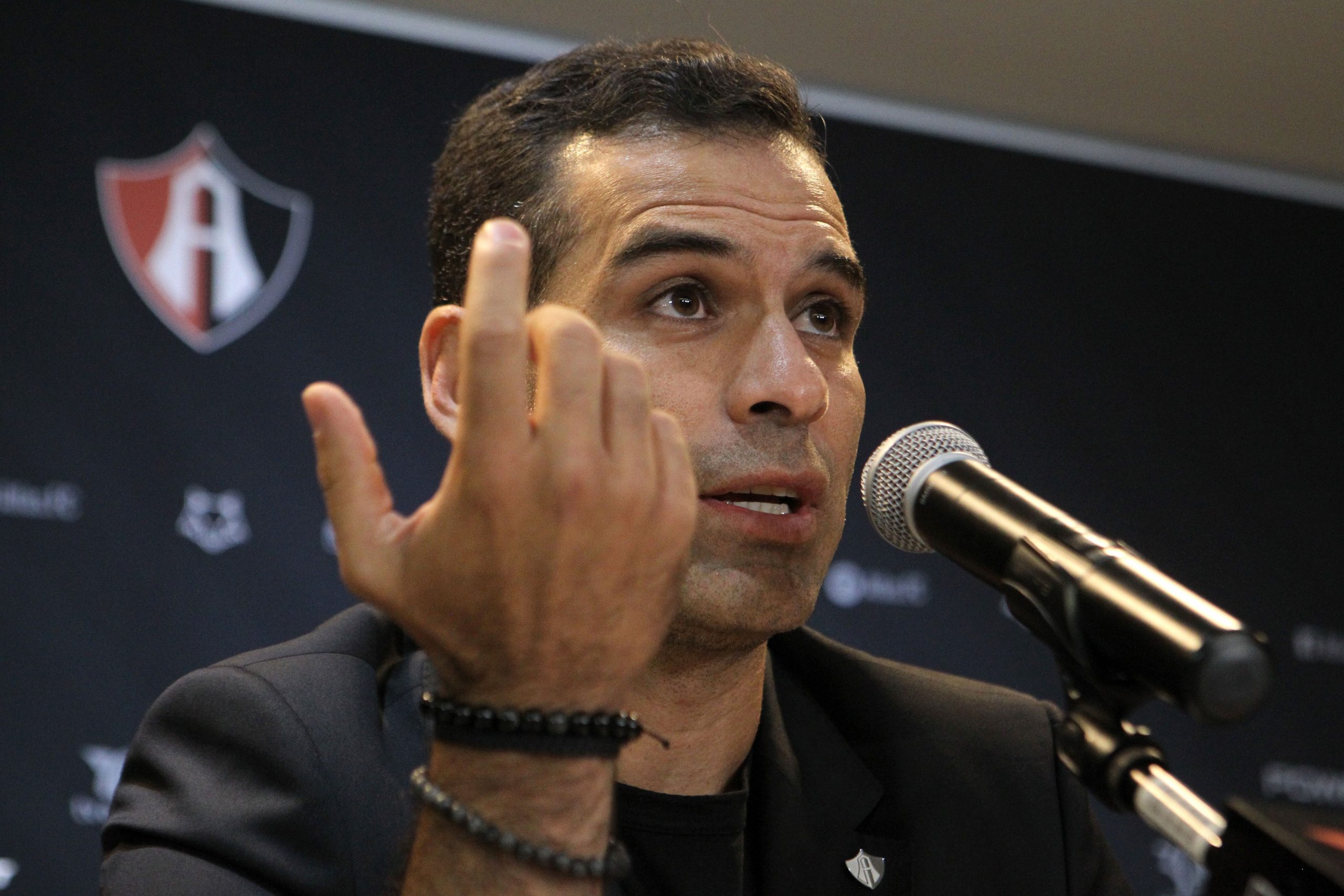 The 35-year-old left Barça on a free transfer after the club failed to renew his contract due to the financial situation. But, there have been a lot of rumours about the Catalans wanting to re-sign him next year when his deal with PSG expires.

And Marquez, for one, would love to see Messi back at Barcelona, as he said: “Talking about Barcelona and Leo Messi is practically the same. This has been his home for a long time.

“He has made history with the club and I think the doors will always be open. Personally, I don’t see Leo wearing colours other than those of Barça or the Argentine team.”

The former Barcelona and Mexico defender also spoke about his relationship with first-team manager Xavi Hernandez and the conversations that happen between the two.

“We know each other very well, we have a very good friendship, and now we are back working for the same club. We talk once or twice a week,” he said.

“The communication we have is very important because we have to try to be at the service of the first team, they are the most important in the chain.”

Speaking about club president Joan Laporta, who handed him the opportunity to manage the Barça Atletic side, Marquez said: “His board gave me the opportunity to come to Barcelona in 2003. Now he has given me that confidence again.

“Of course, important things are achieved with Laporta. The effort he has made to ensure that the first team has a competitive squad shows that he is a person with a character who always seeks the best for the club.”

On quizzed whether the first team was back on the right track, he added: “They are on it. They have made a great effort to have this squad. But now you have to go game by game.”

Marquez also commented on the situations of veteran defenders Gerard Pique and Jordi Alba, who have fallen out of favour at the club, saying:

“They have to mature and accept the role that they have. Now Barça have had casualties and they will surely have more opportunities.”

Talking about the situation of Pablo Torre, who made his debut for Barcelona Atletic this past weekend, Marquez stated:

“He came this weekend to work with us for the first time. We hardly had to correct things or explain how we work because our routine is the same as that of the first team. He knows that he has the doors to come when they consider it opportune.

“He is a boy who has a lot of quality to be in the first team, but he also has a lot of room for improvement. Xavi is managing it very well.”

“I have had great coaches like Ricardo La Volpe, Pep Guardiola, Rijkaard, Deschamps or Hugo Sánchez who was in the national team. I have learned from all of them. Personally, I try to apply the good and avoid the bad.”

On being quizzed if he wants to manage the Barcelona first team in the future, the Mexican tactician replied:

“I believe that in life you have to have dreams and goals. To achieve them you have to work hard and have much more experience. I just started and we’ll see what happens during this stage and if I’m good at it. And if not, then I will continue working.”

Marquez also stressed on the importance of churning out talent from the club’s La Masia youth academy, saying:

“Of course. By values, by history and by principles. And also because I think it is essential that there is the same way of proceeding. There is a lot of quality to be able to have a good base of people from the academy in the first team.”