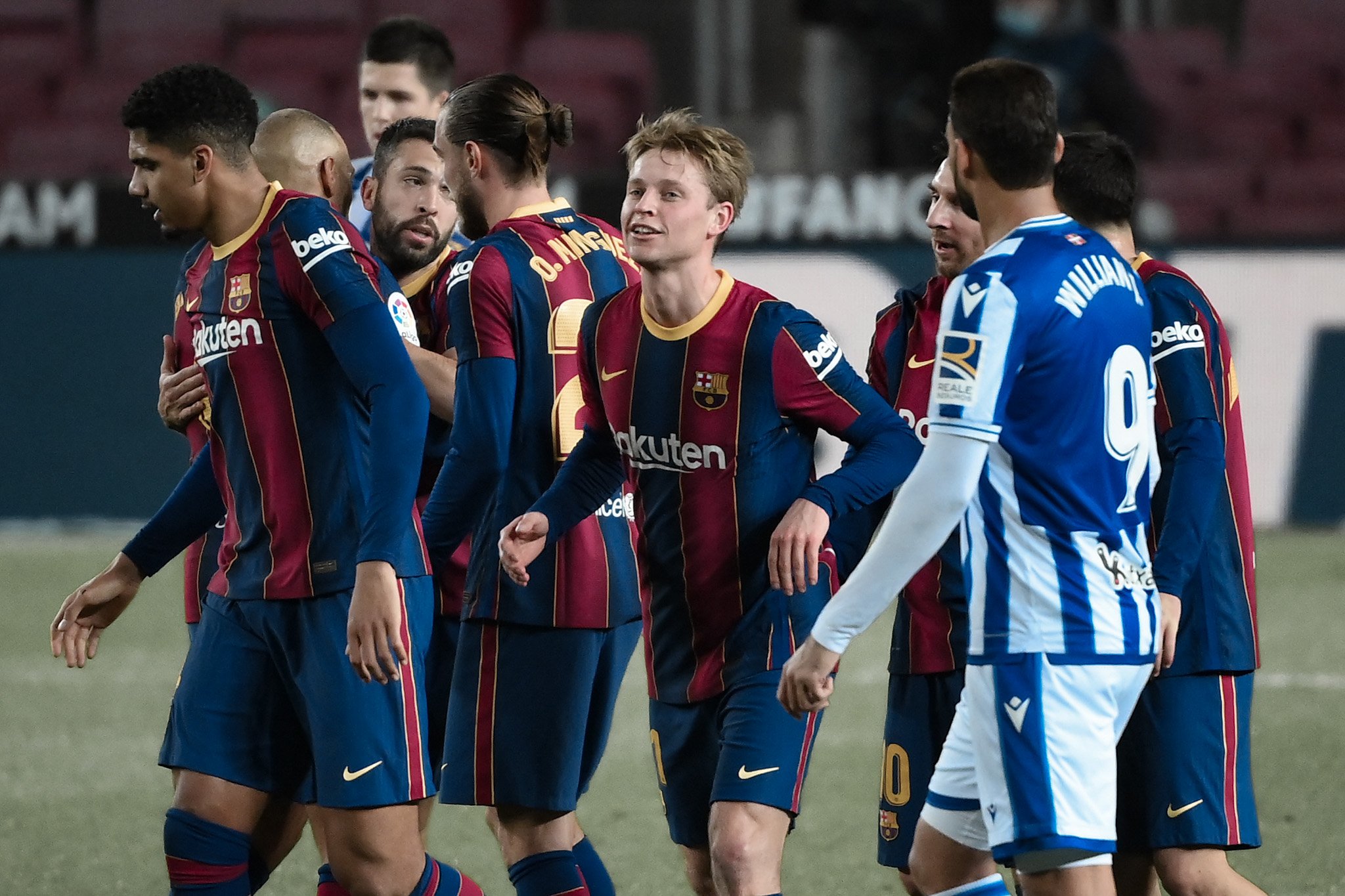 Following a rather poor showing throughout the 2019/20 season, everyone knew this campaign would be a largely transitional one. After all, having lost two coaches in a relatively short span of time and then being on the edge of losing the best player in the history of the club was bound to rattle a few feathers. And rattle them it did.

The appointment of Ronald Koeman, therefore, was largely a hail Mary by the struggling hierarchy who knew they had to take drastic measures in order to survive. Measures were taken, sure, but they didn’t finish their mandate with Josep Maria Bartomeu flying out the exit door.

Now, however, a bit less than halfway into the 2020/21 season, Barcelona are still a wounded giant. At the very start, it did seem like Koeman’s changes would be enough to weather the storm. Until they weren’t.

Things started falling apart relatively quickly, resulting in Barcelona plummeting down the standings week after week. Of course, the first couple of games went great as they crushed both Villarreal and Celta Vigo 4:0 and 0:3 respectively, which made many fans excited for the immediate future.

However, Koeman always stumbled at the bigger challenges. First there were Sevilla, then Getafe, then Real Madrid, Atlético Madrid and Juventus. All the big games ended either in a draw or a defeat, mostly the latter though. And just like that, Barcelona found themselves in the bottom part of the table with the alarm bells blazing across the Camp Nou.

The issues were aplenty – the new system obviously had too many glitches. The 4-2-3-1 is a well-balanced structure on paper but seemingly not suitable for Barcelona. The choice of personnel was also doubtful and at times, still is. Then there are the performances on an individual and collective level, as well as the never-ending injury list. You name it, it had happened to the Catalans.

But we are now past game week 12 for Barcelona and they find themselves fifth in the table, having beaten the previous league leaders Real Sociedad at home. Atlético Madrid, who are currently leading the pack, are only six points clear but also with one game fewer on their account.

Of course, Real Sociedad, Real Madrid and Villarreal are all ahead of the Catalans, in that descending order too, and it still feels like there’s a mountain to climb before we can actually start celebrating some improvements. But even though the sample is far too small, there’s no denying that improvements do exist.

Reverting back to the 4-3-3 structure and trusting the innate ability and understanding of the youth while also playing to the strengths of the team seems to be working for Koeman. But caution is advised.

We’re still very early into the 2020/21 campaign and many difficult challenges await. The victory over Real Sociedad was Barcelona’s first against a big team in La Liga, not counting the triumph over Villarreal in game week one since the Yellow Submarine was in a similarly weird situation back then.

The Catalans still have to face each of the teams above them in the standings once and then there’s the Champions League clash against Paris Saint-Germain too. Again, Koeman has struggled on big nights so nothing is guaranteed apart from more nail-biting moments.

But as was alluded to earlier, hope is still very much alive. Against Real Sociedad, who were clearly weakened by some absences as well, we’ve seen the best half of football Barcelona have produced this season.

If we get to see more of that Barça further down the line, they may be something to fight for at the end of the season.