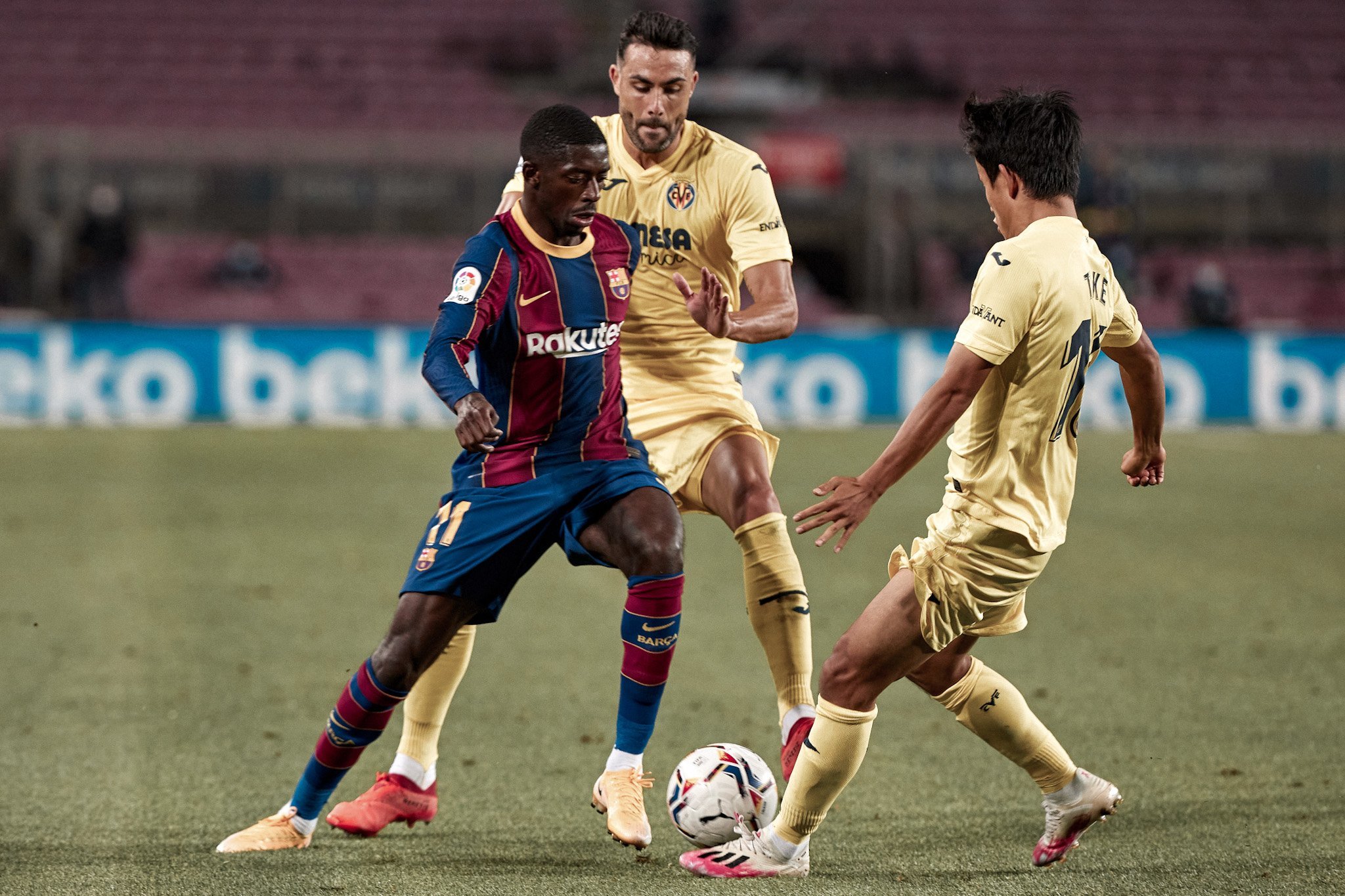 Ousmane Dembélé’s future has been of great debate in recent weeks. Now that the transfer window has closed, what will Ronald Koeman do with the prodigy?

Injuries have ruined Ousmane’s stay at Barcelona and he found himself surplus to Koeman’s needs. The French winger was linked with an exit to Manchester United, but an agreement failed to materialize. The player has expressed his desire to stay and prove himself. But he remains a risky investment with no guaranteed rewards. Every time he is brought down, fans fear a relapse of his hamstring issues.

The world cup winner has a lot up his sleeve; explosive pace, dazzling skills, and the ability to be good with both feet. But there are four main aspects, apart from the injuries, that bring his place in the team under scrutiny.

First and foremost comes his attitude. Though it has improved a lot in recent times, Ousmane continues to turn up late to training. Even if it is by a few minutes, you would expect someone who is determined to put his reputation behind him to arrive a few minutes early. Secondly, his wayward shooting. It might be just rustiness because of the lack of game time. But his poor shooting has been an issue from the start. For every crazy solo or match-winning goal he has scored, there have been several easy opportunities missed. There is nothing that a confidence-boosting run can fix. He has shown that he is more than capable of finding the net. But finding that rhythm consistently like Ansu Fati is something that he lacks.

Then comes his passing. His passing by itself is not that bad. But the lack of awareness he shows, the poor touches and decision-making, and the general lack of tactical knowledge that is necessary in a Barça player really hamper him. And finally comes his defensive work-rate. The number eleven has the speed to be able to quickly close down spaces. But he has never been reliable defensively. Koeman has asked his team to first and foremost be solid in defense. In fact, the Dutch manager has stated that someone like Francisco Trincão, who directly competes with Ousmane for a place in the team, can put in a better shift at the back.

All this together explains why the club were open to sell him in exchange for sum much needed cash. But now that his stay has been confirmed, the big question arises: will Koeman use Dembélé?

Given the tight competition from the likes of Ansu Fati, Antoine Griezmann, Philippe Coutinho, and Francisco Trincão, one might think that Dembélé would simply be a benchwarmer. But recent games have shown that at times, the Blaugranas have missed an explosive and unpredictable player like Ousmane. When Antoine Griezmann and Sergi Roberto play together on the right, the lack of speed and the ability to beat players shows. The fact that there have been very few attacks on the right prove to be of concern. And this is where the Frenchman could come in.

Dembélé is more than capable of creating opportunities for himself. He has to work hard on his game though. Ousmane might not be tactically gifted, but forging an understanding with his fellow players will prove to be essential if he is to succeed at the club. He needs to bury any chances that come his way consistently. That means working hard on his fitness, training hard to somewhat fix his shooting, and most importantly, proving his worth through his actions.

For now, it looks like Ronald wants the number eleven to be used as a super-sub when the team need that extra something in the match. But if Ousmane can capitalize on any opportunities that come his way, he might just force Koeman to reconsider the spot on the right side. He is a player who has received a lot of hatred and criticism, and this is his final chance to prove them wrong. He is not one of the first names on the Dutchman’s mind right now. But with enough dedication and consistency, he might just change the manager’s mind.