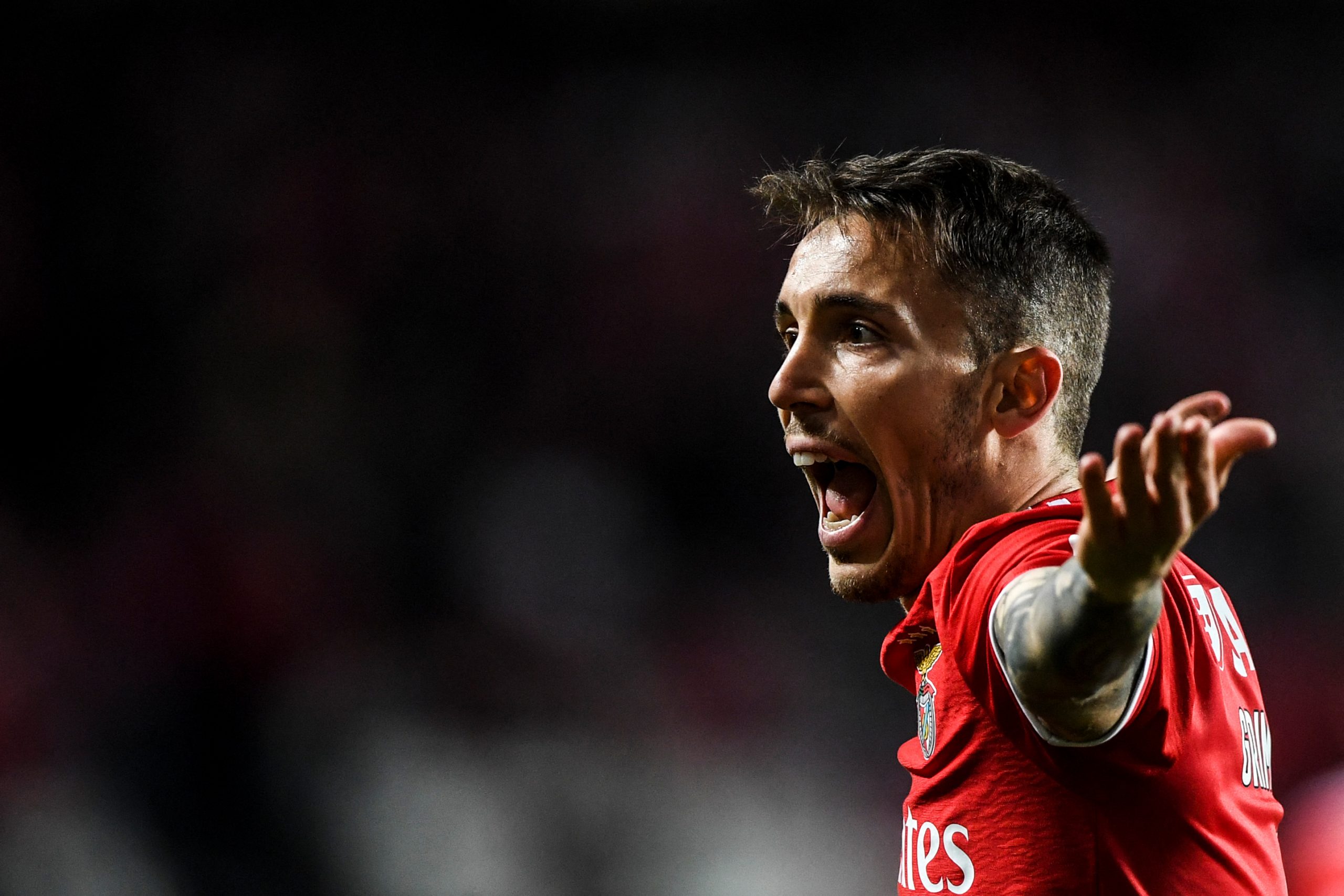 There’s nothing Barcelona love more than bringing back La Masia graduates. After all, these players have a deep affinity for the club and know its play style like the back of their hands. In fact, the list of Gerard Pique, Cesc Fabregas, Eric Garcia, and Adama Traore could grow this summer.

According to SPORT, Juventus have joined Barcelona in the pursuit of Benfica’s left-back Alex Grimaldo. The Spaniard is one of the most (offensively) electrifying left-backs in world football with ten goal contributions this campaign. Thus, it’s no wonder why he is the subject of a transfer battle.

Grimaldo, coupled with Valencia’s Jose Gaya, is a serious target for the Catalans. Jordi Alba continues to play at a high level, although the left-back position is severely lacking in depth.

The Spaniard could likely serve as a rotation piece; and should things go right, the future of Barcelona’s left-back position. Furthermore, Grimaldo has adopted a “never say never” approach to potentially returning to Catalonia.

Conversely, Juventus are looking to replace veteran Alex Sandro, who could depart Turin this summer.

Despite operating as a wing-back in a back-five, Grimaldo is more than capable of playing as a traditional left-back.

Up the pitch, his dribbling is a sight to behold, and his ability to whip pin-point crosses is top-notch. Grimaldo could thrive in Xavi’s system that demands full-backs to switch between playing out-wide and in central positions.

Now under Joan Laporta and Mateu Alemany’s leadership, Barcelona will not look to get in a bidding war with Juventus, even though it has been reported that the 26-year-old could be available for as little as €10-15 million given Benfica’s financial problems.

It’s worth keeping an eye on how far the Catalans will go to supplement the left-back position.