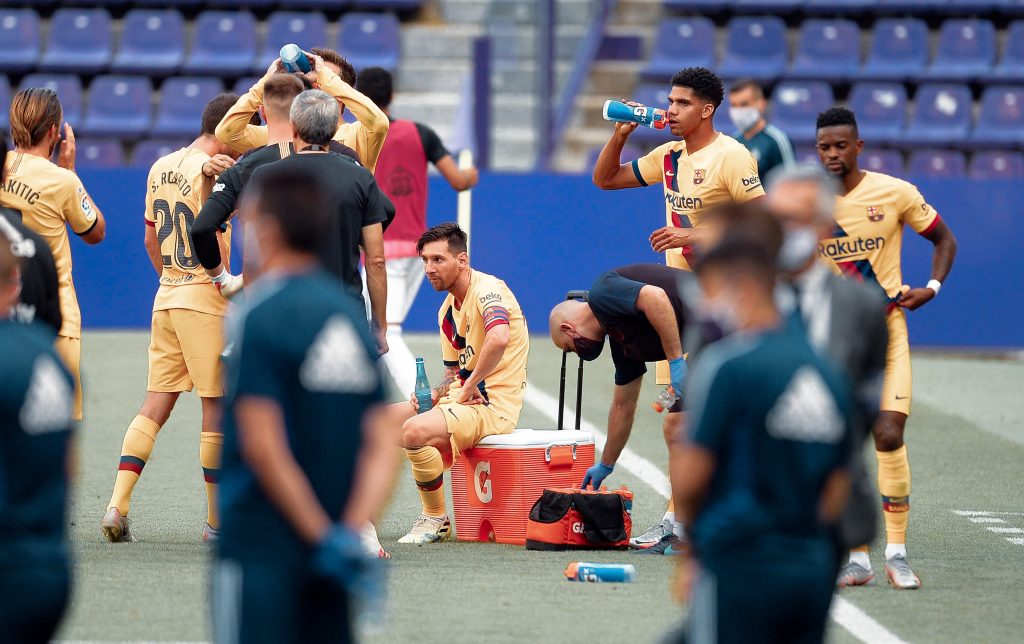 After winning by the skin of their teeth against Valladolid away from home, Barça are close to winning three away games in a row for the first time this term. What are the reasons for this poor form in away games and woes from Barcelona on the road?

Winning a league title is the result of consistent performances from everyone affiliated with the champions. La Liga has always been one of the most competitive leagues in the world, especially with all the ferocious teams that constitute the league and the majestic stadiums all around Spain. From Mestalla to the Sánchez Pizjuán, passing by Balaídos, San Mamés and much more imposing figures, Spain is the worst place to go away from home.

To understand how difficult it is to go on the road in La Liga and win, we would have to look back at some history and, more importantly, Unai Emery’s 2015/16 Sevilla side. Everyone feared Emery’s side and its fighting spirit, especially after they came close to a comeback against Barcelona in the European Super Cup after scoring three goals in quick succession in normal time. Still, Pedro Rodríguez had other ideas for his last blaugrana game, as Barça ended up winning by 5–4 in that August 2015 encounter.

In La Liga, the Sevillans won 14 games overall, and those 14 wins all came at home, with them having the unwanted record of going a whole season without a win away from home. They finished seventh but qualified for the Champions League by three-peating in the Europa League and cementing themselves in European history.

Barcelona aren’t any strangers to woes in away games, as they tend to lose more and score less away than at home. For example, before Antoine Griezmann, the only Barça player to have scored in an away game in the Champions League knockouts was Lionel Messi, with no one apart from the own goal and Leo finding the net in four years.

Barça usually have their bogey teams. Celta de Vigo at Balaídos is one, and the Catalans haven’t won a game there in six years, meaning even Luis Enrique and Ernesto Valverde’s title wins came without succeeding in the Galician region. The current season sees Barcelona chasing Real Madrid, who are in good form in the league for the first time since 2017, for the title after a series of unfortunate events away from home.

One stat that exemplifies the culés‘ problems away from home is that, if they win against Alavés next week in the last game of the league season, they would have won three away games in a row for the first time this season. This stat explains a lot, mainly why Barça’s home form that sees them unbeaten doesn’t make them climb up the table.

Indeed, the Catalans are third in the table when it comes to away form, losing five games in the process, which is not good enough. Fans are blaming this title race on manager Quique Setién and his team for their lacklustre away form since the break, but many should look further back in time.

Barcelona’s league campaign began in disarray, with Athletic Club’s eternal lion Aritz Aduriz adding to his collection of goals against Marc-André ter Stegen an outstanding overhead kick in the final minutes of matchday 1 of La Liga. An away game later, they would draw at Osasuna’s El Sadar with Ansu Fati scoring one. After a draw in the Champions League away to Dortmund, where Ter Stegen saved a Marco Reus penalty, they went to Los Cármenes and lost 2–0 to newly-promoted Granada.

They continued this trend of losing and drawing many away games and finished 19 games with 40 points, Ernesto Valverde’s worst tally at the mid-season point in his three years at Catalonia in La Liga. Losing and drawing away at newly-promoted sides, plus to Athletic Club, Levante, Real Sociedad or 20th-placed Espanyol would make it hard for Barça. Meanwhile, under Quique Setién, Barcelona have only lost twice away from home, to Valencia and Real Madrid, and have drawn away at Sevilla’s Sánchez Pizjuán and Balaídos

Many times this season for Barcelona, their poor away games were often covered by individual performances. For their first away win of the campaign, Ter Stegen had to give an assist to open the scoring at Getafe’s Coliseum Alfonso Pérez. In a potential title-decider at the Wanda Metropolitano, they won by the skin of their teeth with Lionel Messi providing the goods against Atlético de Madrid for the umpteenth time.

Many put the potential league title loss on Setién’s team when they should look at how the team performed before while also criticising games at Sevilla’s or Real Madrid’s stadiums. La Liga is the tournament of consistency, and Barça have by no means had enough of it. One of the watersheds of the season was the El Clásico loss in March, where Real Madrid didn’t play well, and Barça could have won had they finished their chances.

However, never did Valverde’s side have a performance as encouraging away from home as the one at Real Betis’ Benito Villamarín or Villarreal’s Estadio de la Cerámica. These two games show that Setién’s team can play ball, but are often countered by defensive solidity from the locals. Sevilla showcased that when they played Barcelona, with the white side happily giving the ball to their opponents in the last few minutes, knowing that the azulgranas wouldn’t be effective against such few spaces.

Luckily for Barcelona, they will not play away games in the Champions League anymore this season, with the format changing after lockdown. If they face Bayern, they won’t have to go to the Allianz Arena for a potential beating. Instead, from the quarter-finals onwards, it will at be at neutral grounds.