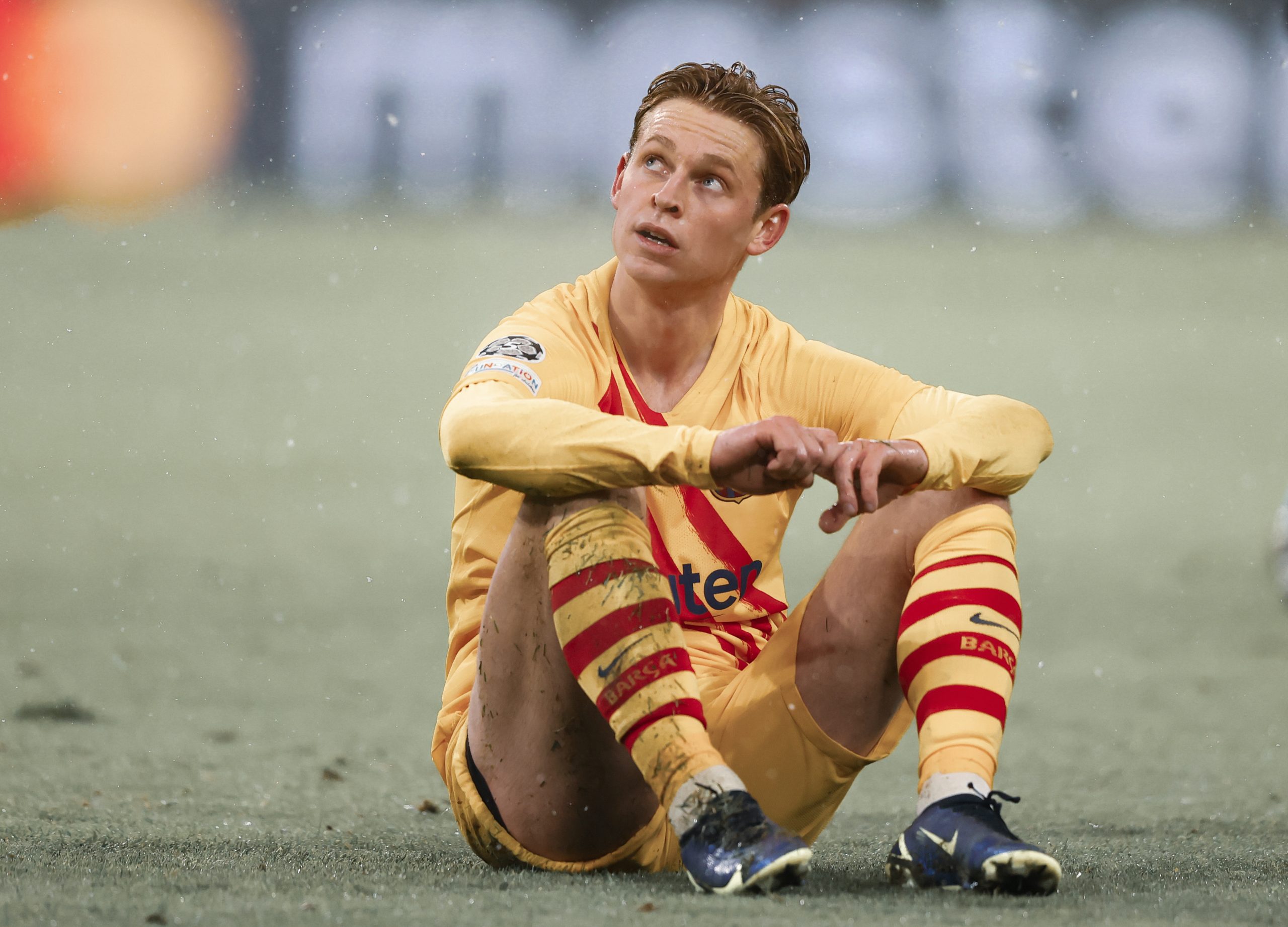 More often than not, during the tenure of a certain Josep Maria Bartomeu, signings of players, regardless of intent, were ill-fated.

The individuals the former FC Barcelona President brought into the Catalan capital would often end up being tactical misfits, quickly turning into flops that the current President, Joan Laporta, is burning the midnight oil trying to get rid of.

One of the very few times it was believed that he did an excellent job was in the signing of Frenkie De Jong from AFC Ajax. The Dutchman had made the switch to the Catalan capital on the back of a quite mesmeric season with his club side.

Given the similarities in philosophy between the defending Eredivisie champions and their Spanish counterparts, this signing was just about as perfect as it could be.

Since 2019, it is hard to say that De Jong has truly hit the mark. Throughout most of his career, his performances have done little to avoid raising doubts on his suitability in the team. Recent rumours by a number of European media houses have his name in the headlines as a possible exit from the Catalan capital in the summer of 2022.

In this article, join us as we explore whether or not parting ways with the Copa Del Rey winner would be the best course of action, especially in this financial climate.

More often than not, the general expectation by clubs and fans alike is that the salaries which their footballers earn will correspond with some level of football ability.

Frenkie de Jong earned a salary of a whopping €18Million per annum before the coronavirus pandemic hit. Given the fact the club is simply deferring wages to future dates, despite him now earning almost a third of that amount right now, it will all be paid in full eventually.

Money is simply a means of quantifying value, and it can be said that for most of his time here, de Jong has not proven to be worth that much a year. When it comes to his style of play, the Dutchman has some quite specific needs that may or may not do harm to the team.

He, for instance, has a tendency to carry the ball for long distances across the pitch, but many argue that his reluctance to let go of the ball at opportune times comes at the detriment of the team. He is quick to demand the ball and slow to release it.

With regards to his creativity, he does not deliver nearly as many key passes as he ideally should. This has quite understandably been the source of incredible frustration from the fans, who struggle to comprehend precisely why he earns so much to do so little for the team on such a consistent basis.

Against Osasuna this past weekend, despite playing the full 90 minutes, he created just one chance for teammates and took zero shots of his own on goal. This too, in an evening where he made just 30 passes and had an average — at best — defensive display. The level of the opposition should have granted him an easier chance at performing, but yet he struggled immensely on a night he simply should not have.

That has been quite the motif this season. Understandably his position in the team’s starting eleven is now under the microscope, as Riqui Puig, one whose performances are perhaps more at par with what the club wants, is getting more and more match fit.

De Jong’s sheer invisibility in big matches is seemingly becoming a problem too big for Barcelona to bear. He has been, against the likes of Real Madrid and Atletico Madrid a ~6/10 at best with regards to his performances this season.

A level this low simply does not coincide with his immense wages. That the Barça number 21 is now being touted to a move away from Catalunya is by no means a surprise.

It is no secret that Barcelona are six feet deep in debt at the moment. The Catalan club have struggled to acquire so much as a free player in the European transfer market and have almost no semblance of financial power when it comes to making actual purchases.

The crippling debt which President Josep Maria Bartomeu put the club in is something the club cannot simply get rid of in a matter of weeks, and as such, the aim of the club has been to sell when it can and make as much money as possible to try to rebuild itself.

According to Transfermarkt, Frenkie De Jong has a market value of €90 Million. This is the highest in La Liga, highest among all central midfielders worldwide, highest of all active Dutch players, and eighth highest in all of Europe.

The Dutchman is someone who, if Barcelona intended to, could make quite some money off of to save their skins given the current situation at the club. Should they manage to sell him at this price, they will do it at a profit of €15 million.

Barcelona’s aspirations in the transfer market will be bolstered to quite an extent if they manage to part ways with him. While the money would be far from necessary to end all their financial woes, it would go a long way in bringing in stars such as Erling Haaland to the Camp Nou.

The Norwegian striker has been linked heavily over the past weeks and months with a move to Barça, and if not for the financial aspect of things, the Blaugrana might as well call him theirs.

If at all Frenkie De Jong does leave, he is going to be replaced sooner or later by someone else. From the academy, the likes of Gavi and Nico have consistently shown more of a fighting spirit and drive to lead than himself this season and could take the reins in the club’s midfield if ever the need be.

With all that has been said, it would perhaps be too early to call it quits with Frenkie De Jong. This is, after all, only his third year at the club, and in his time here, he has shown glimpses of just what kind of footballer he can be if given the opportunity to flourish.

Last season, Barcelona had quite the awakening in terms of performances under Ronald Koeman between the months of November and April. These months coincided with one essential thing; the astronomical rise of Frenkie de Jong.

His performances for almost the entirety of the season were the reason that the team played as well as it did for as long as it did.

People often criticise ball-carrying ability when it is, in the modern game, one of the most crucial skills any individual can have in their repertoire. For FdJ, all of it comes naturally.

His quick feet and thinking, both of which go very much under the radar despite how much these facets in his play improved, were pivotal to how well the team was able to gel over the course of the season.

For most of that period, it was his demonstration of versatility and drive to perform which kept Barcelona afloat for most of last season. De Jong’s movements into and out of the penalty area, deep into the pitch and wide into the wings gave Barcelona what was some never before seen dynamism in the attack from a source that was not Lionel Messi.

Given the fact the Dutchman has shown that performance at this level can be achieved, then what harm would there be in giving him a chance to recover this form. If he does, de Jong could emerge as one of the world’s best midfielders, and should this happen, Barcelona could be the sole beneficiaries of his talents for the next decade or so.

Twice making the mistake garnet and blue made, selling Luis Suarez to Atletico de Madrid, would be the prime example of shooting oneself in the foot.

Offering de Jong to a club like Bayern Munich or Manchester City is turning him into a potential world-beater that Barça would inevitably have to suffer terribly against. He is a risk well worth taking, a man whose benefits of keeping far outweigh their costs.