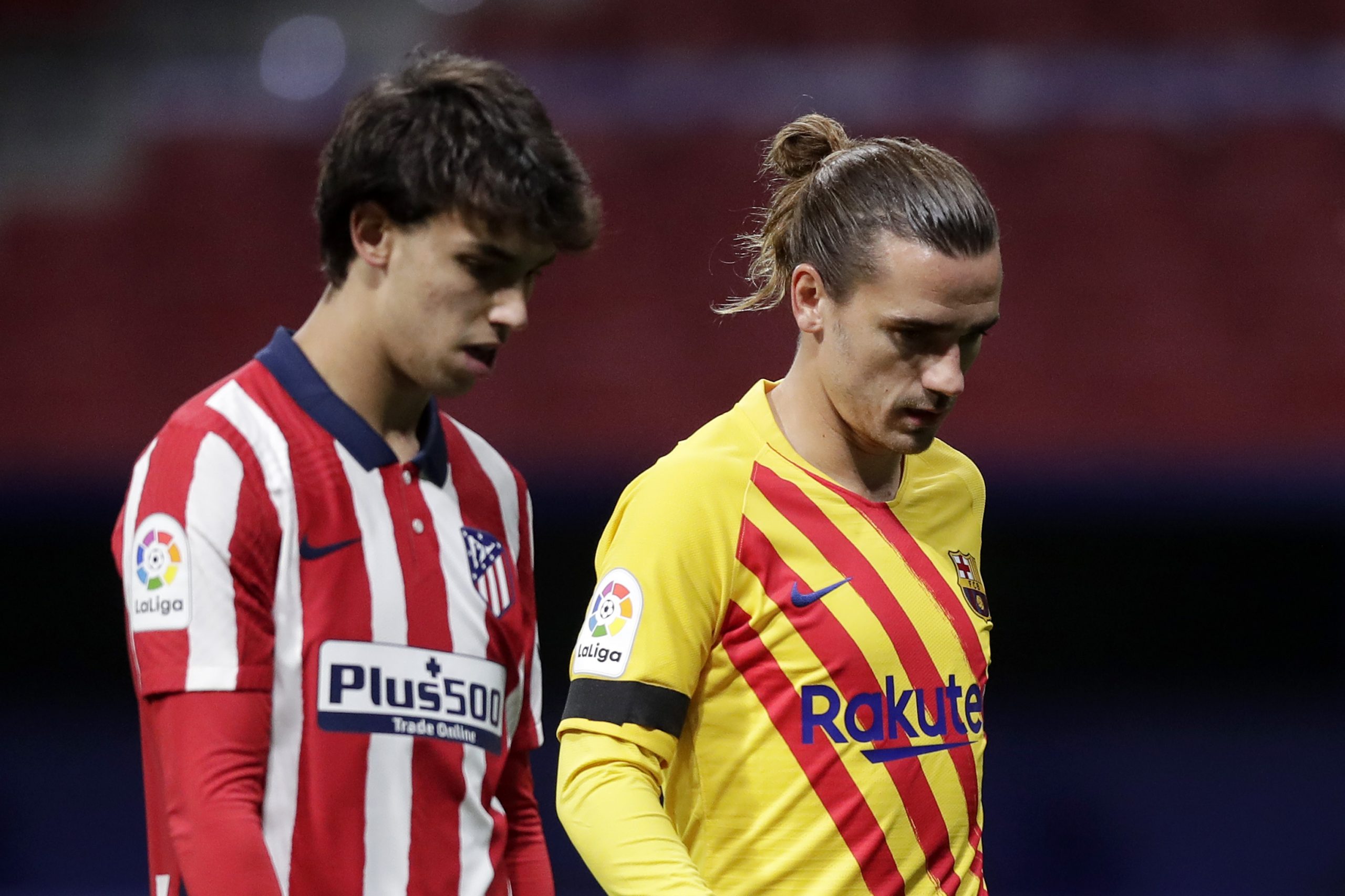 Barcelona president Joan Laporta has revealed that the team was close to swapping Antoine Griezmann with Joao Felix last summer, but Atletico Madrid’s lack of participation collapsed the deal right away.

Griezmann made his much-awaited return to Atletico Madrid in August 2021, joining the Wanda Metropolitano outfit on a season-long loan with an obligatory option to buy.

With his loan tenure now coming to a close, Barcelona are set to receive €40 million as part of his permanent transfer.

The story, however, could have been entirely different if Atletico had agreed to Barça’s initial offer, which, as Laporta said, included a straight swap between Griezmann and Joao Felix.

The Rojiblanco, however, showed no interest, forcing Barcelona to settle on a loan deal instead.

“I like him [Felix] a lot and his agent knows it, said Laporta in an exclusive chat with the Catalan radio station RAC1, as quoted by SPORT.

“He’s a great player, I love him. It’s true that there was an opportunity to make an exchange with [Antoine] Griezmann. We tried [to explore it], but Atletico Madrid didn’t want to part ways with him and hence the deal collapsed,” he added.

Felix, the recipient of the 2019 Golden Boy award, grabbed attention in his debut season with Benfica, scoring an impressive 20 goals in 43 appearances across all competitions.

After only one season in Portugal’s Primeira Liga, Felix moved to Atletico after Diego Simeone’s side agreed to match his €120 million worth of release clause.

Upon signing a seven-year deal with Rojiblanco, the team inserted a massive €350 million release clause in his contract.

The deal hasn’t really worked well for the Madrid-based team as Felix has only scored 27 goals in 106 appearances for the team. However, at just 22 years of age, Felix has his entire career ahead of him, thus, settling on a rather premature conclusion would not be the ideal thing to do.