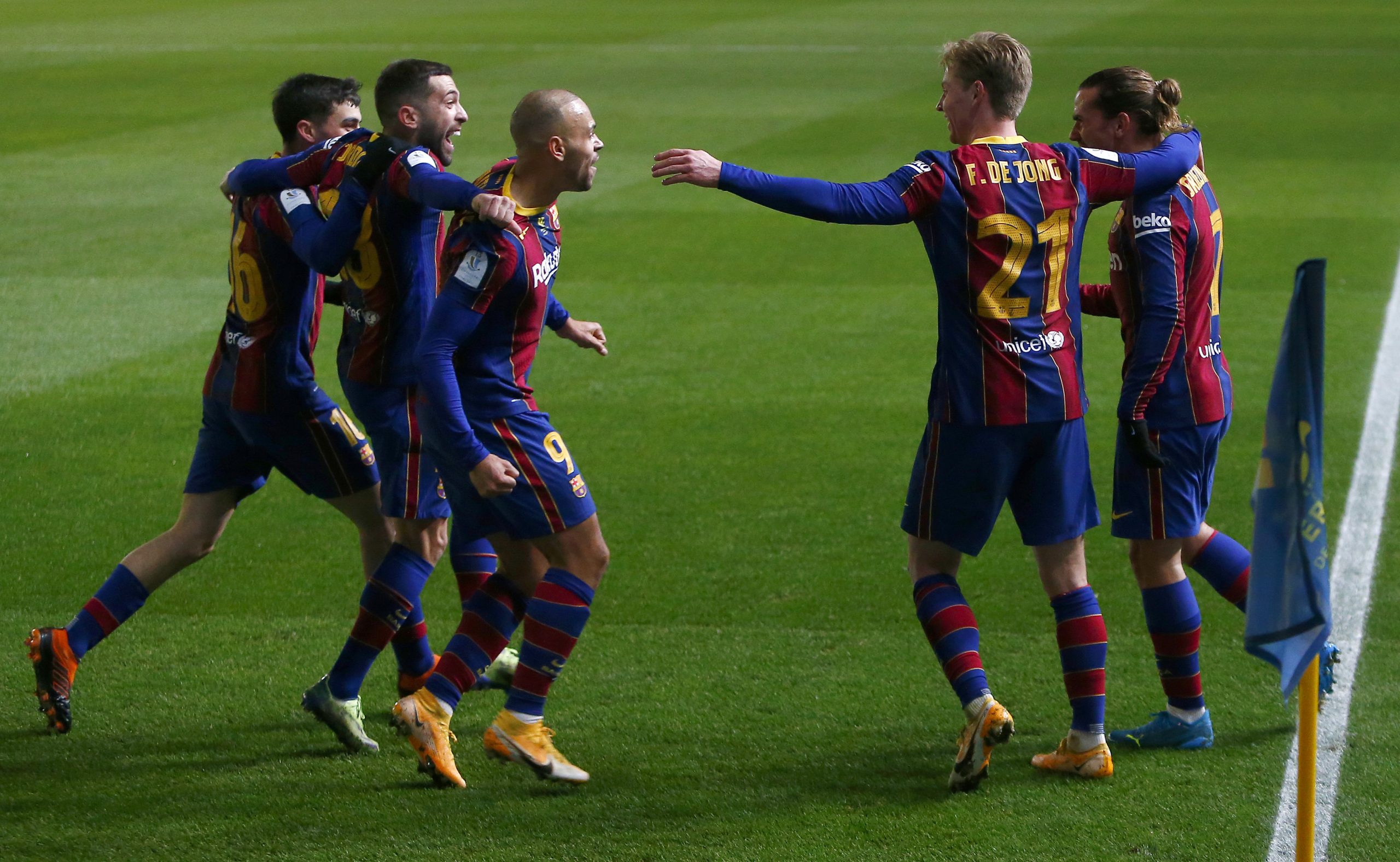 As Lionel Messi’s discomfort ruled him out of the game, Barcelona dreamt of a possible Clasico Supercup final. In a dull season, and after a disappointing trophyless 2019/20, Barça needed to get their first trophy of 2021.

Real Sociedad, their foes, came into the game with all guns blazing. In the opening quarter of the game, the Basque side got better chances. Cristian Portu, Alexander Isak and Mikel Merino proved to be dangerous for the Spanish Cup finalists. They could not score their opportunities, and eventually, the Catalan giants woke up.

With a lively Ousmane Dembélé stepping up, Barcelona created chances after chances, but their finishing was not up to par. Antoine Griezmann had a bad night before delivering the opening goal for his side. The Frenchman missed a great chance in front of goal but redeemed himself by sneding a cross on Frenkie de Jong’s head. Barcelona went in front and were dreaming of a final.

All in all, the whole side had encouraging performances, and Barcelona were deserved victors of the first half.

Real Sociedad re-entered the pitch with the same hunger and fight in the second half.

The Blue and White side’s efforts paid off early in the half as Mikel Oyarzabal’s cross touched de Jong’s hand. The Spaniard then scored from the spot. La Real attacked once in the half and got what their lifeline. On the other hand, Barcelona completely dominated their opponents. Ronald Araujo and Clément Lenglet shut down Isak and the other opposition attackers while the Blaugrana forwards created a lot of danger.

Dembélé, Griezmann, Pedri and de Jong could all have gotten Barça’s lead back. De Jong could have won a penalty just after La Real’s leveller, but the referee was having none of it. As for Griezmann and Dembélé, their shots went over the bar and wide of the post respectively. Dembélé even created a chance for Pedri who was tackled brilliantly by Igor Zubeldia. Álex Remiro then parried Pedri’s shot from afar after Dembélé sent the teenager through.

In the end, Barcelona had an excellent performance. Real Sociedad matched them at times. Going into extra-time was never ideal, but the Catalans did all they could to get the win.

Then came extra-time. The Catalans injected new blood with Riqui Puig and Miralem Pjanic entering the pitch. Both sides were exhausted, and it showed.

Joseba Zaldúa could have put his side in front with a superb shot from outside the box. Marc-André Ter Stegen unbelievably saved the effort. Dembélé then had a clear chance, but Remiro was ready. The Frenchman scared the Culés as cramps invaded him after the shot, but he was back minutes later. He stayed on the pitch as a true warrior but looked injured.

Ronald Koeman thought that he should not sub his winger off, however. Barcelona kept the ball in the second half as they tried to limit the damage the likes of Ander Barrenetxea and Willian José could create.

Griezmann could have scored the winner after a free-kick, but Remiro denied him. In the following counter-attack, Tee Stegen stopped a close-range shot. Adnan Januzaj even missed two chances towards the end. The Belgian ran through on goal, but Ter Stegen was too good and then had a free-kick attempt denied by the same German wall again.