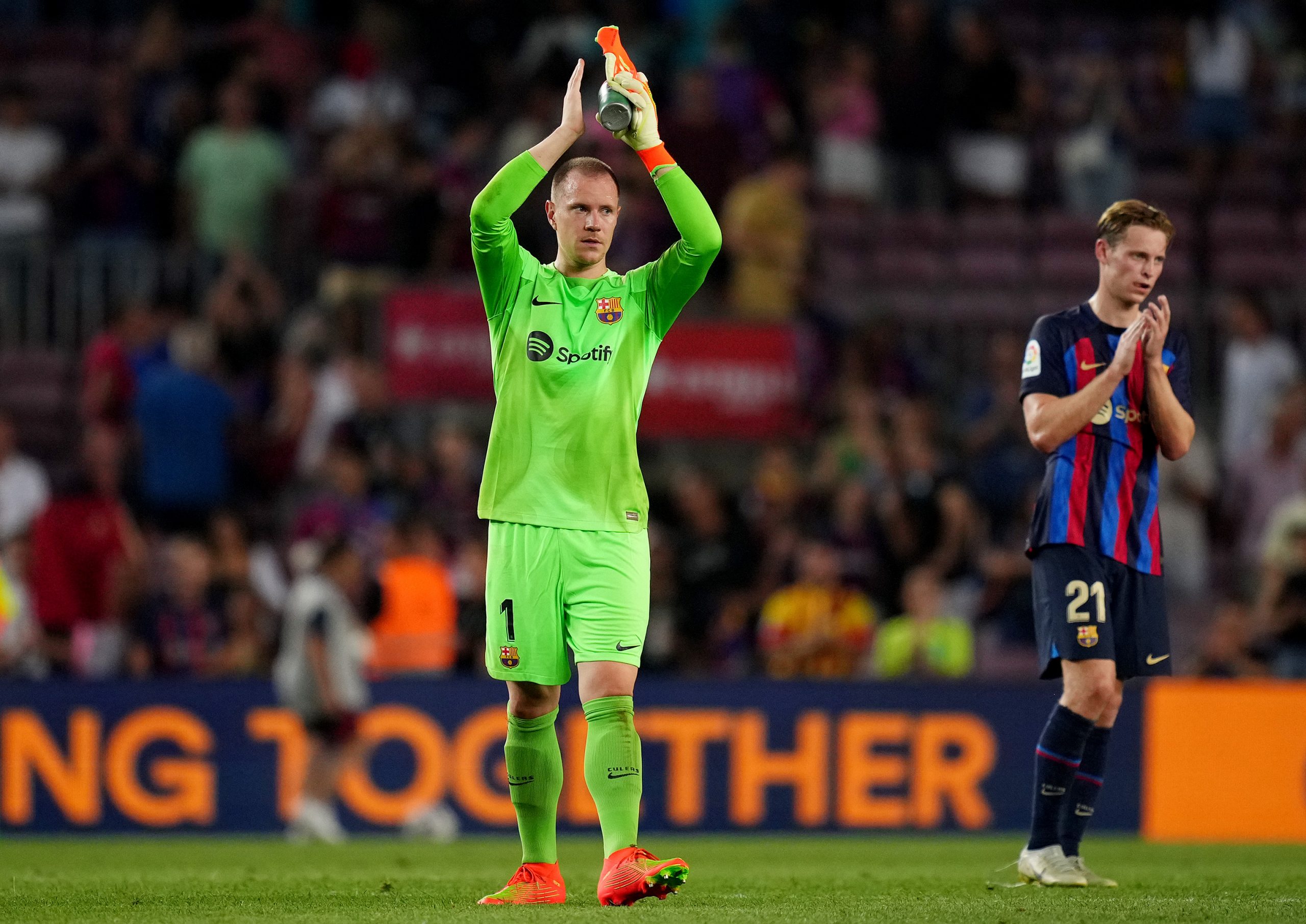 With only four more days left before the summer transfer window slams shut, Barcelona are still on the lookout for a few more players to strengthen their squad.

Their transfer plans had to be delayed due to player registration issues, but they finally managed to get Jules Kounde officially registered in time for the game against Real Valladolid this past Sunday.

Having sorted it out, Barça will focus on getting in one or two more players through the doors before the trading period ends, with full-backs being high on the agenda of manager Xavi Hernandez.

The Blaugrana may have been successful in registering Kounde, but could encounter similar problems with any new player that they might sign in the final four days of the window.

In order to avoid such an occurrence, goalkeeper Marc-Andre ter Stegen has reportedly agreed to take a pay cut to help Barcelona sign and register more players close to the transfer window deadline reports Gerard Romero.

The German international is one of the club’s best-paid players and is now willing to sacrifice a part of his salary in order to ensure that the Catalan heavyweights do not face any registration problems in the final days of the summer window, should they sign more players.

Ter Stegen has been a permanent fixture in the Barcelona lineup for years but has had to cop some criticism over the past couple of seasons for a decline in performance levels.

However, he has started the new season on a strong note, keeping two clean sheets in three La Liga matches, while conceding just one. Manager Xavi Hernandez was full of praise for the German international on Sunday following the win against Real Valladolid, as he said:

“Ter Stegen needed his long holidays this year, he is very demanding, he knows what he was doing wrong and he has started working on it with De la Fuente. He has played 3 great matches. I have zero doubts with him.”

Having made a positive start to the campaign, ter Stegen is now looking to help Barcelona off the pitch as well by agreeing to take a pay cut.

Barça are in the market for a new right-back and a left-back, although the latter is no longer considered a priority as Xavi is seemingly happy with the contributions being made by La Masia ace Alejandro Balde.

It will be interesting to see who, if any, they sign before the transfer window draws to an end.