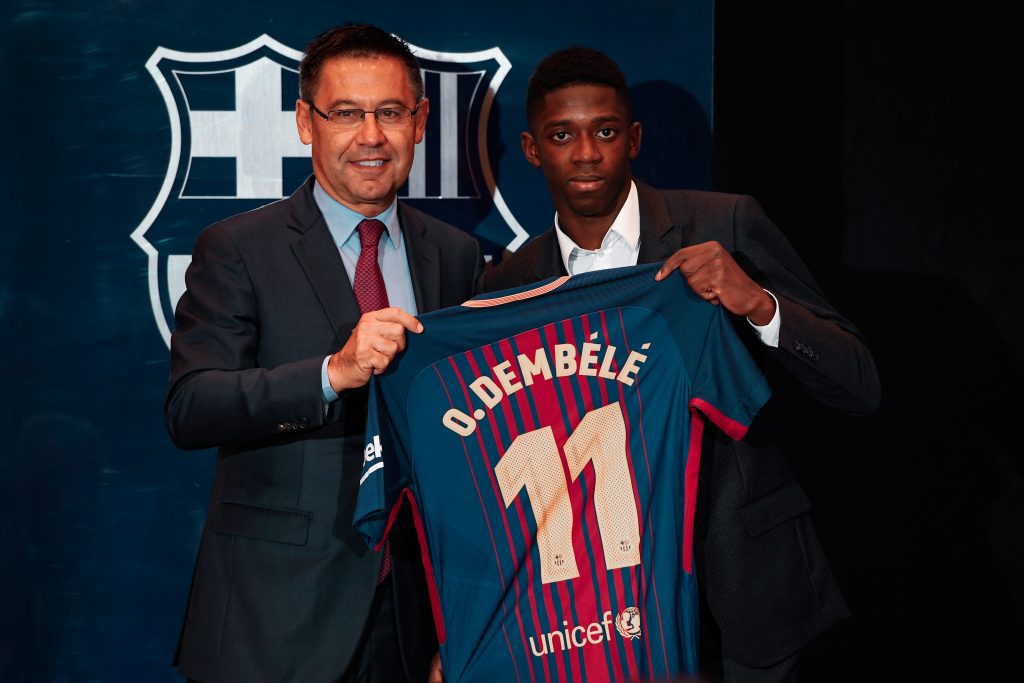 Barcelona have been a big spender in the past decade; in fact, they have spent more than a billion and a half in this period. Is it a shocking stat for the Catalans?

Spending money in football is often seen as an evil thing to do. When players go to big clubs for money, they are hated by their old fanbases and are regarded as heartless mercenaries. Many fans jump to conclusions quickly. When the media linked Jamie Vardy to Arsenal after Leicester’s title win, many fans took it to Twitter to talk about loyalty. Often, fans don’t care about anything else than the playing part of football and forget about all the other aspects of the beautiful game. Especially when it comes to transfers, supporters are the most irrational.

Barça are no strangers to the extreme demands of their supporters and dip into the transfer market every year to buy players they don’t need because of the hype. This has led to a terrible stat about the culés; they are the second-biggest spenders in Europe in the last decade. With more than a billion and a half euros spent on transfers, only Manchester City have invested more in this period. Many Barça fans did not believe that their club would be this irresponsible with their money, particularly when some transfers were abysmal.

Manchester City, with 1,638 million euros, and Barcelona, with 1,525, have been the two biggest spenders in the last decade | Photo by Imago

Barcelona has dominated the spending for many summers and some winters too. Indeed, many unproven players like Ousmane Dembélé and Philippe Coutinho did not justify their transfer fees and were the scapegoats of the past two seasons. Many would argue that the blaugranas should be focusing on their youngsters rather than others’, but they have forgotten something significant. Barcelona were always big spenders.

The decade before, they spent 632 million euros and only Real Madrid and Inter spent more money than them from 2000 to 2010. Does the fact they are yet again big spenders come as a big shock? Not really. As mentioned, historically, the Catalans like big-money signings. In fact, they broke the world record transfer fee on many occasions. Greats like Johan Cruyff or Diego Maradona had world-record transfer fees when they signed for the Camp Nou giants. Others like Ronald Koeman or Ronaldinho were also significant acquisitions presenting hefty sums, but never did the culés complain about it.

To stay a big club, money has to be spent. It’s not like Barcelona can be compared to the latest Manchester United, who are sixth in this list. The Red Devils have spent an incredible amount of money on major disappointments like Ángel Di María, Memphis Depay or Alexis Sánchez. United haven’t won the league title since 2013 even with all this money. Barcelona, on the other hand, have bought many players for large sums but have racked up the La Liga titles this past decade.

They won seven out of the ten possible league titles and two Champions League titles with big-money signings in David Villa, Neymar Júnior or Luis Suárez. Can someone deny that most of the newbies at the Camp Nou have succeeded? For every Alex Song, Ousmane Dembélé or Philippe Coutinho there are Javier Mascherano, Neymar or Suárez and way more. The successes for the azulgranas outweigh the failures. Even then, Dembélé was an essential part of the jigsaw last year and helped Ernesto Valverde’s side before getting injured. Barcelona usually know how to do transfers.

Them being big spenders is not a shock in the slightest, it is traditionally known that the Catalans like to splash the cash, but they also want to have La Masía graduates in their squad. That’s where the main problem is. Barça fans are eager to see the youngsters play and wouldn’t mind significant transfers to show them the way. For example, Ansu Fati’s development alongside Luis Suárez, Antoine Griezmann and Leo Messi has been unbelievable, and he is now an integral part of the squad.

The fact that some transfers have blocked the way for youngsters, especially the older ones who are reluctant to leave like Iván Rakitić, drives the culés crazy. Seeing Riqui Puig and Carles Aleñá not developing enough because of older transfers is blasphemy for fans, and that’s why they are complaining.

Being a big spender in world football is not an issue, but going out of your way to buy players that are not better than what you already have is not what fans want. Rumours like the Miralem Pjanić transfer swap with Arthur Melo are the reason why Barcelona fans hate the transfer window. The grass isn’t always greener elsewhere, and that’s what the board should learn.

• Barcelona’s pressing intensity over the years