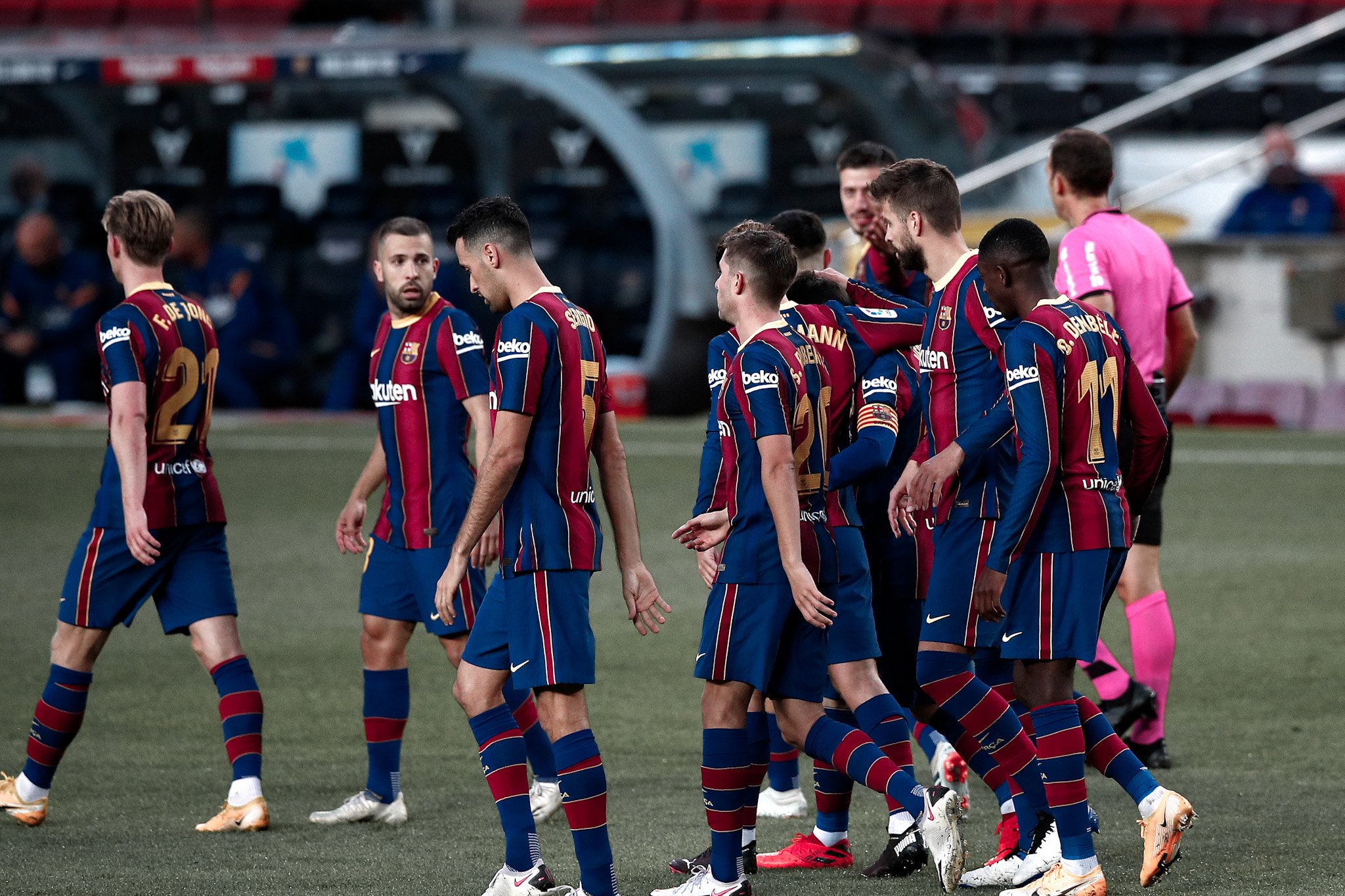 Barcelona had to show some improvements from their showing against Dynamo Kyiv Wednesday. Ronald Koeman, perhaps worried about Lionel Messi’s fitness, benched the Argentine legend and his starting lineup was a surprising one.

A front four composed of Ousmane Dembélé, Ansu Fati, Pedri, and Antoine Griezmann looked decent on paper, and they did play well. In the first 15 minutes, Barça deserved to score four goals.

In the 22nd minute, Dembélé received the ball on the edge of the area, performed his trademark crochet, and sent a rocket towards the top corner. This goal, with his left, was exquisite and showed how much the Frenchman has matured since his injury-plagued seasons at Camp Nou.

Antoine Griezmann had a chance to break his goalscoring duck after Fati won a penalty. The 29-year-old missed from the spot, and it was another miserable night in front of goal for him.

The Verdiblancos’ attacks came exclusively on the left and ex-La Masía star Christian Tello was the poison again. The winger delivered a perfect cross to Antonio Sanabria, whose shot ended in the top corner, punishing Barcelona right before the half-time whistle for the chances they missed throughout the game.

After conceding late in the first half, Koeman made some changes at half time. Fati would come off for Lionel Messi. Messi’s involvement came directly. After a superb run and pass from Jordi Alba, the Argentine forward jumped over the ball and Griezmann scored in an open net. The Frenchman would be at it again as his superb pass to Messi led to Dembélé shooting and causing Aïssa Mandi’s expulsion.

Leo scored the penalty and added one later in the half. Sergi Roberto’s superb backheel pass came right into La Pulga’s path, and he crucified his former teammate Claudio Bravo. The 33-year-old would’ve had a hat-trick had the Spanish full-back not strayed offside. Before Leo’s second, Loren Morón had found the net after Roberto deserted the right side. Conceding against a ten-man side is never a good look.

After getting off the mark in the Champions League a few weeks ago, Pedri opened his counter in La Liga. Roberto’s cross came right into his path, and the teenager compiled the misery.

Overall, this was an excellent performance from Koeman’s men. They were focused for most of the game, but there are still these lapses where the players’ concentration is just not there. Something to improve quickly as they go to Madrid to face Atletico after the break.

That brings an end to the Match Report of the Barcelona vs Real Betis game.