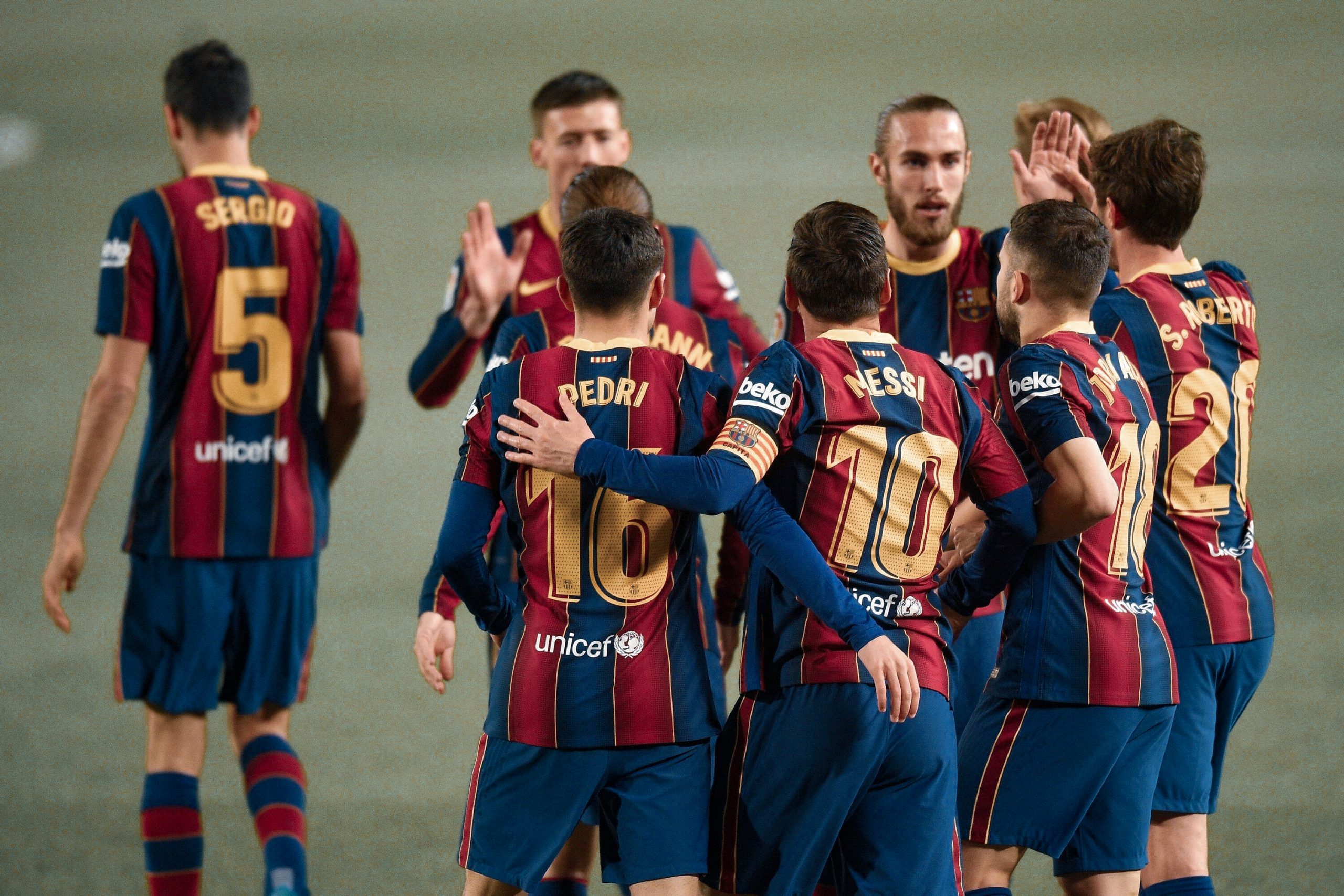 After winning the Cup final on Saturday, Barcelona had to play the first out of the last eight in La Liga.

Against Getafe, an opponent in poor form in La Liga, Ronald Koeman’s men were great. Apart from a few lapses of concentration, Barcelona thoroughly dominated their rivals.

Frenkie de Jong was his usual self while Lionel Messi found the net in bizarre fashion. However, the metronome was none other than Sergio Busquets. The midfield maestro was the best player on the pitch, absorbing the pressure and playing long balls as if they were nothing. Overall, the home side can be proud of their first-half performance.

Barcelona went back to the pitch with little to no ambition. The locals showed nothing other than ball retention, and the game had mistake written all over it.

Ronald Araujo made a horrible mistake to end Barcelona’s phase of stagnant possession. Late in the game, the Uruguayan redeemed himself.

The game capped off with a goal from Antoine Griezmann, who stepped up to take a penalty he won himself in injury time. Selfless from Leo, yet again.

As Koeman got more and more frustrated with his team, his team still cruised through the second half and got themselves a nice midweek win to keep up with their title rivals.

8′ GOAL! Barça 1-0 Getafe: Sergio Busquets, in the Blaugrana final third, plays one of the best through balls ever, and Lionel Messi pounces on the occasion. The captain drives with the ball and enters the penalty box to send a rocket in the top corner.

12′ GOAL! Barça 1-1 Getafe: Marc Cucurella sends a cross on the edge of the box, and Angel connects with the ball. The striker’s shot is going wayward, and Clément Lenglet deflects the ball into the goal.

28′ GOAL! Barça 2-1 Getafe: Getafe score the most bizarre own goal ever. Pedri loses the ball in the opponents’ half. David Soria and Sofian Chakla do not understand each other as the defender passes the ball into his own net.

34′ GOAL! Barça 3-1 Getafe: Messi shoots a free-kick on the wall but gets the ball back in the aftermath. The Argentinian legend plays a one-two with the goalpost before scoring from an improbable angle.

68′ Ronald Araujo steps on Enes Ünal’s foot in the box.

87′ GOAL! Barça 4-2 Getafe: Messi sends a corner towards the near post as Ronald Araujo leaps over everyone to redeem himself and score.

90+3′ GOAL! Barça 5-2 Getafe: Antoine Griezmann converts from the spot after an underwhelming performance.