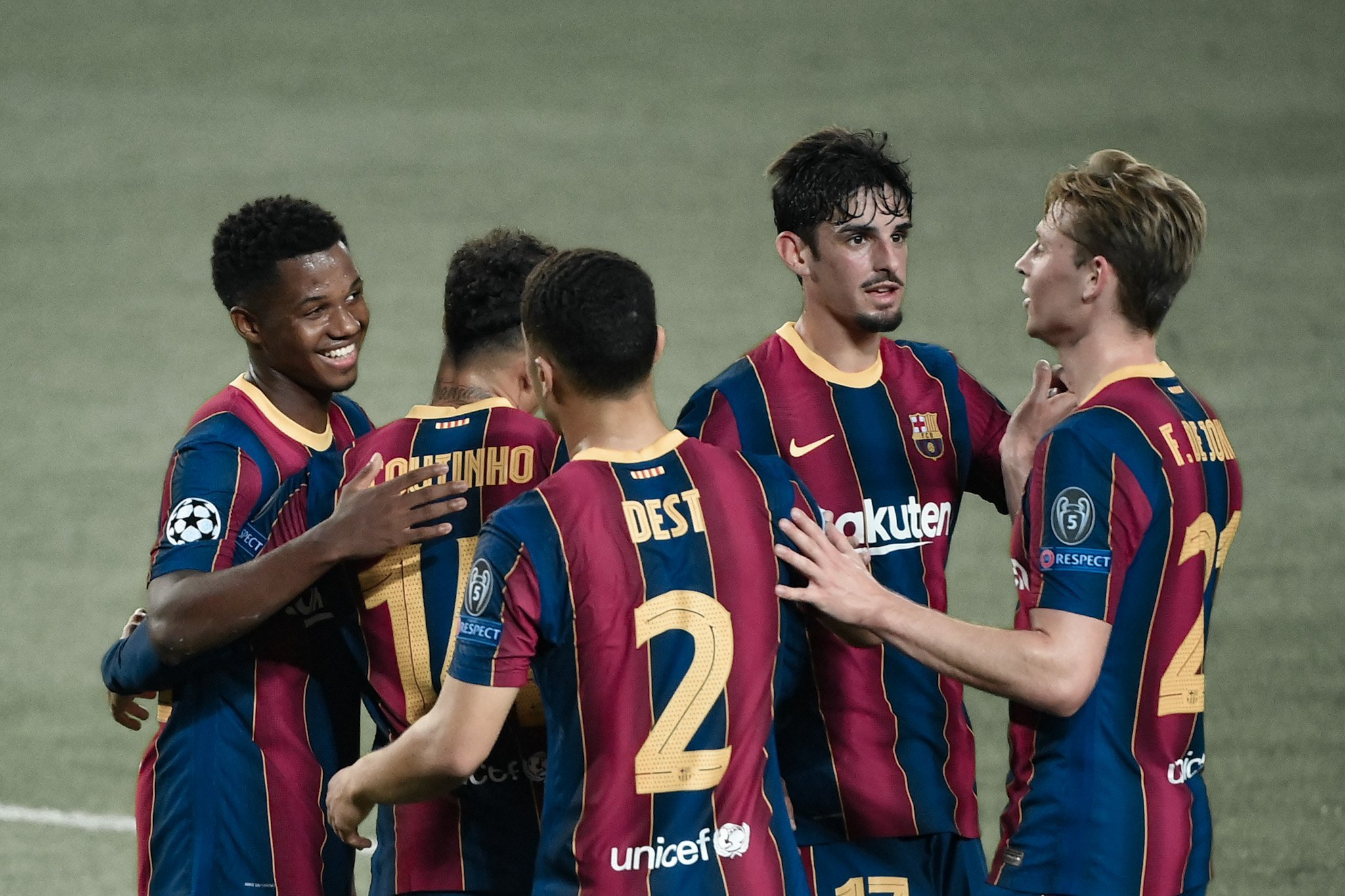 A match summary of Barcelona’s Champions League win over Ferencvaros.

Against an unknown side, Barcelona had to show their pedigree in the competition and win the game at their home ground. The Catalans started slowly as Ferencvaros came close to scoring twice and were relentless in their attacks coming from the left flank.

First, a scare from Tokmac Chol Nguen, who obliterated Neto’s net but was caught in an offside position. The Barça defenders were napping, and VAR saved them, against better opposition, they have to do better. Another scare came when Isael’s shot crashed into the crossbar and Barcelona breathed again.

However, after these two occasions from the Hungarians, Leo Messi decided to make Leo Messi things, and he took the ball from his area and dribbled towards the Hungarians’ penalty box. There, he was fouled and won a penalty alone and scored it. Messi broke two records with his goal tonight, and it shows his outstanding longevity at Barça.

Barcelona then woke up as a whole, and they started having more and more occasions towards the end of the half with Ansu Fati’s shot being blocked and Philippe Coutinho coming close a few times. Fati would get his long-awaited goal as Frenkie de Jong’s marvellous lobbed ball came directly in the Spanish international’s feet as he scored.

An excellent end to the half by the Catalans and Ferencvaros look doomed in that fixture.

Barcelona didn’t take their foot off the gas in the second half and were eager for more against a Hungarian side who wanted to get back from Barcelona with at least some positives.

Ferencvaros can be proud of their performance as they gave Barça a run for their money as they kept attacking relentlessly and even won a penalty, to Gérard Piqué’s expenses as the former United defender got sent off for a really late challenge. Kharatin scored the penalty, and the score was reduced to 3-1.

Before that, Philippe Coutinho’s magnificent strike, after a superb movement from the club accompanied by Ansu Fati’s clever backheel that found the Brazilian in acres of space. The former Liverpool man’s shot found itself in the back of net and Barcelona were cruising to victory.

Ronald Koeman decided to rotate a bit as he got many youngsters on the pitch. Ousmane Dembélé, for his first UCL match after the infamous Dortmund game where he got injured, began a stupendous move where he dazzled through the defence and gave it to Pedri for a great goal.

Dembélé would find the net as he scored an easy shot after Messi gifted the ball to him.

A superb outing from Barcelona before El Clasico as they cruised to victory for their first Champions League game.