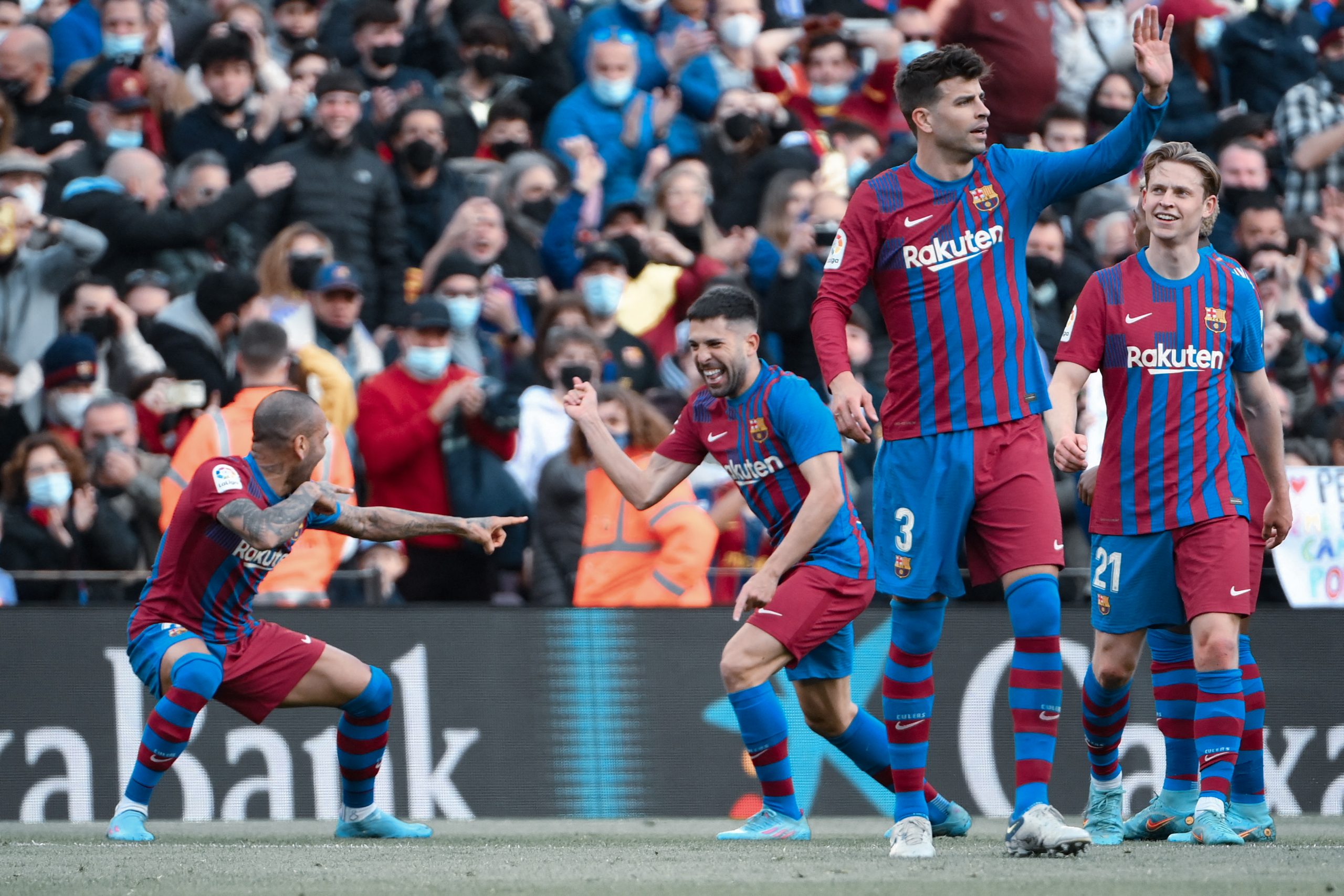 Few three-pointers have meant as much to Futbol Club Barcelona as today’s game against Atletico de Madrid. The Catalan giants were in dire need of a victory to leap above Los Colchoneros and enter the top four in the league standings.

It suffices to say that with a 4-2 home win over the defending champions, Barça did just that, ending a five-match winless run in La Liga against Atleti in style. In Xavi’s words, this was more than just a victory.

Join Barça Universal as we explore how each individual fared in this episode of the Match Ratings.

The German shot-stopper could not be blamed individually for the two goals that he conceded. Each of the goals he conceded could have been avoided with better marking from his centre-backs.

Over the course of the 90, ter Stegen’s sublime passing helped the Blaugrana out of a plethora of precarious situations. This is a performance he should build on for the remainder of the campaign.

Barcelona finally got the chance to bear witness to the return of the good crazy. Alves lit up the right wing with his combinations with Pedri Gonzalez as well as Adama Traore.

He grabbed a goal and assist, however, his night was marred with a sending off subsequent to a horrific challenge on Yannick Carrasco. He will be absent for the derby against Espanyol next weekend, but what a return it was for the Barça legend!

Week after week, Araujo proves precisely why Barcelona should extend his contract. The Uruguayan’s command of the defence is bewildering, and so too his maturity.

The Barça number 4 got a goal thanks to his offensive nature, and in defence, he was as rigid as ever. Furthermore, his ball distribution continues to improve with every passing week, and today’s performance was evidence of the same.

It was yet another solid evening for Pique in defence. The redemption season for the Spaniard continues, as he marked his 593rd game for Barcelona, matching Carles Puyol to become the 5th highest appearance maker for the club, in style.

More often than not, in big games, Alba is the villain of the story. This time, he more than redeemed himself with a solid performance in defence and attack; though mostly the latter.

Following his positional mistake leading to Atleti’s opener, the Spaniard finally got to score the volley he has been dying to finish all season. His sublime effort had Jan Oblak rooted to the spot, helpless as the ball went into the back of the net. Furthermore, in possession, he was essentially faultless. A solid evening from el ferrari.

It was far from the brightest Pedri has shone in a Barça shirt, but he continued to prove that with him, Barcelona were stable. His combinations with Alves and Traore, coupled with his ability to squirm out of tight spaces, immensely beneficial to the side. More is expected from him next time out, as he pays his first visit to the RCDE Stadium.

Ever since becoming first team captain, Busquets’ best matches have gone under the radar. This was not his best game this season, but he was solid for the team nonetheless. The Spaniard’s tackles and recoveries were on point as Koke, and Rodrigo de Paul failed to make a mark.

Xavi Hernandez had different plans for de Jong this time round. The Dutchman played a much deeper role than usual, and this was to the benefit of both himself and the team. His distribution was better than it usually is, and his carries upfield were a cause of danger whenever Barça were attacking.

What a debut for Adama Traore! The Spaniard brought with him all that Barcelona so deeply desired, given the recent off-field debacles with Ousmane Dembele.

While often mocked for having nothing but his pace and crossing, when the two are combined together, few players can stop him. To grab an assist, this too against a rival such as Atletico de Madrid, on his debut, was mighty impressive. His influence forced Diego Simeone to change his tactical setup, which itself should show how incredible he was.

It was a rather flat game for Torres, bar a few occasions where he was able to create danger through his passing. And while he was far from horrible, one could argue that more is to be expected of him.

It was quite the return to league football for Gavi. The Spaniard took diligent care of his role in the team, meticulously weaving his way through the Atleti backline with his positional mobility. To grab his second goal of the season, this too with a superb leap, against Atleti, no less, was worthy of commendation.

The Gabon striker had a quiet debut for Barcelona, however, he could do little better given the circumstances.

It was an overall decent performance from Nico, who aided the defence immensely following Alves’ red card.

Dest came on shortly after Alves’ sending off and he did what he could, to aid the team. He helped to the best he could in defence, including stopping a counter in the last minute.