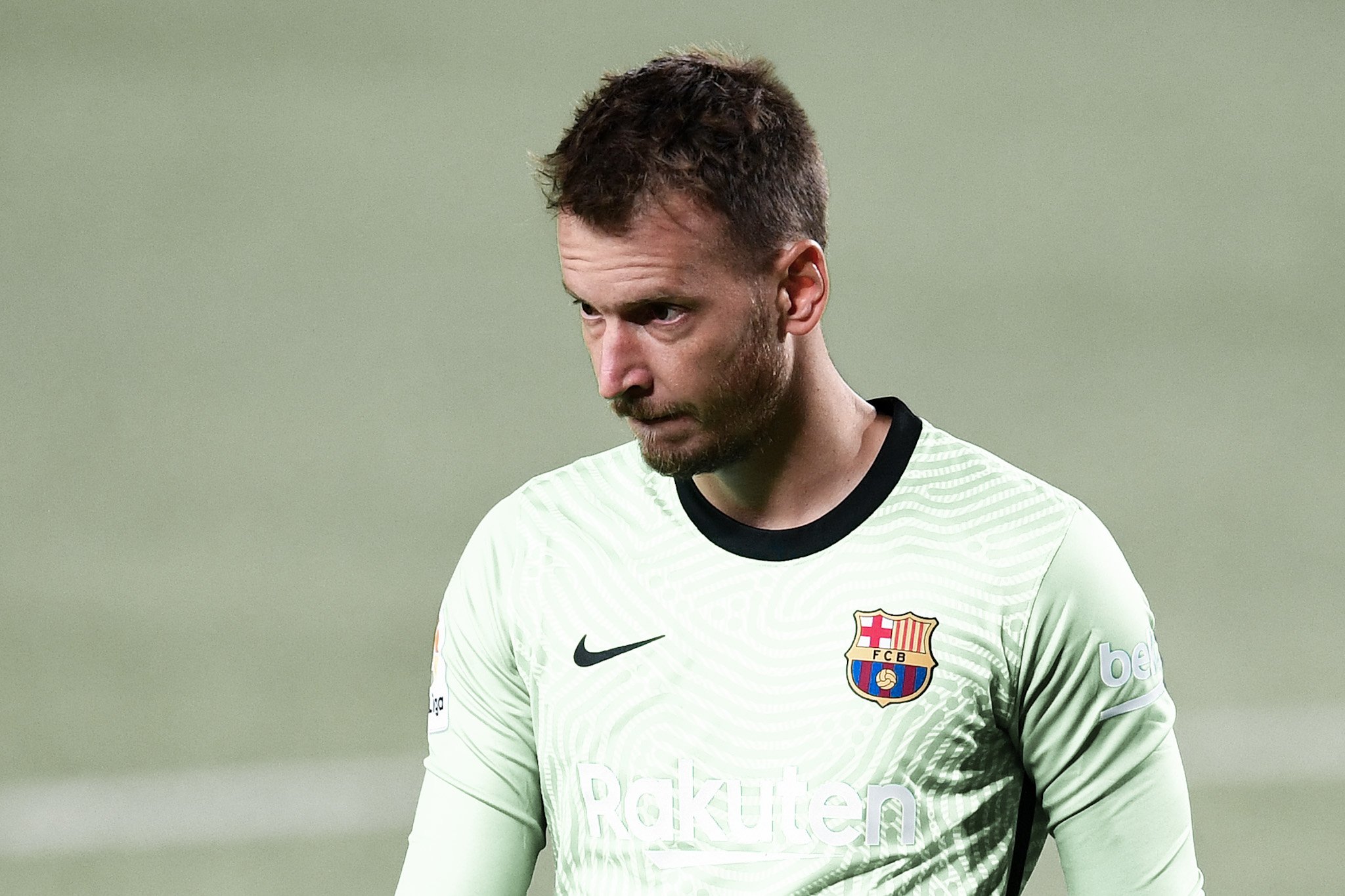 Project Koeman has well and truly initiated as the Blaugranas cruised to victory at the Camp Nou, pummelling the Yellow Submarine in brutal fashion to seal 3 crucial points. Although Villarreal had the upper hand with two games already under their belt, Barcelona did not use that as an excuse to display a dominant 90 minutes of football, racking up four goals in their very first game of the season.

Here’s are the player ratings for the Barcelona 4-0 Villarreal game:

Replacing an injured Marc-André Ter Stegen, Neto was tasked to guard the sticks for Barcelona. The Brazilian goalkeeper not only managed to clinch a clean sheet; he also denied Villarreal’s vigorous forwards from various threatening positions. Neto was calm and collected with his distribution, and exhibited his impressive reflexes, leaving Unai Emery’s side empty-handed in the final third.

The Catalans’ defense was remarkably well-coordinated, with Gerard Piqué anchoring the back-line with tremendous efficiency. Gerard’s ability to read the threat on innumerous occasions allowed him to always be in the right place at the right time. His proficient positioning helped Barcelona keep the Villarreal forwards at bay for a majority of the game. While the Spaniard may be slowing down with age, there’s no denying he’s still a diligent defender, who is yet to hit his decline.

Similar to his partner in crime, Lenglet was a firm and reliable figure whenever Villarreal charged on the counter or looked to overload the center of the park. Barcelona’s dominance in midfield rarely allowed the opposition to carry a continuous threat in attack, but it was still Clément’s awareness that enabled him to successfully anticipate Villarreal’s next move. The highlight for the Frenchman was undoubtedly his contribution to both of Ansu’s goals since his balls from deep helped initiate the moves.

Sergi Roberto’s time as a starting right-back may be numbered with Sergiño Dest’s arrival looking ever so imminent, but the Catalan managed to produce a convincing performance on the right flank, where he was constantly bombarding upfield and an imposing figure at the back, although he was scarcely tested on the defensive end.

Jordi Alba just had one of those games where he simply ran riot on the left flank, sprinting up and down the field like there was no tomorrow. Witnessing Jordi at his absolute best may not be a privilege spectators get to enjoy on a very consistent basis nowadays, but there’s no arguing with the fact that when the left-back is in form, he’s a headache for any opposing defense. Alba provided a terrific assist for Ansu’s opening goal and was somehow always back in time to fulfill his defensive obligations. An applaudable performance from Barcelona’s fiery full-back.

The Spanish veteran distributed possession effectively from the base of midfield and remained reliable in defensive transitions, making some vital interceptions. Busi was even partially responsible for the hosts’ fourth goal of the night as his run inside the box led to Pau Torres turning the ball inside his own net, in a desperate attempt to deny Messi from finding Busquets. However, Sergio was clumsy with the ball at times and gave away possession in fruitful areas. His days as a starter may soon be nearing an end if he fails to bring his A game on occasions like these.

Partnering up alongside Busquets yet again proved to hinder Frenkie De Jong’s performance as the Dutchman struggled to play with the freedom and liberation he usually has at his disposal. Although he always kept the ball moving and won most of his aerial/ground duels, Frenkie lacks confidence in possession and this was further proven by the fact that he often made slow decisions while entering the final third.

The Brazilian maestro continued his illustrious form, demonstrating to be the Blaugranas’ cornerstone in the attack. It appears that the investment in Phill may finally pay the club dividends. The biggest, most prominent change in the 28-year-old’s gameplay seems to be his flexibility and loss in stiffness. Looking at the current version of Phill, it’s safe to assume he’s positionally adaptable and fluid, an attribute he lacked previously. Of course, Koeman still deserves a great deal of credit for finding a position in which the Brazilian feels most comfortable.

Lionel Messi’s involvement in the first half may have gone unnoticed by many, but he was an influential figure on and off the ball, scoring a penalty and forcing an own goal through Pau Torres. Even so, it was undoubtedly a relieving sight for Culés, knowing the Messi dependency had reduced considerably since both of Ansu’s goals came without Messi conducting the play. Although the Argentine failed to broaden Barça’s lead after proceedings, he was far more active in possession, producing some darting runs and testing Asenjo on countless occasions.

Villarreal were the latest team to fall prey to the wrath of Ansu Fati, who just glided on the night, making a mockery of anyone who dared to interrupt his path. A cheeky cut back from Alba allowed the youngster to open the hosts’ lead, with Asenjo left stranded and starstruck as he watched the ball nestle into the back of the net at the speed of light.

If that weren’t enough, Ansu decided to torment the Yellow Submarine just a tad more, scoring his second goal of the night 4 minutes later with yet another ice cold finish. The cherry on the cake was when he ended up winning his side a penalty as well, which Messi concerted effortlessly. The 17 year old youngster was a breath of fresh air on the left flank, where he reigned supreme for the Azulgranas.

Griezmann just had one of those games where he looked invisible, a ghastly shadow of his former self. His work rate was unquestionably unmatched, but he struggled to ineptly play the role of a target man, which is what he was initially signed to do. In his defense, he was ignored by his teammates in profitable positions, but for a player of his stature, this was an underwhelming display.