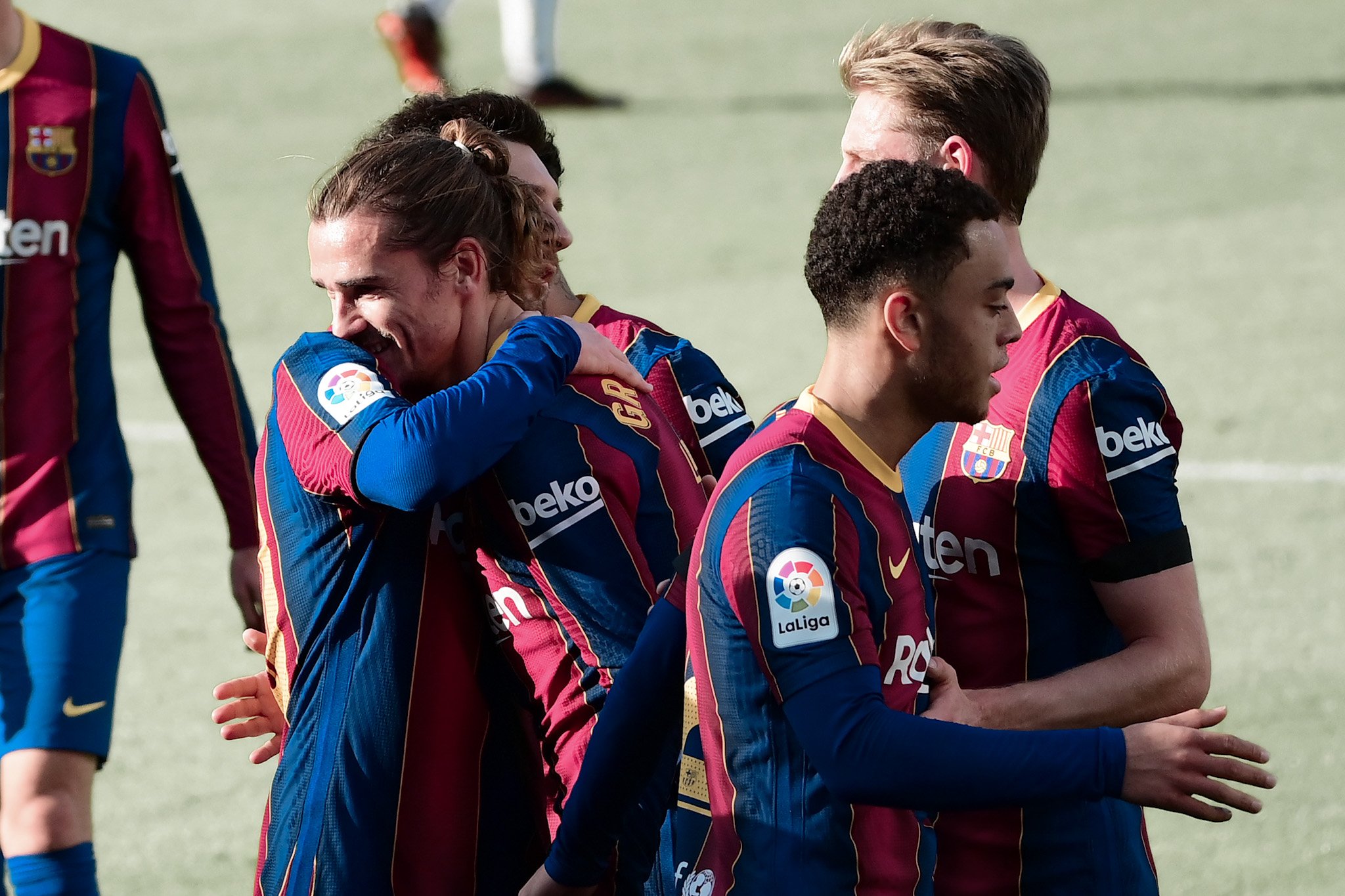 After winning magnificently in midweek in Kyiv, Barcelona had to go back to winning ways against Osasuna. Also, Real Madrid lost to Deportivo Alavés on Saturday. With a win, Barça could have climbed up to 7th place with only three points less than their rivals with a game in hand.

Ronald Koeman went in with a bizarre lineup. The Dutchman picked five offensive players, and Pedri started as part of the double pivot. The youngster was far from accustomed to the position and had a below-par display.

However, in the attack, the Catalans looked brilliant—first, a sublime move from Antoine Griezmann who dribbled the keeper to give it to Philippe Coutinho. The Brazilian’s shot was saved on the line by Unai García. Then, Barça did not take their foot off the gas pedal. A superb opening from Jordi Alba saw the left-back in acres of space and his pace came to Coutinho. This time, the goalkeeper made a brilliant save, but Martin Braithwaite was there to score with his knee. 1-0 to the dominating hosts.

Later in the half, Griezmann would get his well-deserved goal. After a powerful strike in Kyiv, the Frenchman launched a rocket from the edge of the area. Sergio Herrera was stuck on his line, and the forward deservedly celebrated his insane goal.

Ter Stegen was solicited once when he made a double save on a player in an offside position, but all in all, it was a complete performance. Even Oscar Mingueza, starting the second Barça game of his career, was serene. Koeman’s men had a great half and had to confirm in the second half.

After an aggressive first-half display, Barcelona came in with all guns blazing in the second half. The Catalans were excellent all throughout the game even though Osasuna were a horrendous side.

After a calmer start to the half, a move made of several intricate passes punctuated Griezmann’s game. The Frenchman took the ball at the beginning of the action and gave it to Coutinho. This time, the attacking midfielder passed it into the net and scored his first goal since the Sevilla game in La Liga.

Koeman introduced many players to the side. Ousmane Dembélé, Francisco Trincão, Carles Aleña, Junior Firpo and Sergio Busquets all came in as handy substitutes. Aleña came on for the injured Clément Lenglet, who looked like suffering from a sprained ankle. This injury is the last thing Barça needed. Frenkie de Jong came in as a centre-back.

Soon after Dembélé’s and Trincão’s introductions, the two would link up with the Portuguese youngster giving his first assist to the Frenchman. Dembélé had a smooth finish, but the goal was ultimately ruled out because Messi made a foul during the action. Later, the 33-year-old would score a rocket from the edge of the box. The Argentine took off his shirt to show a Newell’s Old Boys shirt in memory of the late Diego Maradona. A very emotional homage from the Barcelona captain who grew up idolising the World Cup winner.

All in all, this was a professional performance from the Catalans. They did not leave a doubt that they were the best team out there and, for once, switched on for 90 minutes. While Osasuna were astonishingly bad, there were encouraging signs. Barcelona must get confidence and build on the promising foundations.