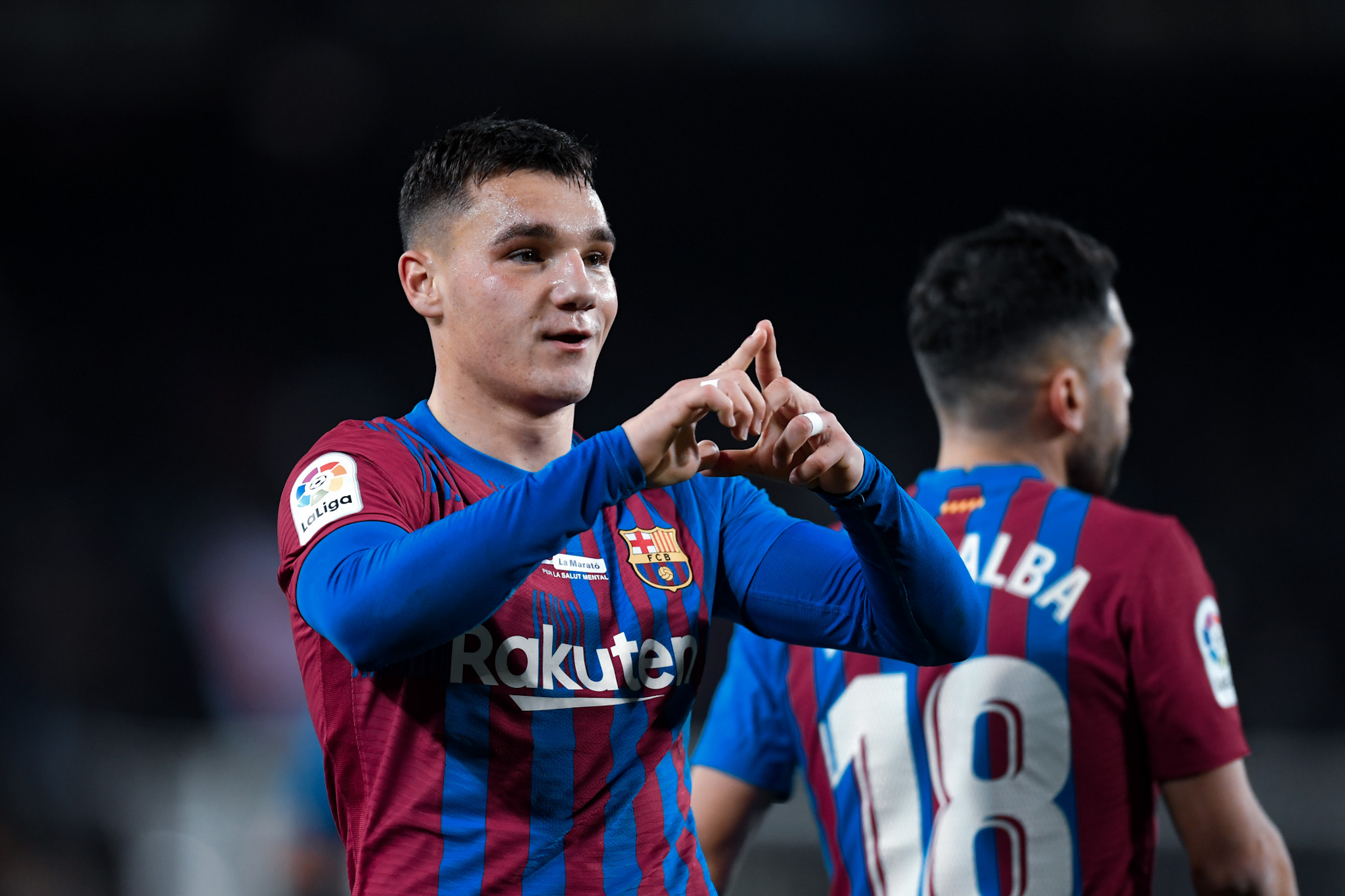 Xavi’s Barcelona headed into Saturday night’s clash winless in their last four games. The Catalans entered the clash off the back of a defeat to Boca Juniors in the Maradona Cup midweek. A win would do the team wonders in terms of confidence, but a loss could be a big blow.

The manager opted for a dynamic forward line on the night, with Ousmane Dembele and Abde on either side of the center-forward Ferran Jutgla. In defense, Gerard Pique’s suspension meant that Eric Garcia was recalled into the starting lineup.

The game began with the Blaugranas dominating proceedings and creating chances from the get-go. Just in the second minute, Jutgla scored a lovely goal that was denied for offside. Nevertheless, it was a statement of intent from Xavi’s side.

Barcelona’s dominant trend in the game was one that continued throughout the first half. Gavi and Frenkie de Jong played advanced roles and actively linked with the fluid movements of Jutgla to open up the Elche defense. Moreover, Alba, Dembele, and Abde provided width that proved valuable to prize open spaces.

The scoresheet burst open in the 16th minute when Ousmane Dembele found Jutgla in the box from a setpiece. The youngster leaped above two defenders to head the ball into the back of the net.

Less than four minutes later, Gavi scored a sublime solo goal to put the hosts two goals ahead. The 17-year-old turned in style before skipping past two defenders and firing past Edgar Badia.

Despite having numerous chances in the rest of the first half, Xavi’s men could not put the game to bed with a third. Their inability to close out the first half with a larger lead almost came back to bite them.

The second half was one mixed with highs and lows. Though the Catalans still dominated the possession, Elche has periods of play where they bossed the field. The most important of such a situation came in the 62nd minute.

Just after the hour mark, Tete Morente controlled the ball wonderfully in the box before firing it past Marc-André ter Stegen. The German strangely did not even seem to budge or attempt to stop the shot.

A minute later, the goalkeeper was again humiliated when Morente sent in a sublime cross into the box. Pere Milla latched onto the ball and headed it past the German comfortably.

The game seemed to be heading towards yet another stalemate for the hosts, a result that would be devastating to their chances in the League. However, La Masia had other plans.

The two gems of the team, Nico and Gavi, combined to score the winning goal on the night. The 17-year-old provided a clean cutback to find Nico in an open space in front of the goal. His midfield counterpart made no mistake, slotting it past Badia to make it 3-2.

Barcelona recorded their first win in five games on the night. They will next face Sevilla midweek in the rescheduled league fixture.