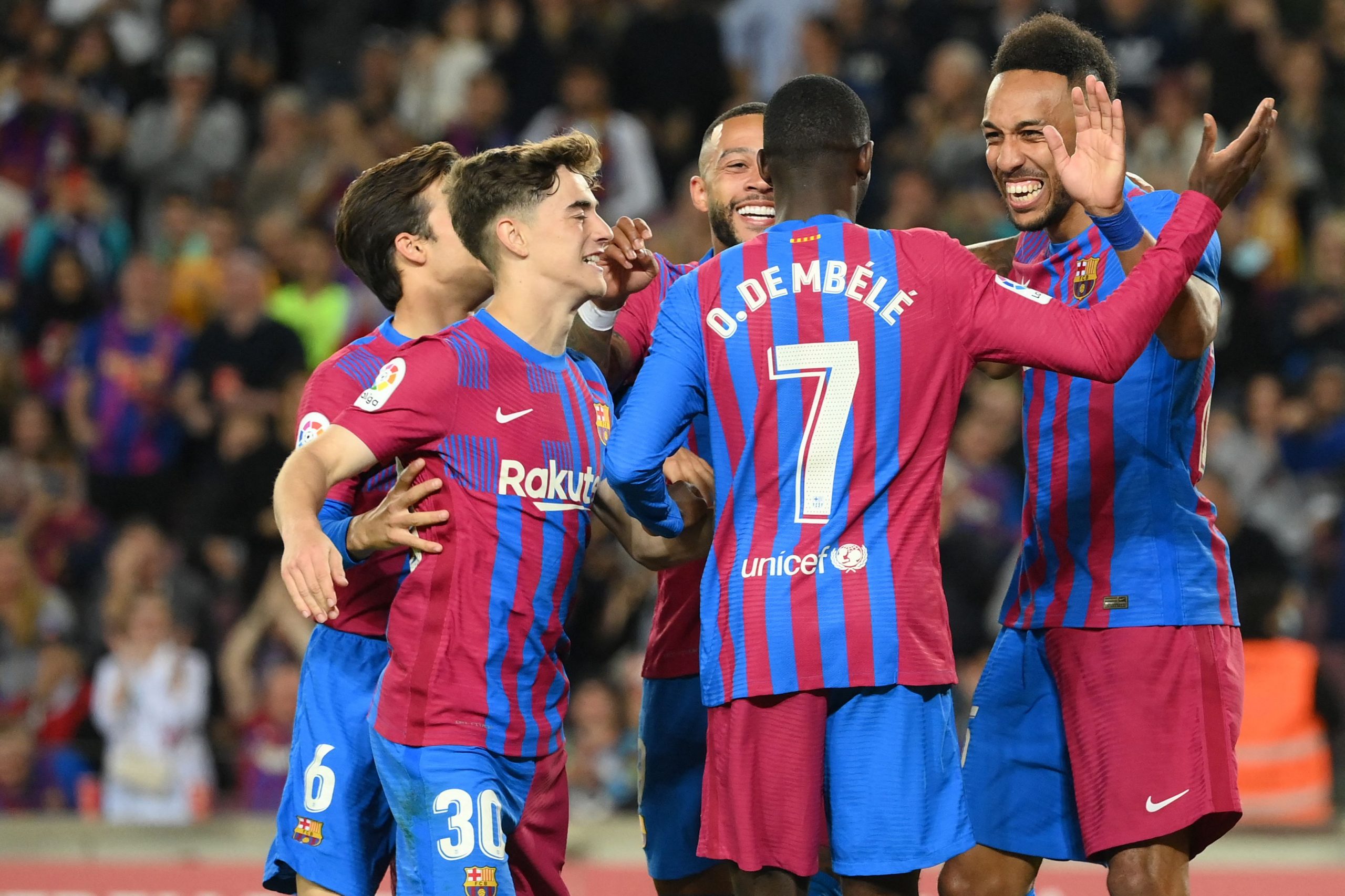 Barcelona hosted Celta Vigo at the Camp Nou for gameweek 36 of La Liga, and came out 3-1 as the victors after a scrappy performance. The hosts created several chances for not only themselves but also Celta, who did not make the most of them.

With the league essentially over, though, Xavi evidently wanted to experiment with the team, deploying a 4-2-3-1 on paper with Frenkie de Jong and Gavi in the double pivot.

A goal from Memphis Depay and a brace from Pierre-Emerick Aubameyang helped Barcelona pull off a win at home, but the highlight of the game, unfortunately, was an injury to Ronald Araujo, who left the pitch in an ambulance.

We take a look at the individual performances that dictated this game.

Made a crucial near-post save in the first half and was pretty impeccable with his passing as always. Almost immediately went downhill for him, though, as he gave away the ball that led to Iago Aspas’ goal.

A disasterclass from Alves, who was very clumsy in possession, and did not put enough power on several of his passes. He was easy to press, and offensively contributed zilch.

Not the best game for Araujo, who looked out of touch with his teammates. Gave away the ball that created a chance for Aspas and did communicate well enough with ter Stegen for Celta’s goal.

BU lends its regards to the defender, wishing him a speedy recovery.

Garcia did not have a lot to do initially but made some crucial interceptions near the edge of the box to halt Celta’s counter-attacks. Was the better centre-back for most of the night, but eventually created an absolute sitter of a chance for Celta who did not end up capitalising.

Alba was clearly in high spirits following his game-winner vs Real Betis, and was the best performer in defence for Barcelona. His vision created a lot of openings, and was unlucky to not walk out of the game with an assist.

Gavi was comparatively more passive compared to his previous showings, which was understandable since he was playing in an unfamiliar role. Did much better in the second half, though.

De Jong was deployed in his highly-favoured double pivot and had a tremendous game. He looked much sharper defensively, and, even after moving to a sole defensive midfielder role in the second half, maintained his level. Encouraging signs, certainly.

There is not much to say about Ousmane Dembele other than he is the biggest game-changer Barça have in their ranks. Two assists tonight take him to the top of La Liga’s assist charts in half the game-time Karim Benzema, who is second with 11 assists.

Memphis started in the #10 role and looked very comfortable. He combined well with the rest of the attackers, and made several penetrating runs behind the defence. Got the opener, and got Jason Murillo the red card which completely shifted the momentum.

Yet another subpar game from Ferran Torres as he was subbed off at half-time after little to no impact.

Aubameyang looked clumsy in the opening stages and gave away the ball a few too many times. Ended up scoring two goals, though, taking his tally to 11 goals in La Liga in just half a season.

Puig came on at half-time and did well for the most part. Increased the tempo and even came close to scoring.

Not much can be taken from Fati’s game, other than every Barcelona fan is happy that he is not injured after a dangerous tackle in the closing minutes.

Lenglet had to defend a 3-1 lead for nearly 30 minutes and did well.

Luuk missed a good chance to increase the lead, but, to be fair, had too little time to gain momentum.