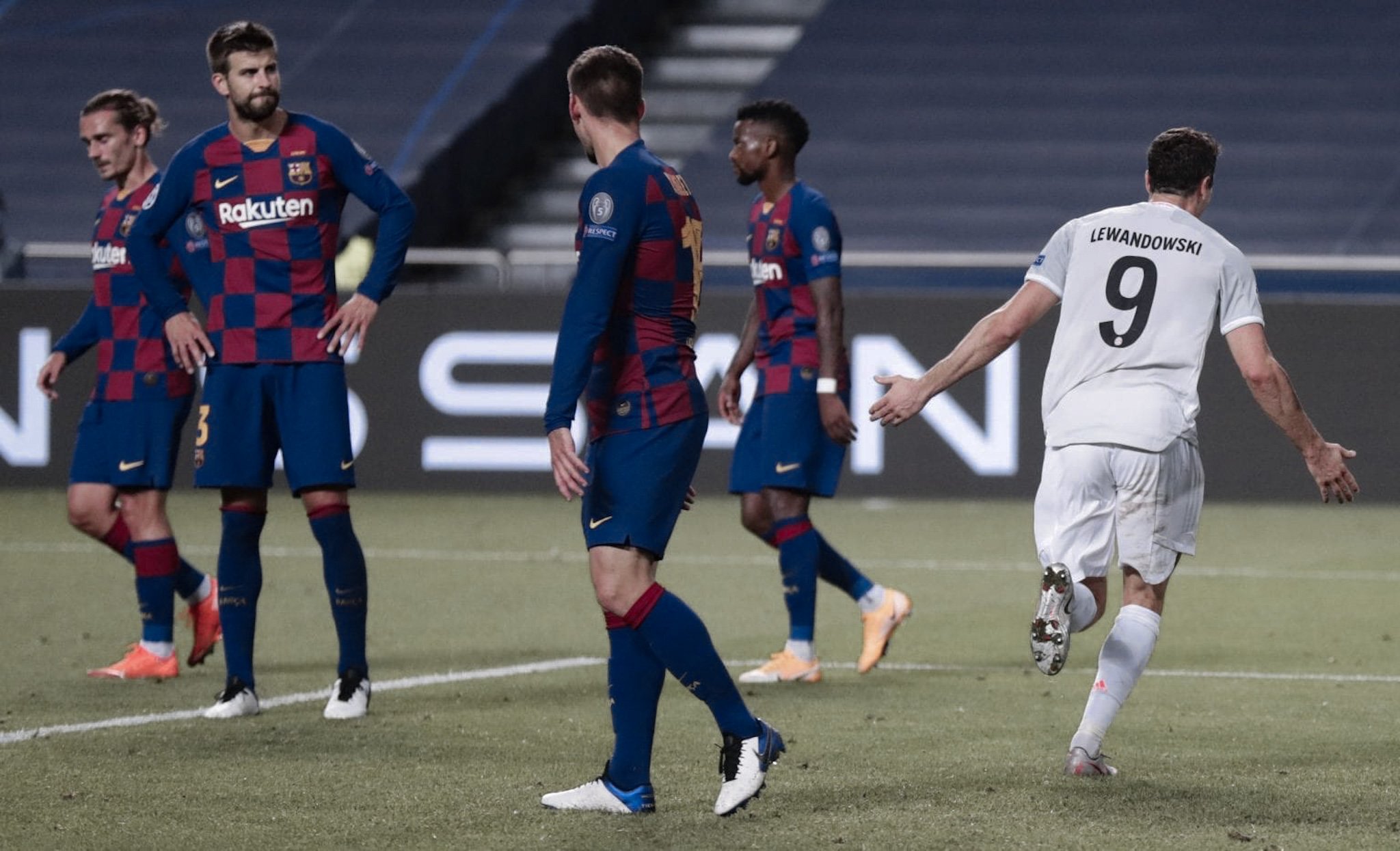 A match summary / review of the Barcelona 2-8 Bayern Münich game.

Men vs kids. Barcelona came into this game with no confidence at all while Bayern were on top of the world from the start. Sergio lost the ball from the kickoff; the defence sank in four minutes, and the bit of rebellion the Blaugranas showed was nothing compared to Bayern prowess. Literally, Barça suffocated from long balls, and that’s how the first goal came. A long ball to Alphonso Davies and a cross later, Thomas Müller put the ball in the back of the net with a slow volley. The first half was punctuated by long balls, and Lenglet’s chip as he spotted Jordi Alba’s run made Alaba panic and finish it nicely in his own goal. After that goal, Barça showed some will. Suarez missed a one-on-one and Messi hit the post. After that, Bayern turned on the afterburners and blew Barça. Perisic’s powerful shot that came after Roberto lost the ball in the most dangerous area ended up in the back of the net, and Thiago’s dinked ball came nicely into Gnabry’s feet for a smooth finish. Another defensive mistake later and Barça would concede Müller’s second from close range. Everyone was abysmal from Barça’s side, even Messi and Ter Stegen. Sad.

The start of the second half was calmer than the first. Not because Barça had woken up a bit, but because Bayern took their foot off the gas while still being dominant. Griezmann came on at half-time, but he did not change anything. Bayern showed their dominance by scoring again, but it was offside. On this offside goal, Thomas Muller walked his way to a pass, and it ended up in the back of the net. Suarez epitomised Barça’s season by showing glimpses of talent in a side bereft of all ability and football skills. His neat finish was beautiful, but only a consolation prize for the worst Barça team to feature in the Champions League recently. Bayern then went into a rampage, and Alphonso Davies danced in the defence and made Semedo a fool while giving the ball to Kimmich for the fifth. Soon, as Setién watched with minimal changes, Robert Lewandowski got his name on the scoresheet to aggravate the score a bit. The most embarrassing point of the night saw Phillippe Coutinho score twice and it was 8 for Bayern. Barça showed nothing and deserved nothing. It was deserved and sad to see this giant play like Bambi on ice.