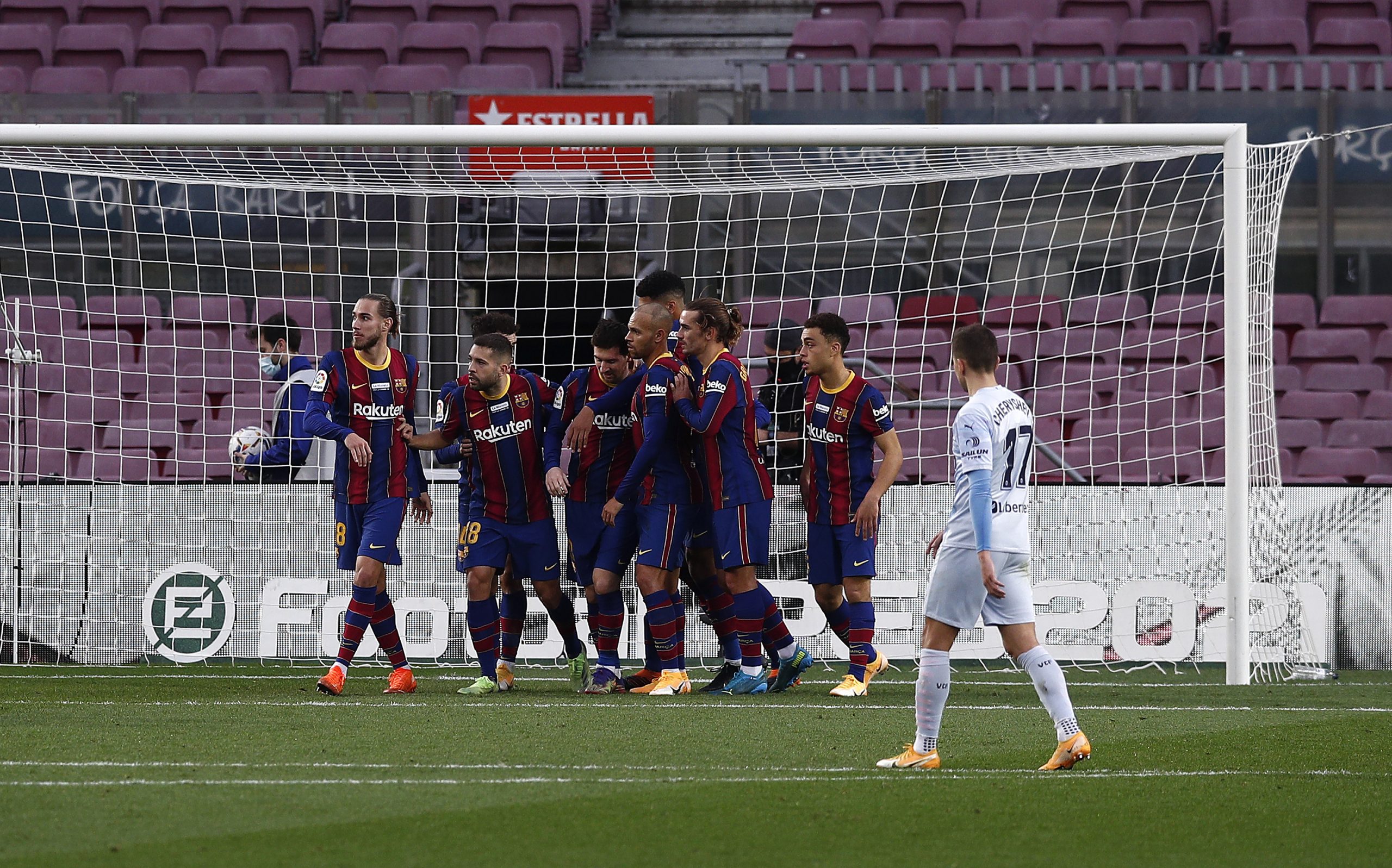 After a resounding success against Real Sociedad in midweek, Barça had to win at home once again. Against a depleted Valencia side, Ronald Korman went for a bizarre lineup. It resembled a 4-1-4-1 and had Philippe Coutinho next to Lionel Messi. The former came in for Frenkie de Jong, who felt some discomfort before the game.

Defensively, the home side looked really sound and tamed Valencia’s attackers. Oscar Mingueza and Ronald Araujo did a wonderful job once again by stopping every counter attack and building well from the back. Araujo went down before Valencia’s opener as José Gayá’s tackle was too much to handle. The Uruguayan gem had stopped a certain goal.

After that scare, Marc-André Ter Stegen made a superb save, but it only resulted in the corner that led to the goal. Mouctar Diakhaby, completely unmarked in the box, lept above everyone and scored the opener. In the 45th minute, the German goalkeeper made another insane save to deny Valencia once again.

All in all, the Catalans had an abysmal performance. It was painful to watch, even though Barça tried to get it together and were awarded a penalty before the half-time whistle. Antoine Griezmann, running through on goal, went down after a push from Gayà. Messi equalled Pelé’s record of most goals for a single club after missing his penalty but connecting with Jordi Alba’s cross. Still, the Catalans should have done better in that first half, and Koeman had to rile them up in the dressing room.

Barcelona had to win convincingly in the second half. Frenkie de Jong replaced Sergio Busquets, which meant Koeman did not change his system.

Ronald Araujo scored a super scissor kick on the edge of the area. The Uruguayan got the ball and surprised every Culé. It then looked like Barcelona were going to see off the game just as they did in midweek.

Valencia then found a leveller before the 80th-minute mark. After a superb pass from Gonçalo Guedes, José Gayá found himself in acres of space in the Blaugrana area. Maxi Gomez connected with the defender’s cross and equalised. Koeman then hoped to find a win as he subbed on Francisco Trincão, Clément Lenglet and Miralem Pjanic for Griezmann, Coutinho and Pedri respectively. The hosts looked lost as they could not find a winner.

All in all, the Catalan giants lost two significant points. Koeman has to find the solution to such a poor display. After an encouraging game in midweek, this performance was abysmal, and they have taken two steps back.