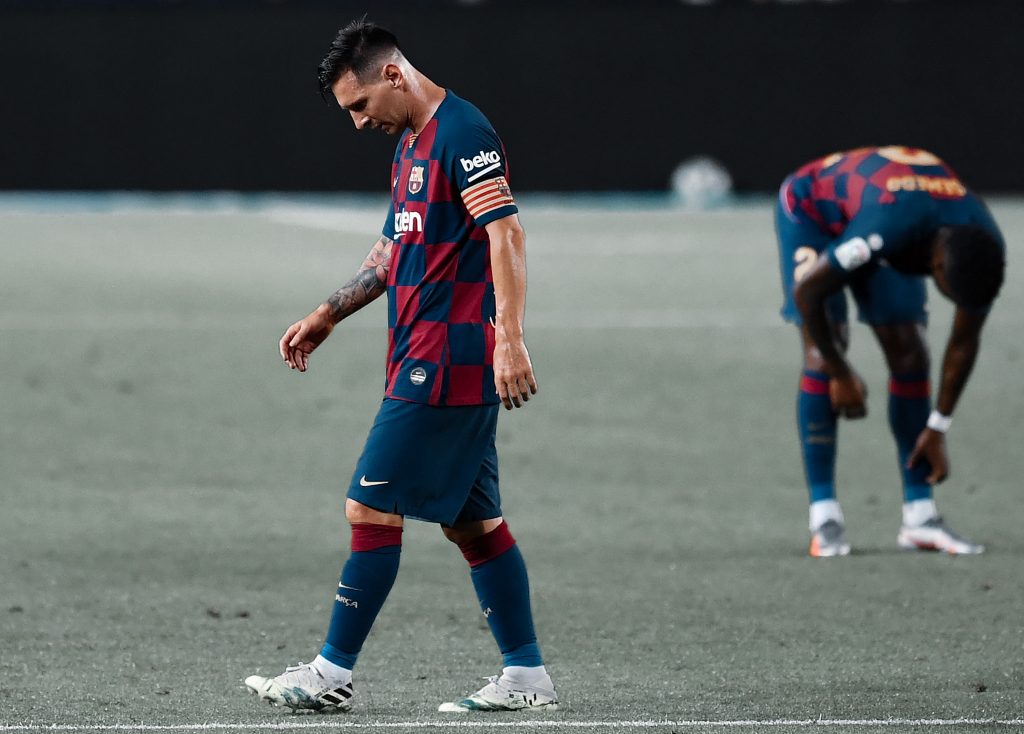 Full of thrill, drama and even controversy. A match summary of the Barcelona 2–2 Atlético de Madrid.

After a 2–2 draw on Saturday against Celta de Vigo which saw Real Madrid increase their lead on top of the table to two points, Barcelona had to win against nothing less than Atlético de Madrid if they wanted to keep the neck-and-neck title race alive. With all the noise surrounding the club and, especially, the quality of third-placed Atleti, getting the victory was not going to be so straightforward.

This game promised a lot, especially with the tensions growing in the Barcelona camp and Atlético de Madrid’s form. Barça made a lively start to the game, sticking to their position in defence and attacking through the middle, that didn’t really work much at times. However, the culés tried to find some width with Nélson Semedo, but playing with only two attackers meant the Portuguese defender was alone on the right.

The counter-attacks played a big part in this game, as both goals came from counters. First, Barça’s counter led to Arturo Vidal’s backheel that landed on Saúl Ñíguez’s arm and a foul for the locals. Diego Costa stopped Lionel Messi’s free-kick, but he pushed the Argentine’s later corner into his own net.

Atleti went a bit more attacking, and Yannick Ferreira Carrasco’s mazy run was stopped violently by Vidal in the box. Diego Costa took the initial penalty, saved by Marc-André ter Stegen, but the German was off his line and had to be repeated after VAR’s checking. Saúl took the second penalty and scored in the same corner Costa shot into.

The game then slowed down, with Barcelona dominated possession and slowly trying to destroy Atlético methodically, to no avail. After some Riqui Puig magic near the rojiblancos‘ box, Jan Oblak stopped a Messi free-kick that was headed for the top corner. Barcelona played well, but a lack of concentration shattered their efforts as they headed into half-time tied with one goal each.

Barca came into the second half with a plan, and they executed it nearly perfectly. The movement improved for the culés, something they badly needed. The ball carriers, especially Riqui Puig and Sergi Roberto when he came on, did well to take the ball out of the defence and move it forward for attacks to happen.

Early in the second half, Nélson Semedo won a penalty after a great pass and a cheap trip from Felipe. It was harsh on Atlético because there was minimal contact between the two defenders, but Messi scored a panenka for his 700th goal as a professional.

His celebrations were cut short by an event VAR could have probably cancelled, much like the third goal of the game. Yannick Ferreira Carrasco tripped in the box, slightly contacted by Semedo, and won his second penalty of the game. Saúl scored as Ter Stegen’s hands weren’t firm enough to stop the ball.

For Barça, they played well, trying to respect what they believe and would rightfully feel aggrieved after such events. For Atleti, they have the right to feel aggrieved after the calls, but ultimately did not deserve the win, neither did Barcelona. It was a fair result from the outside, but not from the inside.

That brings an end to the match summary of the Barcelona 2–2 Atlético de Madrid.