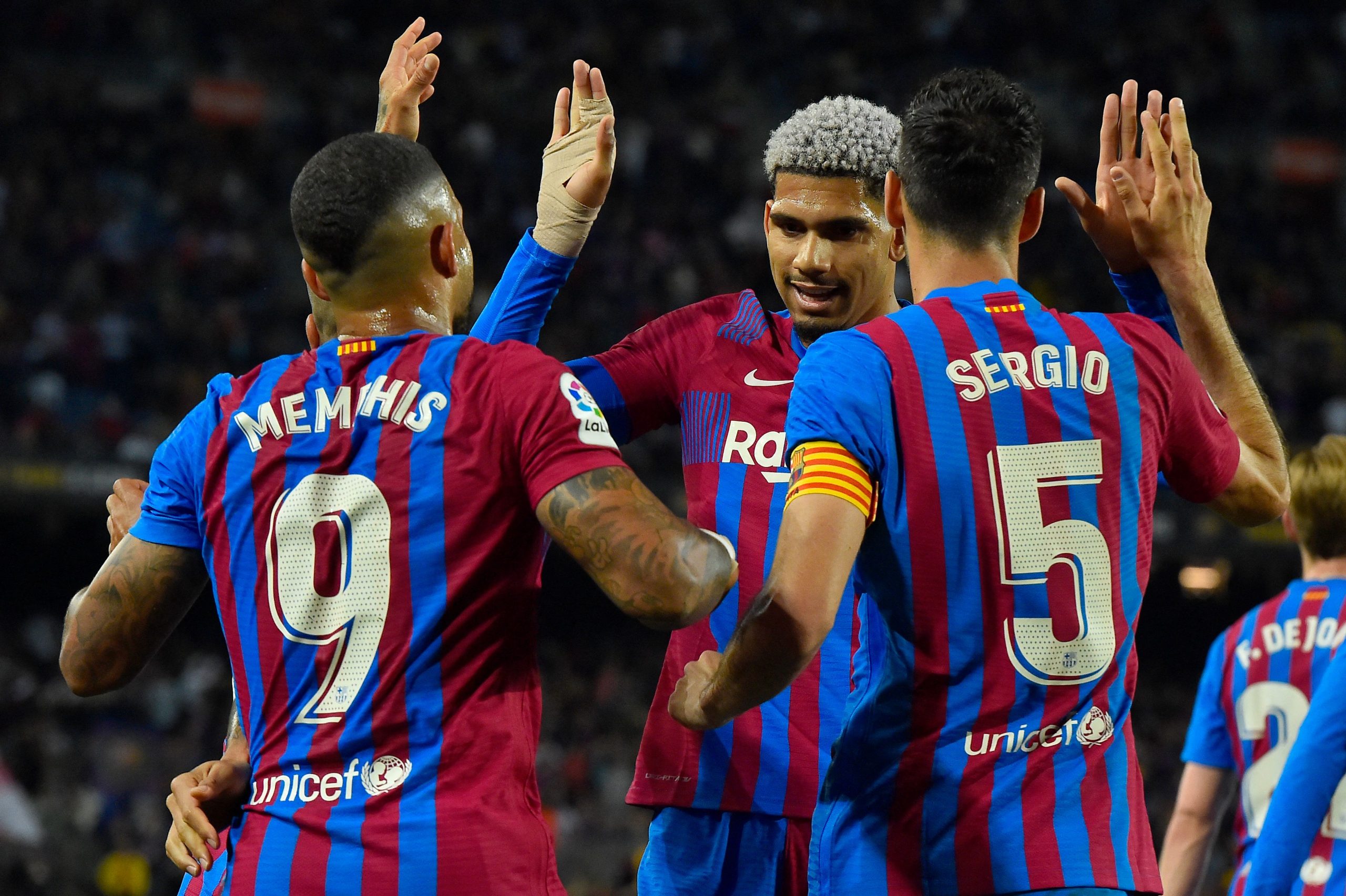 Barcelona and Mallorca met at Camp Nou in a clash that saw both sides desperately chase a win for different reasons. While the Blaugranas were determined to put an end to their miserable home form, the visitors needed a win to stay out of the relegation zone.

Xavi Hernandez opted to make a few tweaks to his starting lineup on the night. Dani Alves returned at right-back, with Gerard Pique and Ronald Araujo playing as the central defenders. In the final third, Ousmane Dembele was given a rest and Memphis Depay started in his place.

The first big opportunity of the game fell to the hosts when Gavi sent in a perfect cross to Pierre-Emerick Aubameyang. The striker made good contact with the ball, but his header was well-blocked by Rico.

In the 19th minute, Mallorca wasted a glorious chance. The Palma based side started the move through Olivan who volleyed the ball towards goal. It eventually fell at the feet of Nino who missed a close-range shot.

Ronald Araujo thought he had secured Barcelona’s opener in the 24th minute, but his header was called offside by the referee. Yet, it did not take long for the Catalans to strike again.

Less than a minute later, Memphis Depay opened the scoring. Jordi Alba found the Dutchman with a sensational ball over the top, and Depay made no mistake in putting it past Rico.

Gerard Pique was replaced by Eric Garcia in the 28th minute. The Spaniard couldn’t play through the pain on the night, forcing Xavi to make an early change. Nevertheless, it was a solid display for half an hour from Pique.

The final ten minutes saw Mallorca with some spells of possession. Yet, the visitors could not find a way to break through Barcelona’s defence and the first half ended 1-0 to the Blaugranas.

Five minutes into the second half, Depay found Gavi in space and set up a shot for the 17-year-old. Gavi fired it to the corner, but Rico made a fabulous save.

Barcelona’s lead was eventually doubled in the 54th minute, and deservedly so. Torres’ shot rebounded into the path of Sergio Busquets who placed it into the corner with his left foot.

A comedy of errors in the Mallorca box saw Barcelona score the third goal in the 71st minute. Busquets’ cross found Depay at the far post who headed it across the face of the goal. The ball fell to Ferran Torres whose initial shot was blocked. The Spaniard scored the rebound, but the goal was disallowed for offside.

In the 75th minute, Ansu Fati made his return from injury in front of a brimming Camp Nou. Dembele was called upon too to seal the game for Barcelona.

Three minutes later, Mallorca pulled one goal back. Salva Sevilla sent a wonderful freekick into the Blaugrana area and Raillo directed the ball past a helpless Ter Stegen.

The closing minutes of the game saw the hosts create a few chances, but fail to execute the finish. The game ended 2-1 in Barcelona’s favour at Camp Nou, putting an end to their losing streak at home.