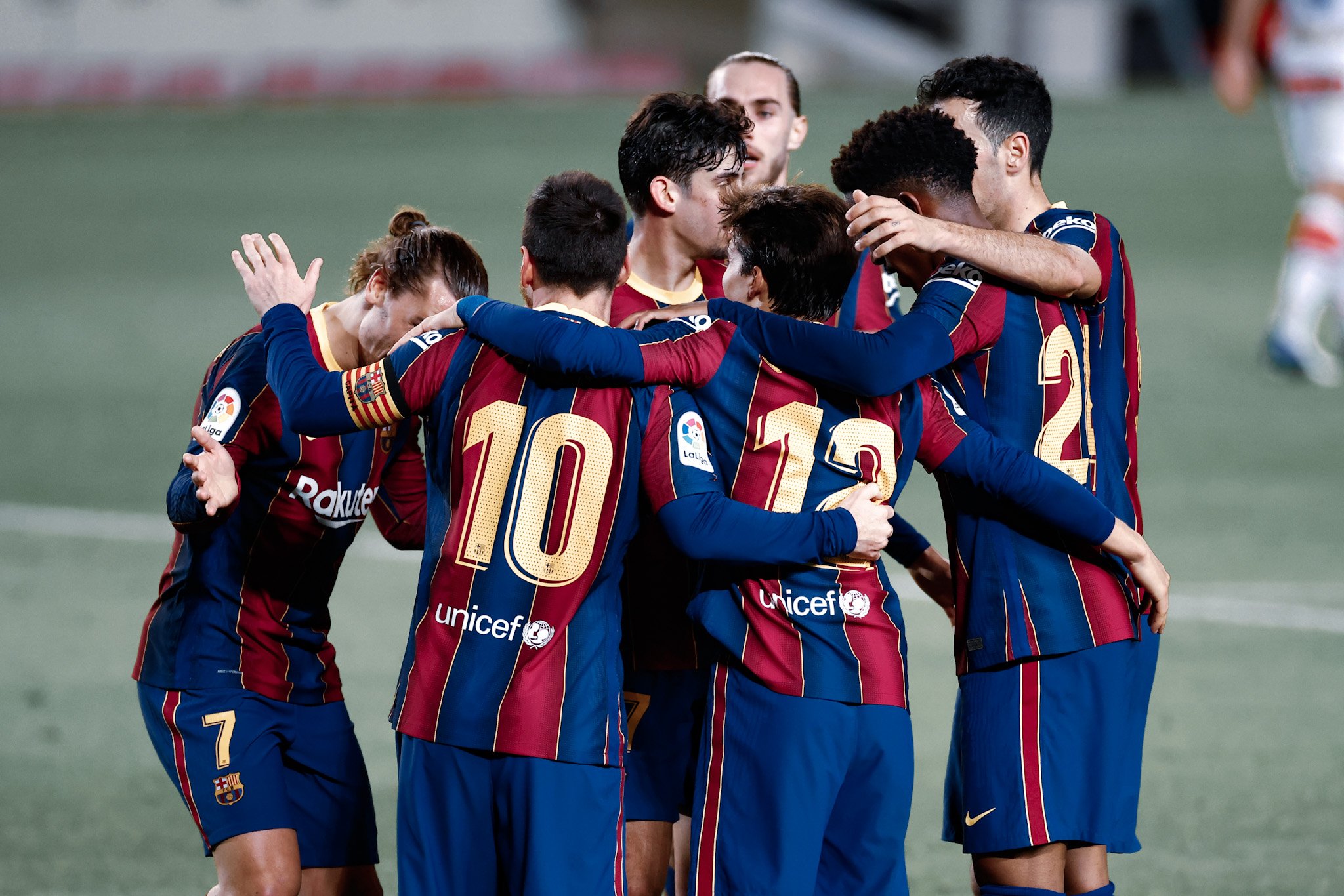 In La Liga, every club could be a dangerous opponent. At home against Deportivo Alavés, Barcelona kept their foot on the ball for the whole half.

The regular starters looked drained while fringe components of the squad were lively. For a solid 20 minutes, Barça kept making sloppy passes and Alavés went on the counter more than once.

Both sides looked out of it. However, the Catalans’ class showed, and the visitors were no match for them. At half-time, one team was in front and playing better.

Mistakes have been the story of the season so far for Barcelona, and this game showcased yet another one. As Alavés found a way to alleviate the score, the locals kept fighting to get back their lead.

The Catalans created many chances, and, as usual, were missing their finishing boots. However, Alavés were in no way, shape or form threatening enough and ultimately Barça steamrolled their way towards a victory.

In short, Barça got a superb thumping win thanks to Trincão and Messi. Overall, the Basque side was lightwork for Ronald Koeman’s men.

30′ GOAL! Barcelona 1-0 Alaves: Trincão gets the second goal of his Barça career! Oscar Mingueza gets past the Alavés defence, as his cross finds Ilaix Moriba. The debutant, lurking in the box, then spots the Portuguese winger whose shot is picture-perfect—advantage Barça.

36′ Messi scores, but it gets called offside: Sergio Busquets sends a sublime pass towards the path of Griezmann. The World Cup winner misses his one-on-one, but Messi scores in the empty net. VAR deems Griezmann offside and disallows the goal.

45′ GOAL! Barcelona 2-0 Alaves: The Barcelona captain fires an insane shot from afar after receiving the ball near the middle of the park. His shot hits the post before doubling the way. Busquets gets the assist.

57′ GOAL! Barcelona 2-1 Alaves: Alavés get themselves back into the game. Moriba is completely unmarked but decides to pass to Luis Rioja who, just like at the Mendizorroza, scores for Alavés.

74′ GOAL! Barça 4-1 Alavés: Messi did not take that miss too well, and straight from kick-off, as Alavés lost the ball stupidly, Messi gets his feet on the ball and scores from 35 yards. Griezmann gets the assist.

80′ GOAL! Barcelona 5-1 Alavés: Junior Firpo now! Messi sends Griezmann through, and the Frenchman squares it towards Firpo who gets his name on the scoresheet.