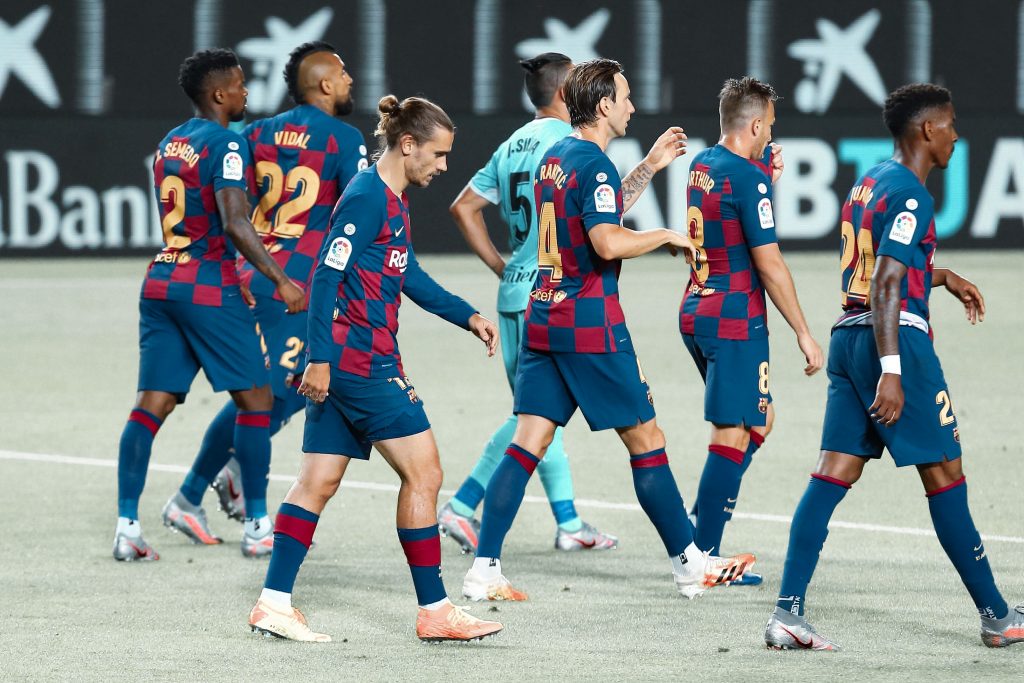 After a 2–0 victory over CD Leganés at the Camp Nou, these are the ratings from each Barcelona player last night.

A valiant display from Barcelona against Leganés helped them achieve the 3 points as goalscorers Ansu Fati and Lionel Messi got their side past the finish line. While the game never proved to be a walk in the park for the blaugranas, collectively, the team looked in form and in sync.

Another day, another clean sheet for Marc-André ter Stegen. Although he was lucky to have Clément Lenglet and the woodwork save him on two occasions, Ter Stegen was incredibly pivotal to Barça’s build-up play with his participation on the ball playing a massive factor. Completing 35 out of 36 passes, the 28-year-old proved why he is arguably one of the most complete keepers in the modern era.

Gerard Piqué was almost caught off guard in the opening stages with Leganés ever so close to taking the lead, but as the Spaniard slowly grew into the game, his presence became far more noticeable. Piqué was seen breaking up a couple of well worked moves from the opposition and distributed the ball with tremendous efficiency. However, in the second half, he seemed to have taken a nasty knock to the knee, which eventually forced him to come off for Samuel Umtiti.

❛ Piqué collided and I think he needs some stitches. I don’t think his injury is serious ❜

French international Clément Lenglet couldn’t have asked for a better outing on his return to football. With his profound positioning, excellent reading of the game and crucial goal line clearance in the first half, Lenglet displayed a commendable performance in defence. He successfully kept Leganés’ nifty forwards at bay and never put a foot wrong.

Improvement was evident in young Junior Firpo’s gameplay as he contributed to the scoreline with an assist to Ansu Fati and displayed adept positioning. Although his link-up play was impressive, defensively he is far from perfection.

Despite owning the right hand side against Mallorca, Sergi Roberto seemed wobbly in defence and was exposed on several instances. His contribution in attack was also surprisingly minimal, which eventually led to him coming off for Semedo.

Sergio Busquets looked exhausted and lethargic in midfield as he was taken off in the second half. Nonetheless, props must be given to him for, as always, bringing balance in the centre of park and lending his services at the back.

Mediocre display for Arthur Melo, who had high expectations coming into this match. Whilst he displayed some applaudable ball retention skills and maintained possession in tight areas, there was no penetration or drive from the midfielder. Often playing pointless wayward passes, he was replaced by Riqui Puig, who was incredible in his short time on the pitch.

Despite being a surprise inclusion in the starting XI, Iván Rakitić displayed a decent performance. He linked up well with surrounding players and knew which positions to occupy. In spite of lacking creativity in his gameplay, the Croatian was important to Barça’s patient build-ups.

Breaking the deadlock in the 42nd minute of the game, Ansu Fati bamboozled the opposition with a stunning strike at goal. The youngster was a constant menace on the left flank as he not only had some fancy moments on the ball, but also stationed himself with immense maturity. An electrifying exhibition helped Fati lead his side to victory.

Although Lionel Messi had a fairly quiet first half, he was determined to obtain the three points after proceedings. He was genuinely toying with defenders, forcing them to disrupt his movement with unpleasant tackles. Nevertheless, Leganés were still unable to contain him as he scored a well placed penalty and provided spectators with several magical moments on the ball.

A grim and dull performance from a player who once displayed great signs of adaption. Antoine Griezmann, similar to the game against Mallorca, failed to establish his authority in the final third. While he was unfortunate to have his goal ruled out, there was barely anything noteworthy about his performance. An improvement in the second half was apparent, but the Frenchman must bring more to the table in order to suit the club’s requirements.