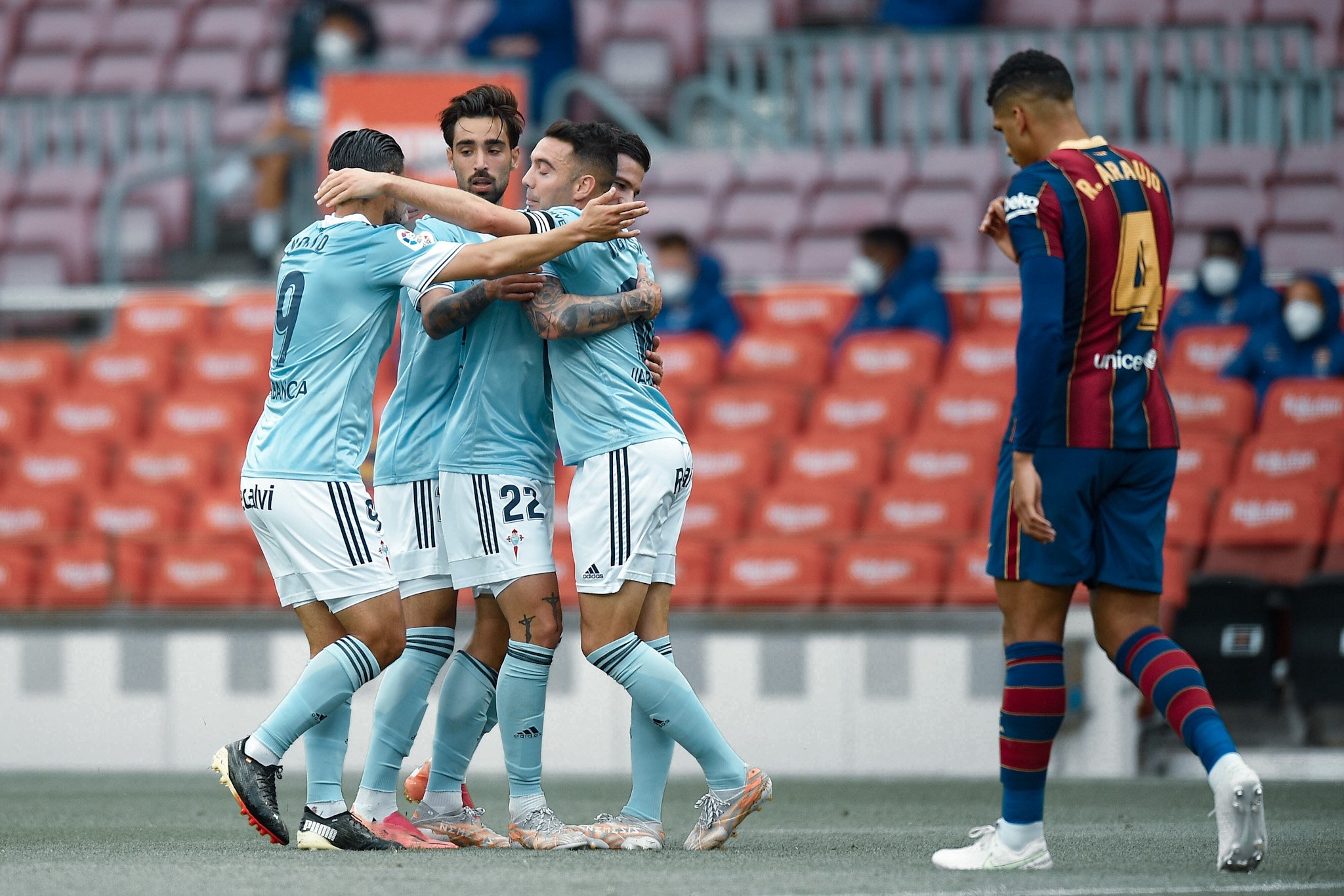 The draw against Levante put a dent in Barcelona’s title race, but the Blaugranas still had a chance if they beat Celta Vigo on Sunday. Playing simultaneously as their two rivals, they would not have to worry about past or future games. While Real Madrid won in Bilbao, Atletico won at home to Osasuna. Barcelona, on the other hand, lost to a Celta Vigo side that proposed nothing.

The Galicians had two shots on goal all game and still managed to steal points from the locals. Lionel Messi and Santi were the scorers in what was an incredibly dull game. Clément Lenglet was sent off near the end of the game, but this did not change anything for the game’s outcome.

Barcelona had great chances. Antoine Griezmann missed an opportunity early, and Ousmane Dembélé and Lionel Messi proceeded to miss many others. Sergio Busquets thought he had given the win to his side when his insane pass found Messi’s head. The Argentine opened the scoring, and Barça went into sleep mode afterward. At the end of the game, Martin Braithwaite missed an open goal and denied his side the win.

For Celta, they did nothing for most of the game. Their first goal came from some shocking defending by Barcelona as Marc-André Ter Stegen ball-watched. Santi Mina scored what was the equaliser before Celta found a winner. Denis Suarez sent a cross into the post, and Mina scored an opportunistic volley.

In the end, winning this game was important but not crucial to the title race. Real Madrid won their game, and so did Atletico Madrid. However, the Blaugrana players’ attitude was insanely disappointing. The locals looked lost and let yet another game where they led slip. Celta, like Granada and Levante, should have never made a comeback. Ronald Koeman and his men have many aspects to reflect upon.