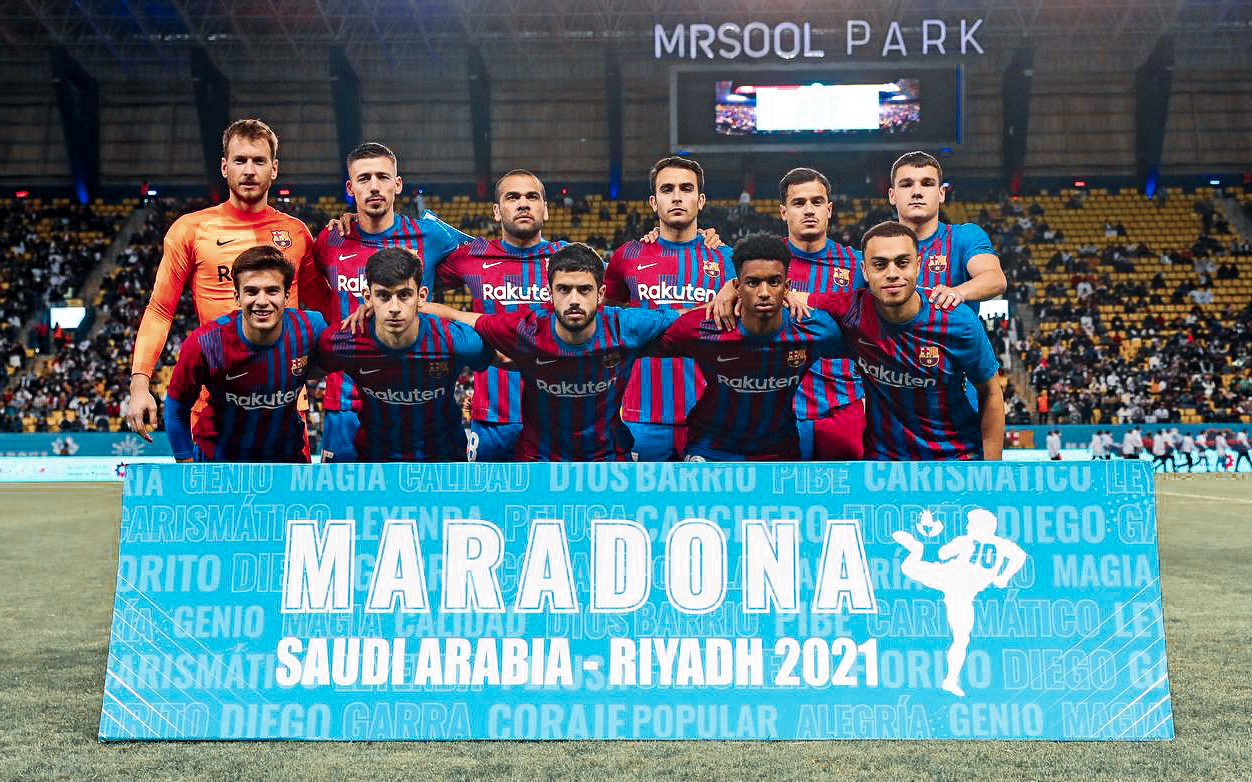 Barcelona took on Boca Juniors in the Maradona Cup on Tuesday. The match was held in honour of Diego Maradona’s death anniversary earlier this week, as the two sides went head to head in order to win the silverware.

After a long and gruelling fight, it was the Argentine side that came up on top via a penalty shootout. Barcelona possessed character but lacked the effectiveness required on the night. Here are the player ratings from the game against Boca Juniors.

The Brazilian goalkeeper started for the team and played a considerable role in preventing several goals, mostly through some excellent sweeping. While he could have done better for the equaliser, blaming him would be unreasonable.

The good crazy is back. Life is good.

Eric Garcia was the manager’s first-choice centre-back for a while before eventually falling down the pecking order. At present, the youngsters is no longer an undisputed starter. On Tuesday, Eric got another chance to take control of the defence and lead from the front. He did fairly well.

The former Sevilla man was the captain of Barcelona on the night. Lenglet was not free from mistakes himself, but undoubtedly the better of the centre-backs on the night.

In Jordi Alba’s absence, Balde received a start at left-back. Yet, the teenager did not utilise his opportunity to the fullest. Though relatively stable in possession and in defence, Balde’s presence in the final third was subdued.

The goalscorer on the night had a relatively silent performance, unlike his statistic would suggest. Jutgla gave Barcelona the lead in the 51st minute when his quick turn in the box and whipped shot curled into the corner of the goal.

The La Masia centre back had a less than ideal performance on his debut. Needless to say, he did not handle the pressure with ease. He gave away possession several times and was out of position a lot.

The Austrian has reportedly been frozen out of action owing to a purchase clause in his contract that is close to being met. Nevertheless, he started against Boca and played as the no. 8. He had some promising moments, but given he is not a midfielder, he could only do so little.

Dest started on the left-wing on the night. The USMNT player showed tremendous skill in getting past Juan Ramirez and Frank Fabra, but sorely missed the final ball that could have been telling.

Riqui Puig grabbed the chance given to him with both hands and was the best player alongside Dani Alves on the night. He created several chances and took the game seriously.

With an inexperienced team against a weakened opposition too, Coutinho seemed far from doing anything productive. His shots were often far-fetched, and his dribbles unnecessary.