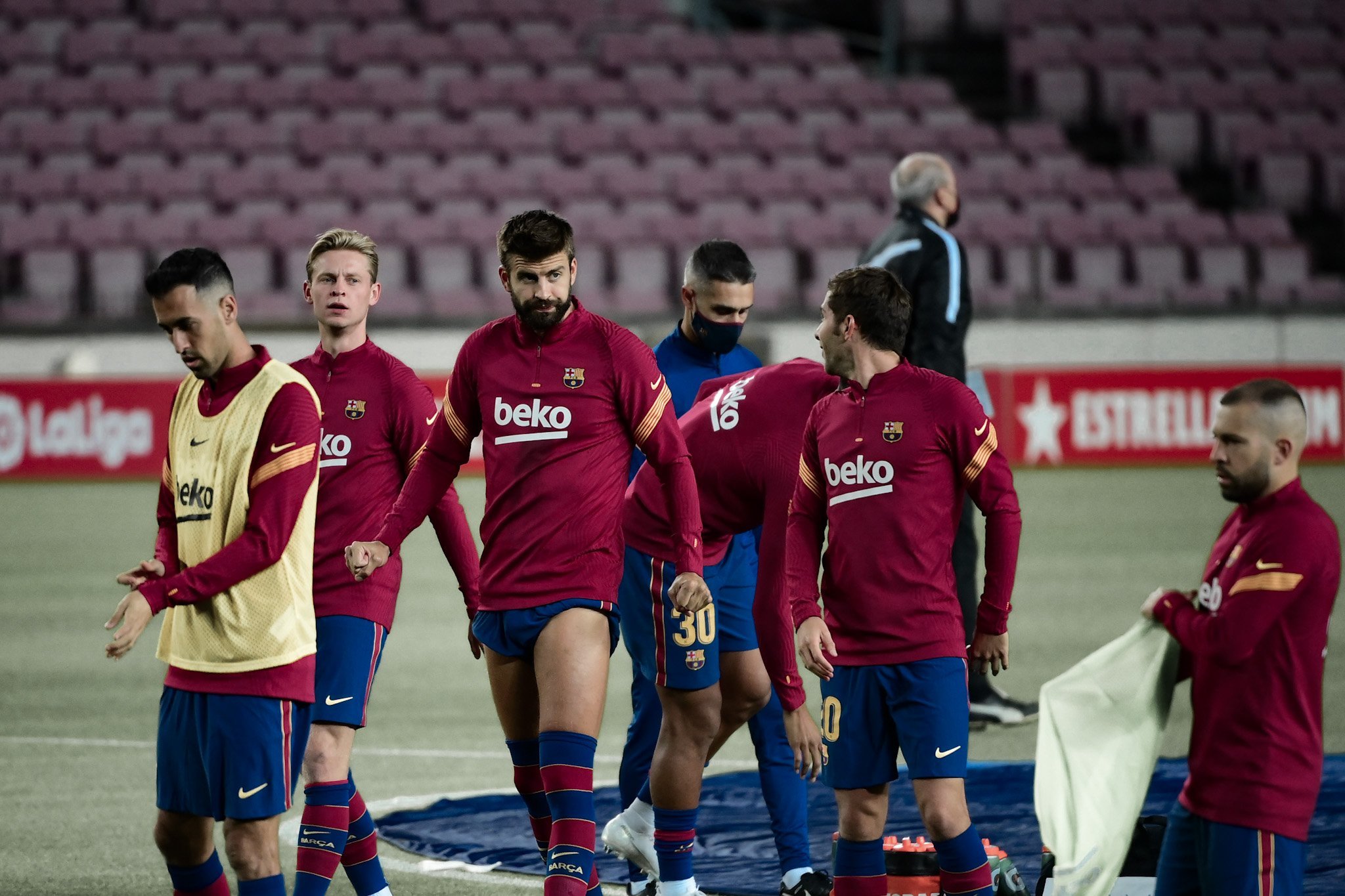 After Barcelona managed to display two exceedingly convincing performances against the likes of Villarreal and Celta De Vigo, the club seemed to have lost it’s previously exhibited flare by a tremendous margin. While it’d be unfair to label the encounter with Seville as a poor performance and take no notice of the recent progression Koeman’s side made, having no real focal point in the attack cost the Blaugranas fatally in the final third. Furthermore, the nonexistent right flank before the hour mark made plays considerably predictable. With Lopetegui’s men proving to be a tough nut to crack, here’s how the players fared in their 1-1 draw at the Camp Nou.

While Sevilla were always a threat moving upfield, Neto was rarely tested between the sticks and was beaten solely on one occasion as Luuk De Jong hammered the ball into the back of the net, in a position where Neto simply couldn’t help but watch the ball glide past him. Even so, it could also be argued that he struggled with his distribution and ability to play out from the back, an attribute Ter Stegen seemed to have mastered.

A decent outing for the Spanish veteran as he remained solid for a majority of the game, making some vital interceptions and reigning supreme aerially. Piqué formed an imposing partnership alongside Ronald Araújo with the duo successfully denying Sevilla’s forwards from taking threatening glances at the goal.

After Clement Lenglet received a suspension against Celta Vigo, Ronald Araújo was tasked to start the high magnitude fixture. To the surprise of many, he did immensely well to replace the Frenchman. Araújo did ever so well to dispossess Sevilla’s forwards and was an undeniable asset with his distribution, a facet of his gameplay which tends to be frequently frowned upon. The Uruguayan’s pace and physicality allowed him to always be in the right positions at the right time.

Although expectations were high from the Catalan right-back, Roberto struggled to measure up to them against Sevilla, failing to provide additional support on the right flank and struggling to link up with Griezmann effectively. Sergi kept his own on the defensive end but was far from his best on the night.

Jordi Alba was an influential figure in Barça’s opener in the 10th minute, however, Jesus Navas gave the Spanish left-back a real run for his money in the final third. Alba managed to provide his services upfield, but looked slightly worn out due to starting three consecutive matches. Eventually, he went off after suffering a muscle-related injury in the second half. The international break should hopefully provide Jordi the ideal time to recover.

As opposed to Frenkie De Jong’s vibrant display at the Balaídos, the Dutchman looked poor in possession and confused on the field. Although it was visible that Busquets’ inclusion proved to be a hindrance for De Jong, it was also his inept decision making and tendency to release the ball at imprecise moments that deteriorated his performance. Koeman must quickly find the best version of Frenkie if the club desire to compete at the highest level in this campaign.

Sergio Busquets looked energetic and exuberant in the opening stages of the game, but little by little, he started to flounder against Los Nervionenses’ intense press, giving away possession frequently. Added to that, he was completely worn out after the hour mark, proving that providing him with sufficient rest is quintessential for Koeman.

Coutinho was possibly the star of the show for the Catalans in the first half, pressing the opposition with full commitment and positioning himself with tremendous maturity. A goal in the 10th minute to bring back both sides’ level was the ideal reward for his admirable displays as of late. Phill proceeds to be a vital addition of Ronald Koeman’s starting XI.

Entering this fixture with high hopes, it would be fair to say Lionel Messi struggled to do his insane talent justice on the night. Messi, after a relatively quiet first half, had some inspirational moments after proceedings, but nothing worthy of endless admiration.

Griezmann’s grieving form continues to raise several eyebrows as he once again failed to make a visible impact for the Azulgranas. While it may be a matter of positioning, the Frenchman’s body language is a clear indicator of his shortage of confidence. Antoine withered to an uninspiring figure on the right flank, where he was forcefully deployed to accommodate Messi’s participation centrally. As it stands, the duo seems to be incompatible in Ronald Koeman’s 4-2-3-1 formation.

The youngster was deprived of the privilege he usually has on the left flank with Sevilla looking to apply pressure on him the moment he’d receive possession. Whilst Ansu Fati was one of the few players producing width on the pitch and stretching the opposition, he failed to have his usual impact, which shouldn’t come as a surprise, given he is still a mere 17-year-old boy.